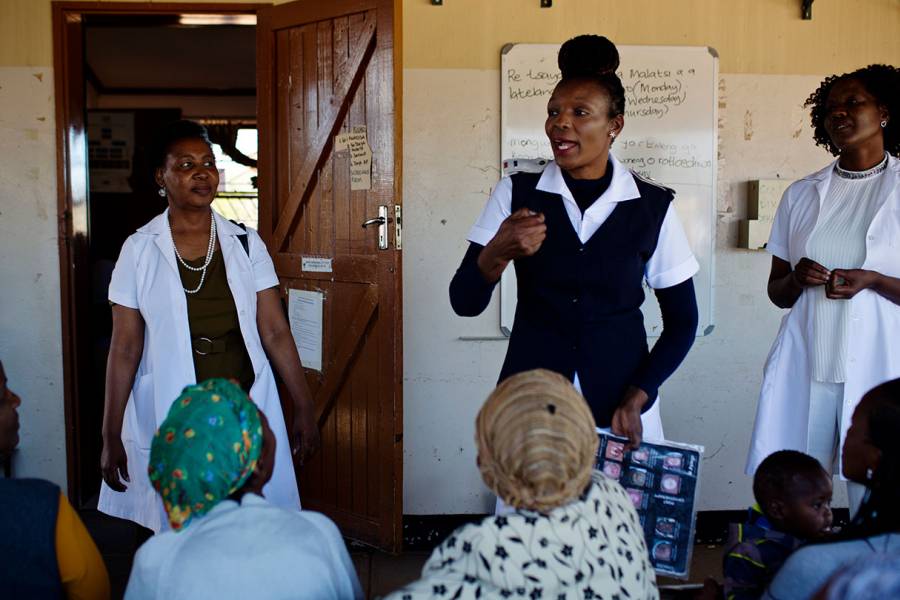 Koketso David, a 33-year-old hair stylist in Gaborone, Botswana, had good reason to be screened for cervical cancer.

One of her customers was diagnosed with an advanced stage of the disease, the top cancer killer of women in Botswana. David also lives with HIV, which can make her immune system less effective at clearing HPV, the common virus that causes cervical cancer. And not least, she is raising two kids alone. As a single mother, David needs to stay healthy for her 12-year-old daughter and 9-year-old son.

Still, like the majority of women in her country, she had yet to undergo the free screening covered by the government. She put it off for years—until the day Botswana launched a nationwide HPV DNA self-collection campaign, the only one of its kind in sub-Saharan Africa, where cervical cancer is largely ignored. Last year, this disease, though highly preventable and treatable, killed 311,365 worldwide. In Botswana, a country of just 2 million people, 166 women died from it in 2018.

On a recent sunny winter morning, David walked the short distance from her house to Nkoyaphiri Clinic for anti-retroviral therapy. Instead of going straight to work afterward, she lingered at the modest complex of brick and temporary structures. A health educator in the clinic's main waiting area was making a big announcement: In addition to the usual cervical cancer screening methods—Pap smear and visual inspection with acetic acid—a new option was available, enabling women to collect their own specimens, in private and, importantly, without requiring an invasive speculum. This program was developed in coordination with Jhpiego, a Johns Hopkins affiliate and global health nonprofit, to combat cervical cancer rates in the country and reach all women with lifesaving screening.

David went into a tiny consult room, where a nurse encouraged her to feel the soft brush designed for swabbing herself, and showed her how to swirl it in a specimen vial filled with liquid preservative. A machine would analyze the specimen, detecting the presence of high-risk HPV even before visible changes occurred in her cervix. She'd get accurate results fast, a big advantage in a country where women often wait months for Pap results—or never hear back—because labs and pathologists are few. 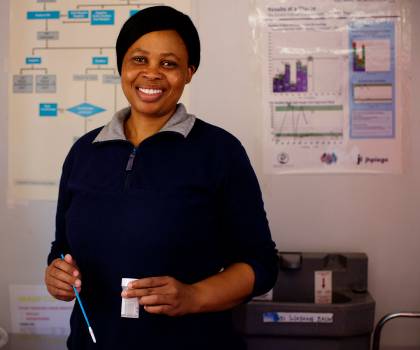 Image caption: Nurse Motlalepula Masiele showed Koketso David, a 33-year-old hair stylist in Botswana, how to swab herself to screen for cervical cancer.

David retreated to the bathroom, alone, with the brush and vial. Later, she spoke of the new method's appeal in Setswana, her native language, except for one word. "Speculum," she said in English, loud and clear and with pronounced distaste.

Unlike many of its low- and middle-income neighbors, Botswana has been on the leading edge of adopting innovative, low-cost technologies, according to Celina Schocken, executive director of TogetHER, a global partnership working to eliminate cervical cancer.

Alluding to both the 2015 rollout of a nationwide vaccine program for schoolgirls, and the August 2019 launch of the HPV DNA self-collection strategy, Schocken credits nurse researcher Kereng "Molly" Rammipi, a program coordinator at Botswana's Ministry of Health and Wellness, with relentlessly pushing her country's cervical cancer prevention agenda forward. From October 2017 to March 2018, Botswana partnered with Jhpiego to investigate the feasibility of a self-collection screening strategy that empowers women to take disease prevention into their own hands. Among the findings: 97.3% of 1,022 participants reported little to no discomfort and would recommend the new method to others.

Self-collection, Schocken says, makes the global goal of cervical cancer elimination by 2030 a real possibility. It "will increase the number of women who will be able to be screened," she says. "It puts less pressure on health facilities. And it requires less time by health care workers who, in Botswana and elsewhere, are overwhelmed." 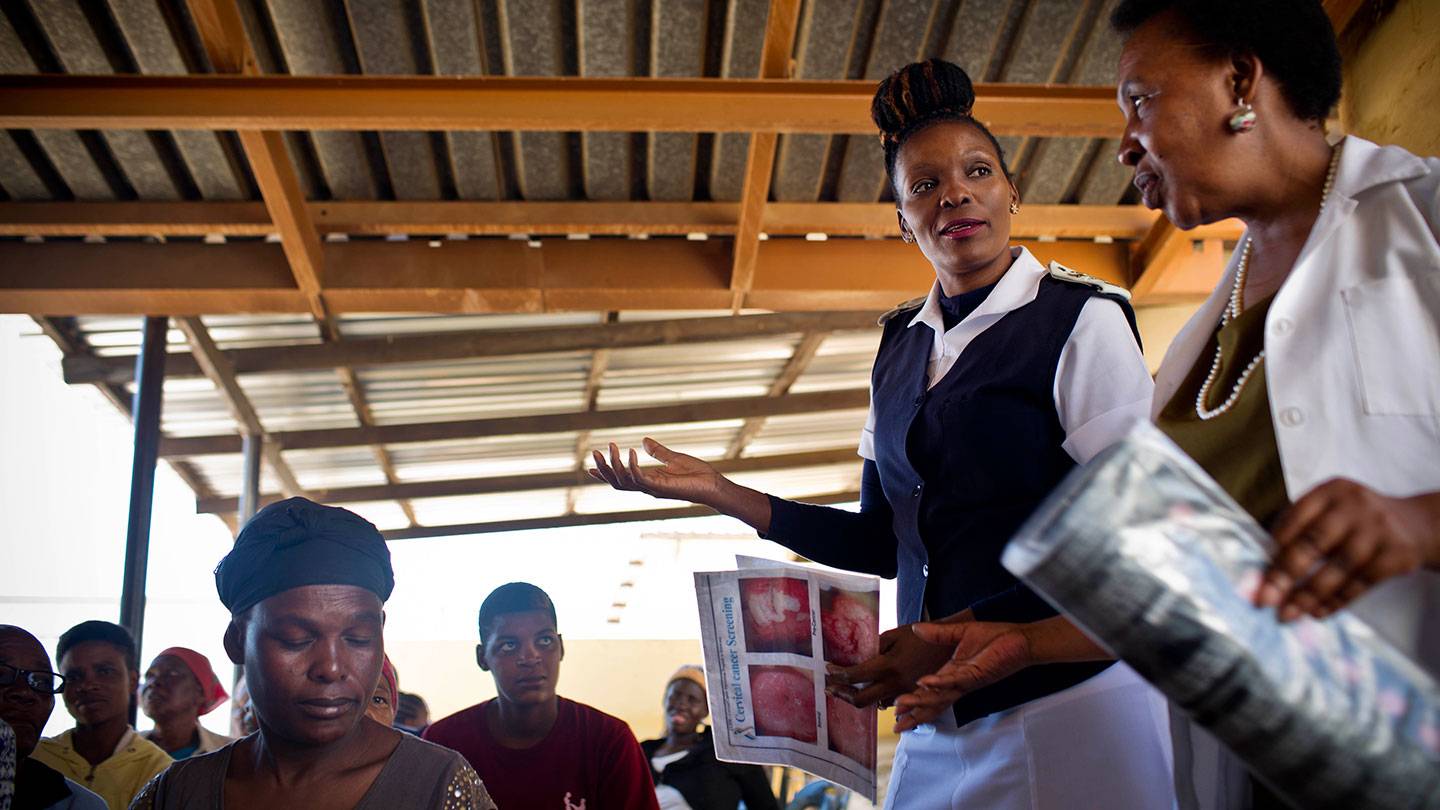 Rammipi says self-collection fits well into Botswana culture, shaped as it is by botho, a philosophy that recognizes interconnectedness and promotes mutual respect. "In teaching women the new screening method, nurses invite women to participate in their own care and prompt them to take responsibility for their own health," she says.

Some providers initially expressed concerns about the quality of self-collected specimens, Rammipi says, but evidence from Jhpiego-funded research and other studies showed the new method to be both accurate and effective.

In an exam room in Bontleng Clinic, clear across town from where Koketso David elected to self-collect, Chawangwa Letsholathebe holds the duckbill-shaped device that David dreaded enough to avoid screening. "Honestly, to have someone put a speculum in them, most feel their privacy has been invaded," the general practitioner says.

From an array of sterilized surgical tools next to an examination table, Letsholathebe unwraps a small electrical wire loop "which works like a hot knife on butter" to burn abnormal cervical tissue, she explains. A dozen patients are waiting, all presenting with lesions large and deep enough to warrant this procedure, which requires an anesthetic injection to numb the cervix.

Unlike David, Letsholathebe's patients have no choice now but to face their fears of device and disease. Had the new screening method been available years ago, Letsholathebe suspects she'd be treating far fewer women today. "If I were offered the self-collection option … I would prefer it," she says. "It's private, painless, easy."

Published May 16, 2018
New HPV screening strategy lets women collect their own samples in private, encouraging more to get screened 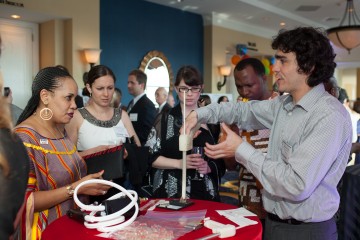 Published June 27, 2013
Jhpiego has saved millions of lives and improved health in more than 150 countries