The best job I've ever had

We asked readers to tell us about the best job they've ever had. Here's what they had to say. 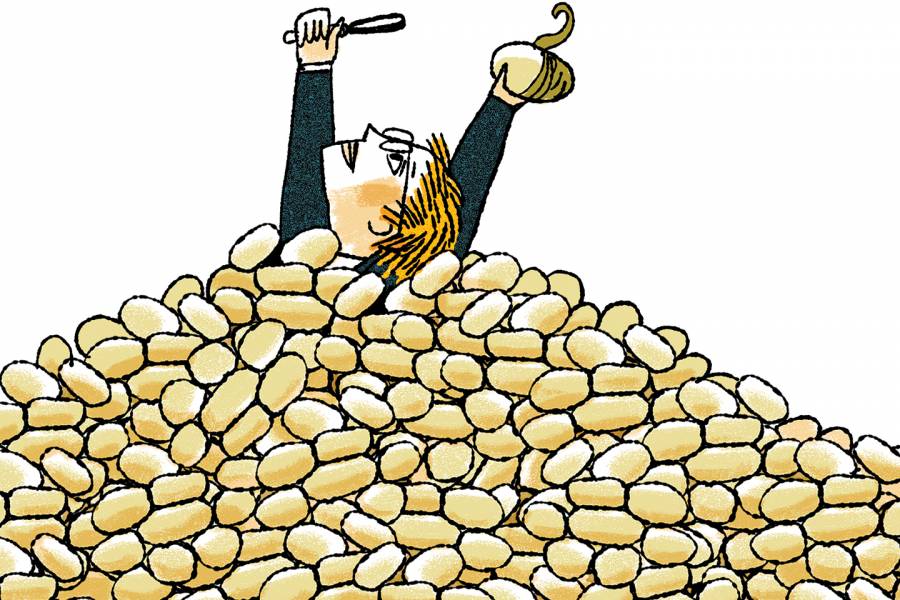 Baltimore City labor commissioner. I was 33 and had to deal with strikes by teachers, police, garbage workers, and correctional officers. Challenging but exhilarating. —Robert Hillman, A&S '60

For the best job I ever had, I received no pay. Each day I supervised one of 30 lunch programs in one-room mountain schools, taught a lesson on nutrition or sanitation in that school, and inspected the school vegetable garden. To accomplish this, I arose before dawn and traveled by horse on rugged trails through beautiful mountain scenery, forded streams, and delighted in flocks of gorgeous blue morpho butterflies. I learned with amazement that palm trees grow on mountains. I was a Peace Corps volunteer. —Ginny May, A&S '66 (MAT)

My best job was my first "official" job: busboy at the Robin Hood Restaurant at age 13. The first day, I peeled potatoes for eight hours alone in the back. The second day, I peeled garlic for eight hours. After that, I was determined to get a good education. —John W. Tyson, A&S '81

Sheppard Pratt Health System has far surpassed the wishes of its founder, Moses Sheppard, to have "everything done for the comfort of the patient" and "to combine every feature that science and experience might indicate." For the past 28 years, it has ranked in the top 10 of psychiatric hospitals. Its compassionate care, given by multidisciplinary teams of impeccably credentialed professionals, makes me proud to have worked there as an RN for 12 years. The work environment is as positive for the staff as it is for the patients. —Lois Halley, Bus '92 (MAS)

My favorite job was working with Maryland Gov. Marvin Mandel in 1972 to pass the legislation to establish a state-run lottery and then having the opportunity, at age 28, to create the Maryland Lottery Agency. Having responsibility for this "startup" gave me invaluable business insights and experience that I use today. —Stanley Fine, A&S '65

After surviving the Holocaust, I emigrated from Belgium in 1952. A year afterward, I was inducted into the U.S. Army during the Korean War. After serving as a military intelligence analyst for eight months, still as a stateless citizen, I was naturalized as a U.S. citizen. In 1956, I originally pioneered the idea of presidential televised debates with the endorsement of Eleanor Roosevelt. I relentlessly pursued the proposal that led to the first presidential televised debate in 1960. In 1958, I was on the staff of the U.S. Department of State, representing the U.S. in its pavilion at the 1958 Brussels World's Fair. Finally, in 1960, I was awarded the prestigious Woodrow Wilson National Fellowship that led to my gaining a master's degree at the Johns Hopkins School of Advanced International Studies. I went on to a career as a senior political economist in the federal government in Washington, until my retirement in 1992. All these were my best jobs. —Fred A. Kahn, SAIS '63 (MA)

During my tenure at IBM, I met scores of people face to face and virtually around the world. I was fortunate to work with people where my insight and creativity earned me trust, respect, and a fine reputation. One distinguished engineer nicknamed me "Data" for my work in data, information, and modeling cognitive behavior. Of great import, the job also offered me a "fraternity," some of whom are among my closest friends. —David C. Roxin, Bus '02 (MS)

Next up: What recent accomplishment are you most proud of?

Send responses to jdb@jhu.edu with "Icebreaker" in the subject line. If we print your response, we'll send you a JHU pocket notebook. 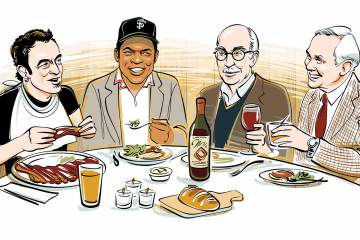 Published Fall 2019
We asked readers to name four people—dead or alive—they wish they could invite over for dinner. Here's what they said. / Johns Hopkins Magazine