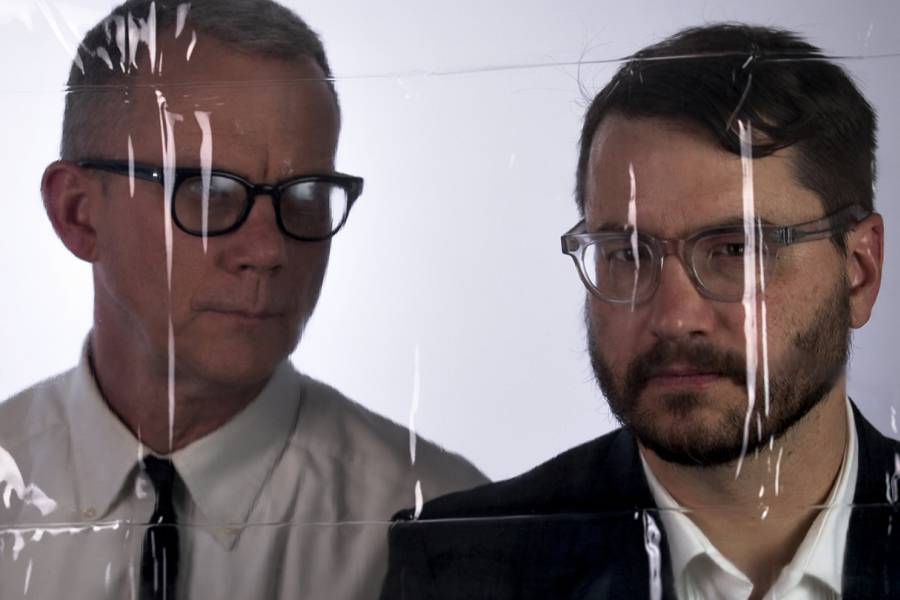 For 25 years, Matmos, the electronic duo of Drew Daniel, a Johns Hopkins associate professor of English, and Martin Schmidt, has created thoughtful, intoxicating music using an ingenious variety of objects. Whether they be whoopee cushions, latex fetish clothing, or liposuction surgery cannulas, Daniel and Schmidt can turn such sources into melodic and rhythmic pleasures. Their music caught the ear of pop experimentalist Bjork, and the duo recorded two albums and toured with her. Matmos has played in museums and collaborated with contemporary classical music ensembles, minimalist composers, theater directors, and an expansive cast of global musicians. But only with its new album did it finally earn the attention of the official trade magazine of the global plastics industry.

Plastic Anniversary (Thrill Jockey) was created entirely from the sounds made by plastic objects. The album "isn't exactly a love letter to the plastics industry, but it isn't exactly a diatribe either," writes Plastics News reporter Frank Esposito. "But if it makes some people think a little bit more about the material, it's worth a listen."

A moldable polymer first created in the middle of the 19th century, plastic revolutionized fields such as science and medicine: affordable eyeglasses and contacts, replacement heart valves, catheters that unclog arteries, the pill casings that control time-released medications. The ways in which it has enriched and saved lives are immeasurable.

Of course, the material's omnipresence and longevity have also contributed to the ongoing climate crisis. Daniel and Schmidt recognized plastic's good/bad conundrum when they first started thinking about the album. Daniel wanted to celebrate their 25th anniversary as a duo and couple, and he went looking for the plastic jockstrap he was wearing the night they first met when he was a go-go dancer in San Francisco. It was decomposing. "It's falling apart in a way that was very estranging because it didn't live up to my expectation of, you know, the Tupperware that will last for a century," Daniel says. "It actually won't. It's going to break down, but once it breaks down into small pieces they don't go away. They wind up in the stomachs of fish in the Pacific Ocean, they wind up at the bottom of the Marianas Trench. There is no 'away' because there is no other planet. We are stuck with plastic."

His disappointment in the jockstrap created an opportunity. Schmidt initially thought musically celebrating their anniversary was self-indulgent; using plastic to explore more complex emotional terrain was more interesting. "What's important to us is that you can still hear the original source of the thing," Schmidt says of their process. "And we thought plastic was interesting because what does plastic sound like? We all know—plastic always sounds a little bit greasy. You can always tell that it is made of oil."

Every Matmos album takes on a thematic idea. The Rose Has Teeth in the Mouth of a Beast (2006) honors gay or lesbian figures who inspired them, yielding songs incorporating a typewriter and gunshot for William S. Burroughs and hair clippers, a lighter, a cigarette, and burning flesh for punk singer Darby Crash of the Germs, whose fans showed their allegiance by giving themselves Germs burns: stubbing a cigarette out on the inside of the wrist.

Plastic Anniversary sprouts from the chasm between Daniel's jockstrap nostalgia and its actual condition. With that mood as germinating seed, Daniel and Schmidt set about building up their sonic vocabulary, recording the sounds of plastic kitchen dish cleaners banging on a stretch of PVC pipe and various other plastic lids, bowls, trash bins, Mardi Gras beads, dreidels, a 3D-printed Mayan death whistle, and all manner of thingamabobs and whatchamacallits being struck, rubbed, or smashed together.

The result is as thoughtful as it is playful. In Matmos' music, there's an awareness that sounds, beats, and melodies may allude to something else and can play with expectations. "The Crying Pill" turns the high-pitched squeal of two halves of a large plastic capsule rubbing against each other into something like a menacing violin score in a horror movie before evolving into a carnivalesque cavalcade. "Silicone Gel Implant" turns sounds from the titular object into bouncing chase music.

One object that initially bedeviled them was an Albuquerque Police Department riot shield bought on eBay. It can be struck like a drum, but Schmidt says it sounded too upbeat, "like fake island coconut music." And something felt a little off about making happy music out of a riot shield.

Instead, they realized they could make it squeak by pulling their hand over its surface. Riot shields are rarely caressed. "Nobody gets to touch a riot shield like that in the context of a riot," Daniel says. "We liked that because we realized we sonically could do something that displaces its function."

Creatively reinterpreting the sounds of the physical world is Matmos' enduring artistic alchemy. The jaunty "Breaking Bread" started by breaking apart vinyl LPs by the 1970s soft-rock band Bread. "I've hated Bread since the '80s," Schmidt says, adding that they asked Greg Saunier, drummer of the experimental noise pop band Deerhoof, to use the shards as drumsticks. Frustrating a skilled musician with awkward instruments turned into a rhythmic source they could taffy stretch and fold into the album's comically effervescent lead-off track.

Even a riot shield can be recontextualized. The dark, rhythmically throbbing "Thermoplastic Riot Shield" leads the second side of the Plastic Anniversary LP, signaling a change in tone, sound, and headspace. "The first side of the album is happy and a little schmaltzy, and then the second side starts, wham, with a police riot shield," Daniel says. "That seemed like the most direct way to change the mood, that moment when the listener has to flip the record—a literal moment of holding plastic in your hands and seeing that it has two sides." 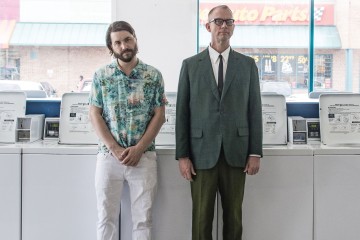 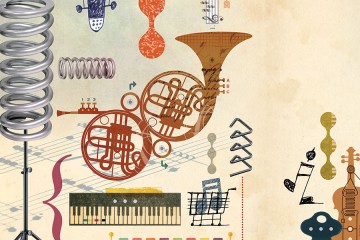