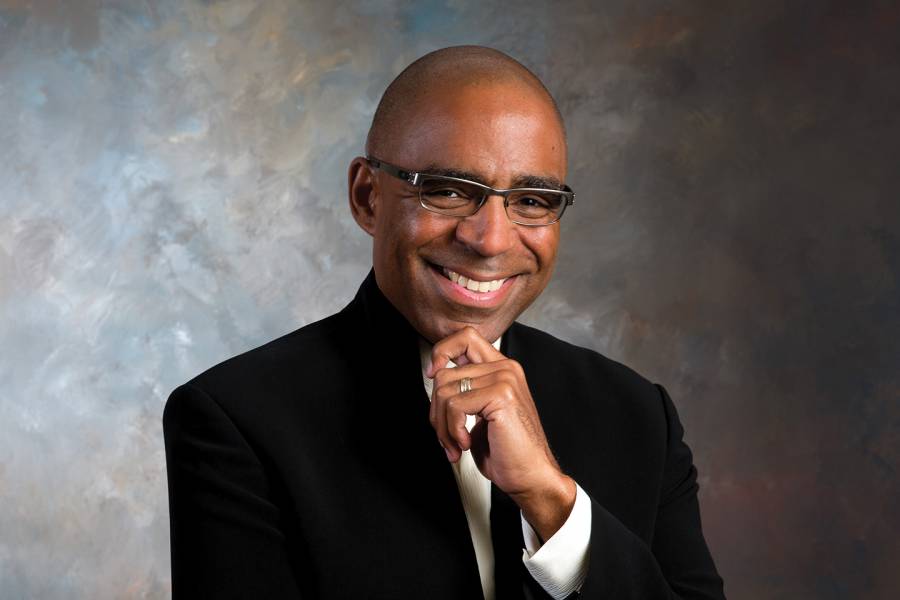 Born to interracial parents and adopted by a Jewish couple at birth, Aaron Dworkin describes himself as a "black, white, Jewish, Irish-Catholic Jehovah's Witness." He started playing the violin at 5 and was later harassed at school for being both black and a string musician. He began to find his niche in high school, studying at Peabody Prep and, eventually, the Interlochen Arts Academy, a full-time residency program for high school musicians. He then attended Penn State for two years, dropped out after a falling out with his parents, moved to Michigan, nearly became homeless, and, after landing a job, started a nonprofit to help those dealing with homelessness. He eventually returned to his studies as an undergraduate music major at the University of Michigan, where he was struck by the lack of string musicians of color.

Dworkin dreamed up a national nonprofit to host a competition for black and Latino string players. Today, that nonprofit, the Sphinx Organization, has a $5 million annual budget and operates in 13 different countries. "I tried to launch seven projects before Sphinx," he says. "Some might see them as failures, but for me they weren't. They all helped me create Sphinx."

"The entrepreneurial skill set is not just helpful but critically important to all of our graduates' career paths."
Aaron Dworkin

Today, Dworkin's wife, Afa, runs the organization. Dworkin, who is also a visual artist, a spoken word performer, and author, is a professor and former dean at University of Michigan's School of Music, Theatre & Dance. He teaches entrepreneurship and arts leadership to students in the performing and liberal arts, believing that entrepreneurial skills are necessary for fledgling artists.

What led you to start the Sphinx Organization?

At first, I thought that creating a national competition for young black and Latino string players—all playing pieces by composers of color—would solve the problem of a lack of diversity in orchestras. But as time went on, I realized we needed to create a pipeline of black and Latino string musicians and we added more programs. Today, we put violins in the hands of elementary students in Detroit and Flint, Michigan. We have an intensive summer program for middle and high school students. We offer scholarships and audition support, have several performing groups, provide grants and leadership opportunities for emerging performers and teachers of color, and organize an annual convening, SphinxConnect.

Why should musicians learn about entrepreneurship?

Students arrive at music school thinking they want to teach at the college level, join an orchestra, or start a solo career, but the majority don't do any of those things exclusively. They might play in an orchestra but also do some teaching and join a chamber group. They need to think strategically about how to build a career. The entrepreneurial skill set is not just helpful but critically important to all of our graduates' career paths. I don't just say this because I'm an entrepreneur but because we actually have the data. According to the Strategic National Arts Alumni Project data for 2015–17, about half of arts graduates are self-employed. And 80 percent report having been self-employed at some point. Ninety percent of arts alumni feel that leadership skills are important to their current work. And 98 percent feel that creative thinking is important to their current work.

Have the skills musicians need changed over time?

Musicians today have to be far more engaged in their artistic and creative life. There are so many new paths that people can create, so many new ways to communicate their work.

How do you teach those skills?

In our arts leadership forum, we bring in leaders from orchestras, dance companies, the philanthropic sectors, CEOs, and executive directors. They talk directly to the students about leadership, performance, and entrepreneurial skills. Students learn how to create a career path. The other class I teach is geared toward students who are interested in entrepreneurship or who have already started their own business or nonprofit. We discuss the core principles of entrepreneurship. How do I build and develop and vet ideas? How do I set goals? Handle scheduling? We work on grant-writing and public speaking. The course culminates in a Shark Tank–type activity. About half of my students actually move forward and create the entities that they've envisioned. These include one of the largest classical music festivals in the Ann Arbor area and a chamber music concert series at nontraditional music spaces.

Do you still play music?

I don't play the violin anymore, at least not in public, because I don't have time to practice. But for some years now, I have been performing spoken word pieces that I blend with classical music. I always have several projects going at once. I made a documentary, Deliberation, about a court case related to abortion. I've worked in visual arts. My fifth book is coming out this year. It's called The Entrepreneurial Artist and is structured around a series of interviews with artists including Lin-Manuel Miranda, Wynton Marsalis, Bill T. Jones, and Midori. My creative and entrepreneurial sides are completely intertwined. I'm in a constant state of creation, and I use my entrepreneurial skills to vet my ideas. 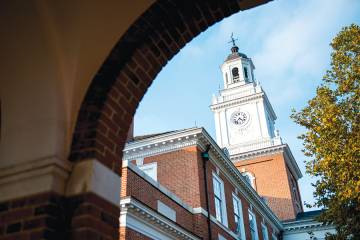 University revamps the way it prepares students for careers

Published June 4, 2019
New offices and initiatives will ensure that every student, regardless of major or economic status, will have access to career opportunities 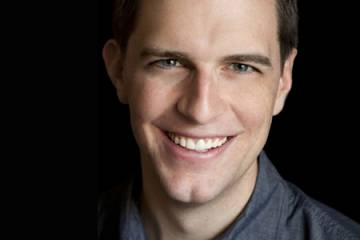