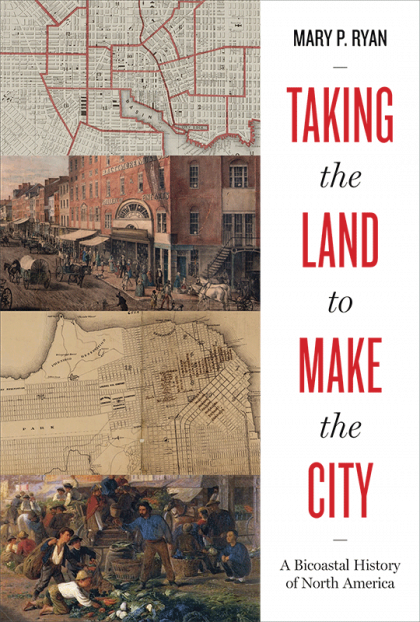 John Melish summoned ideas of manifest destiny two decades before it became America's de facto expansionist public policy. Melish was a Philadelphia-based mapmaker who, in 1816, published A Geographical Description of the United States, with the Contiguous British and Spanish Possessions, which included the first map of the United States that showed, as he wrote, "the whole extent of United States Territory from sea to sea." Didn't matter that the imaginary lines that would later carve out such places as Texas and California weren't in anybody's minds yet. Melish, like a number of early 19th-century businessmen, politicians, and settlers, was imagining a country into existence.

Johns Hopkins history Professor Mary Ryan, writing in her new book, Taking the Land to Make the City (University of Texas Press), notes that while Melish's map succinctly captures the popular American imagination of the era, it fails "to reckon with the contentious and consequential production of space that was under way in two other quarters, the new towns and cities of the United States and the pueblos and provinces of Mexico." Taking the Land is Ryan's exploration of the city-making processes that grew Baltimore and San Francisco into urban centers over the 19th century. And she does so not by looking at America's usual larger historical narratives of western expansion but by taking a more politically archaeological approach. She follows both the economic stories that bind each city to the larger political economy of the country and the human stories of people who lived and worked there. She uses early maps to contextualize how people at the time understood and organized urban space to wonder how these two cities did or didn't fit into the larger American upheavals leading up to the Civil War.

One of her most striking arguments is the role that Mexican settlers played in shaping how San Francisco became an urban space. Ryan shows that the early pobladores to the San Francisco Bay area didn't bring ideas about Spanish or Mexican town planning with them, or take strict edicts from a local governing body on how to organize a city. Instead, they responded to the needs and opportunities presented to them. Ryan's chapter on this period is a standout, and Taking the Land throughout is a fascinating look at what two American cities can tell us about 19th-century urbanization. Densely researched, highly readable.