Intersession, from coast to coast

As a senior at Johns Hopkins, Will Mason, A&S '15, knew he wanted to pursue a career in film and media. The only question was, Would he move to Los Angeles or New York? Then he took one of the university's Intersession courses, held in January between fall and spring semesters. For Hopkins in Hollywood, Mason and his classmates embarked on a weeklong trip to LA, where they met with alums who are screenwriters, directors, heads of studios, and more. "Seeing so many alumni successfully working in the industry convinced me that this was where I needed to be," says Mason, now a producer and editor for an LA-based ad agency. 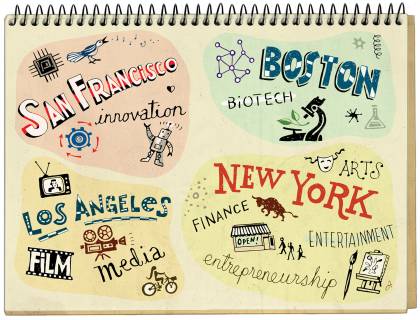 The university's popular and often quirky Intersession program features an array of informal, pass/fail courses to give undergrads the chance to dive into subjects outside their area of study: podcasting, stand-up comedy, and even Doctor Who. But for the last six years, the Alumni Relations Office and their affinity group volunteers have teamed up with the Life Design Lab at Homewood (formerly the Homewood Career Center) to offer five professionally focused Intersession experiences in cities on both coasts. Students visit companies in industries such as finance and public relations; participate in discussion panels with high-achieving JHU grads; and network with Hopkins connections in their field of interest. "Building these bridges between alumni and students allows students to explore their interests in a different way," says Senior Associate Director of Affinity Engagement Elena Thompson. "It's also having a positive effect on their professional trajectories."

JHU trustee emeritus Donald Kurz, A&S '77, can back that up. He's been deeply involved in the Intersession program: With 25-plus years working with brands like Burger King, Citibank, and numerous Hollywood studios, Kurz has taught classes on campus, sponsored LA events, and invited students to visit his advertising and marketing firm, Omelet. He's hired at least five interns and full- time staffers from the LA Intersession program, including Mason. "These students come in and they're soaking up everything, asking questions and trying to learn as much as they can. I've been so impressed with that," he says.

To join an affinity group or volunteer at an upcoming Intersession, email affinity@jhu.edu. 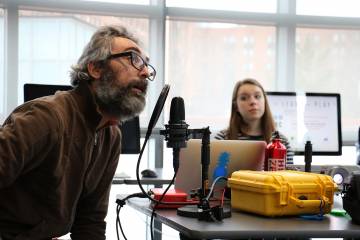 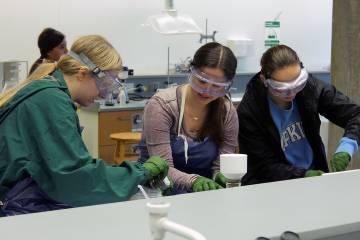