During the annual celebration of jazz in Newport, Rhode Island, alumni took a break from attending world-class performances to hear Peabody Institute's Abra Bush unfurl the complicated relationship between music and health, exploring both the healing power of music and musicians' frequent struggles with substance abuse, psychotic disorders, performance injuries, and hearing loss. The event—held last summer as part of a Music, Art, and Medicine speakers series—offered an inside look at the research being done at the university's Center for Music and Medicine. 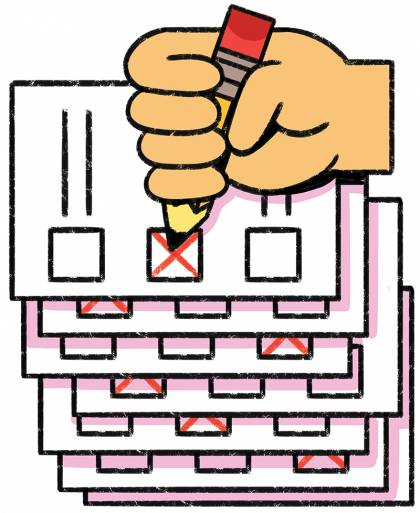 "And it was fascinating," says Susan deMuth, assistant vice president for Alumni Relations and executive director of the Johns Hopkins Alumni Association. "That's the kind of event we want to do more, and that's confirmed by our survey."

The survey she's referring to is the new all-alumni survey conducted by the Office of Alumni Relations, the first of its kind done at the university since 2011. At its core, the survey seeks to answer two questions: How do alumni want to interact with Hopkins, and how do alumni want Hopkins to interact with them? More than 13,000 graduates from all nine schools responded, outlining the way they prefer to receive university communications and the types of programs they want to see offered to alumni.

"We wanted to learn about what their attitudes are about the university and their schools," deMuth explains. "What do they think about the current events and programs we're offering our alumni right now? Are they what our alumni want, or are we finding that the alums aren't as interested? It's giving the alumni a chance to look at these events and identify areas where we can stop certain programs and reallocate those funds into things we know alumni are wanting."

Among the survey's findings, deMuth says, is that while Alumni Weekend remains a popular hallmark event, "our alums like to attend programs in their local areas at a 12:1 ratio. If you're in LA, or Rhode Island, you're not going to fly back to Baltimore every time you want to go to an event." The survey also found that 62% of alumni are interested in volunteering. "We're not talking about cleaning streams," deMuth clarifies. "We're talking about offering internships, jobs, career inter- views, mentoring students, meeting with prospective students. That's big, and it ties into the work being done by Farouk Dey, vice provost for integrative learning and life design." Some activities that haven't been cornerstones for the Alumni Association see potential for future growth. "There's a huge appetite for webinars, livestreams, podcasts, and the digital world," she says.

We wanted to learn about what their attitudes are about the university and their schools. What do they think about the current events and programs we're offering our alumni right now?
Susan deMuth
assistant vice president for Alumni Relations

The Alumni Association partnered with Gallup—including Gallup senior consultant Taylor Auger, A&S '11—to produce the survey, which will inform a five-year strategic plan for how the university can better engage with its alumni. 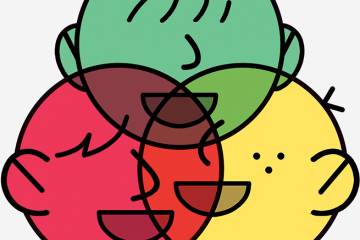