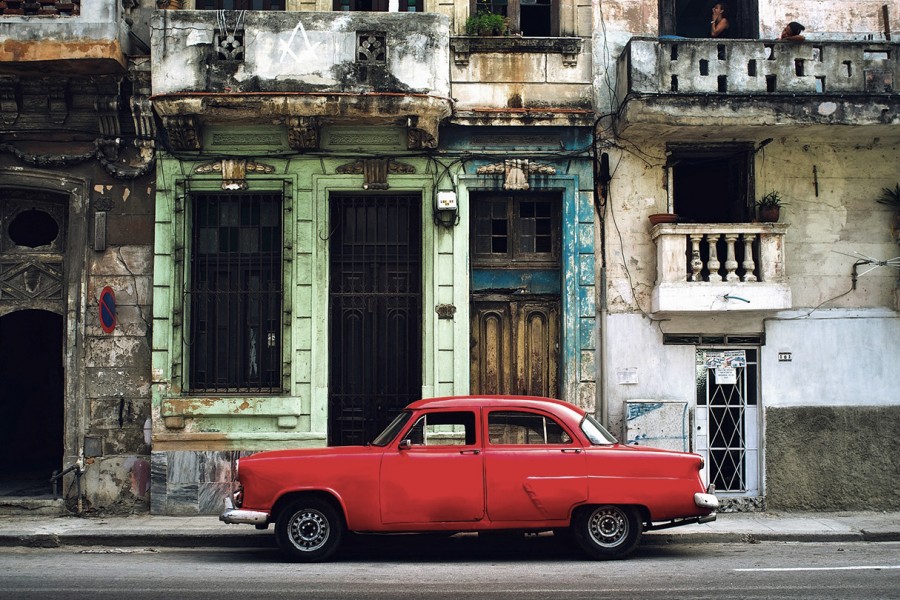 Vicki Huddleston once got into a fight with Fidel Castro over her dog. Granted, it was a dispute waged by proxy, but the Cuban dictator did seem personally involved.

Here is what happened. From 1999 to 2002, Huddleston, SAIS '75 (MA), was director of the United States Interests Section in Havana, which, in the absence of formal diplomatic relations, made her the equivalent of the U.S. ambassador. She owned an Afghan hound she had named Havana, which she liked to enter in dog shows. Dog shows are popular in Cuba and Huddleston's dog was one fine hound, so she developed a bit of canine celebrity. Then Huddleston received a letter informing her that the Cuban Afghan Hound Association had canceled her membership owing to U.S. hostility to Cuba and her own personal transgressions, which included inviting Cuban dissidents to her official diplomatic residence. American newspapers picked up the story, and after a good bit of bad publicity, one day she received a call from the Cuban foreign ministry informing her that they'd been slandered: Havana had not been kicked out, only Huddleston. Castro himself announced that he was "going to give her husband's dog a pardon." "He couldn't bring himself to admit that he was pardoning my hound, not my husband's," Huddleston says, calling herself "[Castro's] No. 1 enemy." 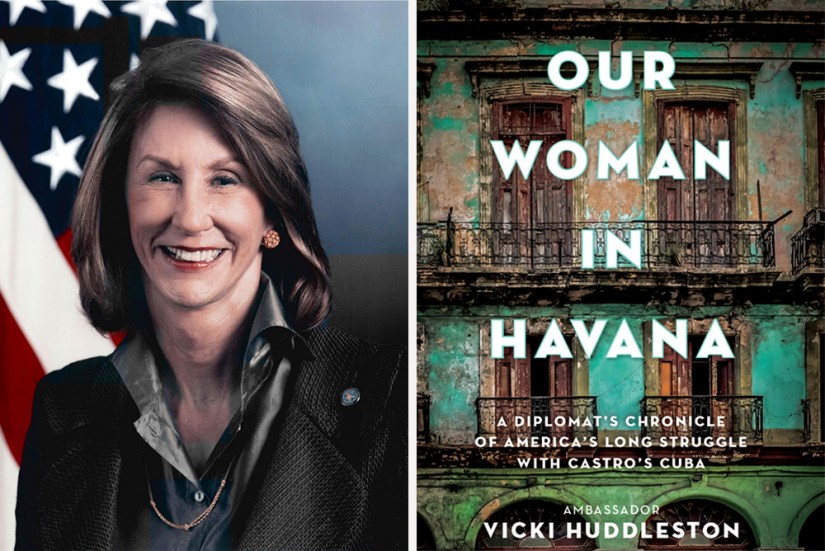 She tells this story in Our Woman in Havana: A Diplomat's Chronicle of America's Long Struggle With Castro's Cuba (Overlook Press, 2018). Over the course of a substantial career with the State Department, Huddleston served as ambassador to Madagascar and Mali, director of Cuban affairs, acting ambassador to Ethiopia, deputy chief of mission in Haiti, and deputy assistant secretary of defense for Africa. But Cuba remains a special place for her. "I love the place," she says. "I love the Cuban people, the beauty of the island."

Our Woman in Havana contains many stories of greater significance than the dustup over her dog. Huddleston covers several decades of the United States' fraught relationship with Cuba, and she chronicles her years there, including the ups and downs of diplomacy and her tense relationship with Castro, who seemed to be obsessed and competitive with her. When she left her post to return to the States in 2012, Granma, the official newspaper of the Cuban Communist Party, published a front-page letter bidding her good riddance and quoting Castro as calling her "the female general of those on the CIA payroll."

It's a dog's life for U.S. envoy in Havana

Trump is returning Cuba policy to the Cold War

Despite such outbursts, Castro fascinated Huddleston. She calls him the most charismatic person she's ever met, with an unparalleled ability to dominate any room he entered. "He just sucks up all the air."

A pair of central chapters in Huddleston's book concerns the return of Elián González to his father in Cuba after the 5-year-old was found floating in the Florida Straits in November 1999. His mother had fled Cuba with him on a boat that broke apart before they could reach Florida. She died, but the little boy survived and became the focal point of a nasty struggle for custody between relatives in Miami and his father in Cuba. The Cuban government turned the dispute into a propaganda coup, and Huddleston had a front-row seat during the standoff that ended only after the Supreme Court refused to hear the case. Earlier, the Justice Department had ruled that Elián had to be returned to his father, and eventually sent armed U.S. marshals to take the boy away from his uncle's Miami home and turn him over to his father. She argues that the Justice Department's ruling that Elián be returned to Cuba cost Al Gore the Cuban-American vote in the 2000 election, which in turn cost him the presidency.

On August 14, 2015, Secretary of State John Kerry hoisted the American flag over what is now the U.S. embassy in Havana, after President Barack Obama announced resumption of full diplomatic relations after 54 years of estrangement. But 23 months later, President Donald Trump announced that he was canceling the rapprochement and that the U.S. would tighten its embargo of Cuba. Huddleston is blunt in her assessment of the decision. "This policy is wrong. It really hurts the Cuban people, it takes away their future, and it hurts the United States," she says. She believes the policy will deny American investment opportunities on the island and push Cuba toward Russia and China, giving them unwanted influence in the Caribbean. "Scrap the punitive policy," she advises, and make Cuba part of a broader initiative that strives for greater regional prosperity; promotes unity among the United States, Central America, and the Caribbean; and encourages progress on human rights issues and a more open society in Cuba.

Recently, Raúl Castro stepped away from the Cuban presidency and was succeeded by Miguel Díaz-Canel Bermúdez. "The change in leadership is a seismic shift—the president of Cuba is not a man named Castro," Huddleston says. "It is the beginning of a transfer of leadership from the revolutionaries to a generation born after the revolution, which wants more economic opportunity and greater communications with the world. Unfortunately, the hostile policy of the Trump administration will slow economic reforms because when the U.S. threatens, Cuba pulls back economic reforms and political freedoms."

It's time for reconciliation, she says. "It's happened in South Vietnam where we lost thousands of troops. It's time for Cuba." 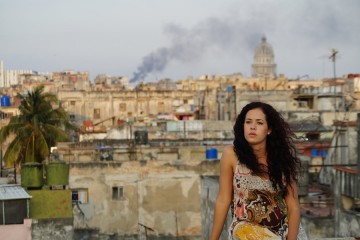