Samuel Mungo jokes that before grad school, all he knew about opera came from a Bugs Bunny cartoon. Now, he's spearheading an integrative strategy of teaching the form to Peabody students

For his first production as director of Peabody Opera Theatre, Samuel Mungo took Donizetti's The Elixir of Love out of its standard 18th-century setting and dropped it on a mid-1960s American college campus. The poor, lovelorn peasant Nemorino becomes a nebbishy undergraduate, and the popular girl he fancies prefers a strapping football player. A bit unconventional, sure, but as Mungo says during an interview in his Peabody office, "I always say the fat lady's dead, and I can't do anything about that." 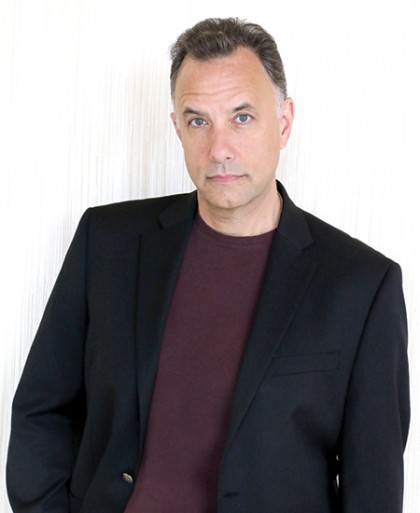 Mungo, who joined Peabody in the fall, jokes that prior to becoming a graduate student at the New England Conservatory, everything he knew about opera came from a Bugs Bunny cartoon. It's a self-deprecating way to admit that, unlike most classically trained opera singers, he didn't grow up studying classical music. He performed in musical theater in high school and college and, because he sang too loudly, was politely advised he might find opera a better fit. Thirty years into his performance and teaching career, he recognizes that virtuosity alone isn't enough to make one a competitive, successful artist in the 21st century.

Over the past few decades, traditional opera companies have taken an economic beating, with more than a dozen closing since the 2008 recession. Moreover, contemporary composers are telling stories in operas that don't require multimillion dollar budgets, a full symphony, and an army of supernumeraries. Yes, revivals of Franco Zeffirelli's epic La Bohème are still awe-inspiring, but contemporary opera also includes works such as Peabody faculty composer Du Yun's Pulitzer Prize–winning Angel's Bone, with its cast of four and chamber orchestra, or Minnesota Opera's upcoming Black Sox, by Peabody's Joel Puckett about the 1919 baseball scandal. "You've got to be able to move as a performer in this creative, new place that opera's in," Mungo says. "My job as an educator is to get these students prepared to do that."

Mungo comes to Peabody from Texas State University, where he built an undergraduate and graduate program from scratch. During his 11 years there, Texas State Opera Theatre went from simply making do—Mungo's first production there took place in a church with piano accompaniment and a $900 budget—to being a progressive, nationally recognized program that commissioned and debuted new works. The National Opera Association named Texas State's production of Jacques Ibert's Angélique the Best Opera Production of the 2011–12 season.

He wants to build on Peabody's already rich opera tradition, and his ideas complement Dean Fred Bronstein's breakthrough curriculum initiative to update how the conservatory prepares students to be working artists. The demands of classical vocal training are such that by college, singers often have little to no theater experience. Peabody's opera program currently offers one year of acting classes and a semester of movement, but they're open only to undergraduates. Mungo wants to introduce more acting, movement, and dance options to undergrad and graduate students' training.

When he asks colleagues who run opera companies around the country what they need, directors tell him, "'You would be amazed at how many people don't know how to act onstage,'" Mungo says. "'We hear this beautiful voice, but it's coming from a singer that's basically a stick that stands and sings, and we can't use them.'"

As a teacher, Mungo knows he needs to "push students to go further than knowing the pretty tune," he says. After all, opera characters tend to have strong emotions. "Opera's either about having sex, wanting to have sex, killing, or wanting to kill. There's physicality in all of opera that you need to learn. And singers have a natural affinity for these emotions because there's emotion in the music."

That's why incorporating more theater into opera is such a no-brainer, he says. It's already there. "Friends of mine are 100 percent sure that I and people like me are the death of opera because I didn't come from opera and I didn't come from classical music," he says. But today's operas need to be able to reach both lifelong fans and people who, like him, didn't grow up with opera. "My goal is a world where people wake up in the morning on a Saturday and say, Should we go see Harry Potter and the Order of the Phoenix or should we go see Elixir of Love tonight?" Mungo says. "That's my perfect world. I think we will get there. We may not get there in my lifetime, but I do think—I know—that the more people see opera, the more they're hooked on it." 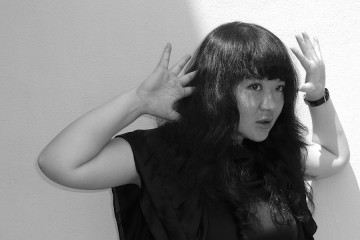