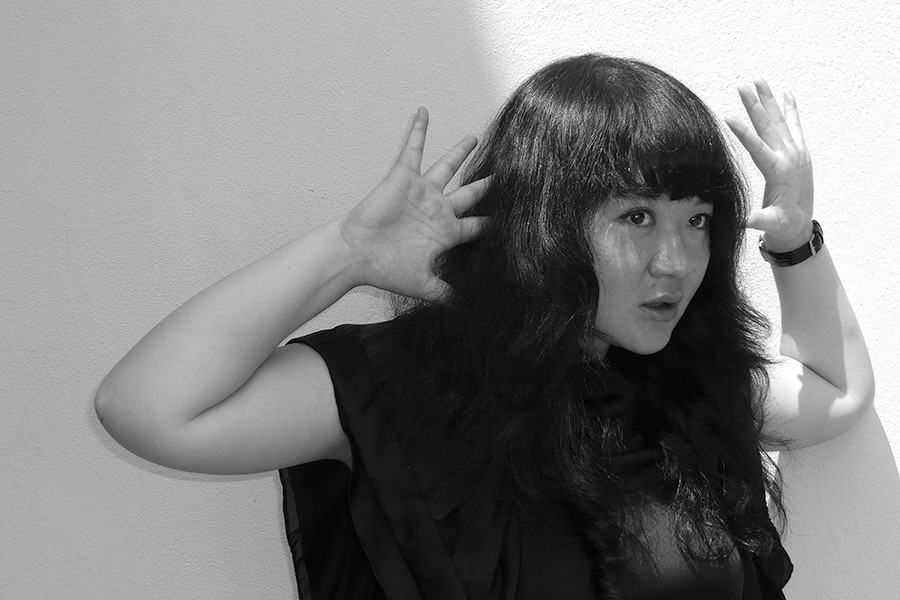 "First of all, let me just say that I don't like musicals," admits Du Yun. Over the summer, the New York–based composer was in her native Shanghai working long rehearsal days on a new project. And she knows how funny it sounds to confess the above because the project she's working on is, well, a musical.

"I'm just that type of people who, when I don't like something, I make sure that I do it the way that I want," she continues. "I remember when I was a student, I didn't like Western opera because I thought it was so tedious and I don't know why they need to sing like that."

Du Yun, who joins the Peabody Institute's Composition Department this fall, also knows how funny that sounds. In April, Du Yun was awarded the 2017 Pulitzer Prize for music for her daring, provocative Angel's Bone, which is, well, an opera. It's an unconventional one—Royce Vavrek's libretto, an expressionistic exploration of sex trafficking, follows a suburban American couple that takes care of two fallen angels, only to clip their wings and take advantage of them—and Du Yun's composition is at times as haunting as sacred chants and as propulsive as rock.

Such adventurous music, as Du Yun told NPR, required a mezzo-soprano who could also do punk. This experimental approach consistently runs through her career, which includes as much performance art, sound art installations, and pop-leaning indie rock and electronic music as it does anything in the broad modern classical vein. Du Yun doesn't see her range of output as the eclectic interests of 21st-century hyphenates—those creatives who identify as artists-writers-activists-insert-noun-here—but rather that her pursuits are powered by her curiosity about different music, sounds, subject matter, and collaborators.

"As I grow older being an artist, if I don't like something, my job as a creator if I want to change something is to do it myself," she says. "That's not only reflected in my music writing but also in the social topics that I think need work." She's alluding to questions she's fielded after winning the Pulitzer, about being a composer who is both Asian and a woman. Since the Pulitzer began including a music prize in 1943, Du Yun is only the fifth woman to receive it. And while she agrees that discussions about racial and gender inequalities are important, she wants diversity to be more ambitious.

"People always want to ask, What is being a female composer like? What is being a minority composer like?—which is an absolutely valid and valuable conversation to have," she says. "But I also think we need to re-examine what diversity truly means. When we address issues of race and gender equality, that's a first step of saying that everyone gets to have a voice. The next step is, What are we allowed to say? Because if we have 100 queer, black, and Asian people singing the same thing, I don't know if that's diversity."

Du Yun considers finding ways to expand who is making music and what that music sounds like as part of being both artist and educator. "I've been thinking that sometimes the training is a little flawed," she says. Yes, music students should receive the rigorous education that conservatories demand, but not only so they can reproduce classical music's canon. "Learning can be so invigorating when you feel like you learn something that you can use," Du Yun says. "To use" can have two meanings, though. One is to use something to further the traditional education. "Or I can use something to break things, use it to help find my voice, to help find, Who am I? And I think that's a very different talk."

The classroom needs to be a place where traditional classical music coexists alongside experimentation. "I absolutely think so, and not just as a place to teach, but a place to be in society as well," she says. The process of becoming an artist is like building a delicate vase, she says. First, students need to learn techniques, how to throw clay, all the different molds that have been used to make a vase before. Then, they can try something more sophisticated, edgy, or adventurous—or discard previous forms altogether. "That's what diversity means to me," she says. "It's that we've got to allow different molds of existence."