Over 20 years ago, Johns Hopkins Magazine published a letter I wrote. President Ron Daniels' recent Message has caused me to again write this epistle. The premise of his message was, considering today's environment, to find something to say in his Convocation address. He ends with the directive to join the real world and make it better. However, either by lack of knowledge or omission, the motto he quoted as the university's was not the motto adopted by the board of trustees in 1885. The actual motto was Veritas vos Dei Liberabit, not Veritas vos Liberabit. The removal of God from our motto was the reason for my original letter in 1996. During our class reunion in 1995, as we began to parade around Homewood Field behind our class banner, we noticed that a white patch had been sewn over the spot where Dei (God) was.

President Daniels was not born when our class graduated. Even at my age, I try to learn something new each day. Hopefully President Daniels will learn something from this situation. He may want to discuss this with his new diversity officer to determine if, in the interest of political correctness, it was proper to change the motto to one that promotes division, not diversity.

I would guess that a large majority of your students could not translate the motto into English. In my opinion, today's schools and students do not want to study history, but they are intent on trying to change it to suit their own ideologies. However, the falsification of the school's motto is unforgivable. It is "Non dignum et justum est!" (For those who need translation, "It is not right and just!") 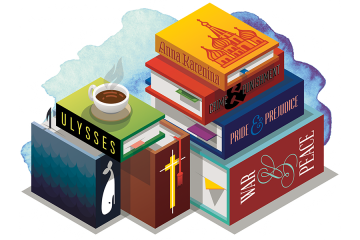