A neighborhood of beautiful days

Alexandra Klaren is a communications theorist in the Carey Business School who wrote her doctoral dissertation on Mister Rogers' Neighborhood, the children's television program that aired for a remarkable 33 years. On the most recent episode of The Known World, the podcast from Johns Hopkins Magazine, she discusses why Fred Rogers was important not just to generations of children but to American culture and the nation's social fabric.

I confess that I've never thought of Fred Rogers as much more than a kid's TV host who had an unusually long run. Why do you believe Mister Rogers' Neighborhood matters?

I think one of the main reasons for looking deeper into Mister Rogers' Neighborhood is the actual longevity of the program itself. It ran from 1968 to 2001, and that's just over 30 years of television. So it reached multiple generations of American children and their families. In my research as a scholar of communication, I wanted to figure out what he was doing that child viewers found so compelling that they watched it during their early childhood years and then sat their own children down to watch the program when they were adults. 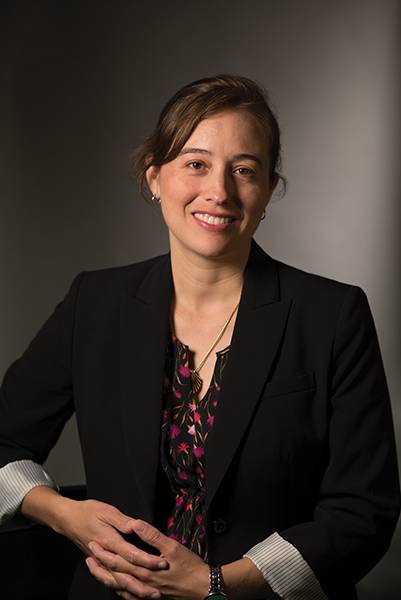 Did Fred Rogers recognize that television was a medium that not only broadcast programs but transmitted values to children?

Yeah, absolutely. I studied Fred Rogers' writings and looked at his conversations from when he was trying to conceive of this program. In the early writings, he stressed how he was concerned that this new medium of television was becoming very culturally dominant and that children were watching thousands of hours of television before they even entered school. He actually was a Presbyterian minister, so it was of great concern to him. One document, this gem I found from the 1960s, he titled "Children's Television, What the Church Can Do About It." And he asks his readers if they're aware, for example, that children view an average of 3,000 hours of television before they actually begin their schooling. And that by the time they finish their schooling, they will have spent more time with the television than they will have in the classroom. Then he characterizes the content of the television for children that he's watched. He says they will have consumed mostly "charmingly cynical, sardonic, sadistic, animated tripe with slick puns, inversions, and asides." The rhetoric of this particular letter is quite alarmist. And then he poses a cascade of questions, kind of challenging the church to respond to this moment of monumental technological and cultural change within which he identifies these potential dangers and threats to education.

What were the values that he thought were essential to send out to America's kids?

I think the fundamental value that comes across in Mister Rogers' Neighborhood is respect for the child and for the viewer he's speaking to. And I would say, more fundamentally, [respect] for the individual, for the transcendent value of the human person. And I think this value is really at the core, for example, of his repetitive messaging on the program, in which he reiterated on every episode phrases like "you are special." "There's only one person in this world who is just like you, and I like you just the way you are." This is a kind of a ritual that he goes through at the beginning of every episode to establish that connection and that deep sense of trust between him and the viewer.

Kindness is often a word that's thrown out there when discussing Mister Rogers, but I think he's communicating something much stronger and deeper than just kindness for the sake of kindness. The ethical foundation that he builds with the viewer manifests itself in this interpersonal dynamic that he creates, characterized by mutual respect and kind of grounded by an understanding of the human being as having a spark of divinity within him and therefore worthy of respect and worthy of dialogue and worthy of bringing into a relationship of mutuality. 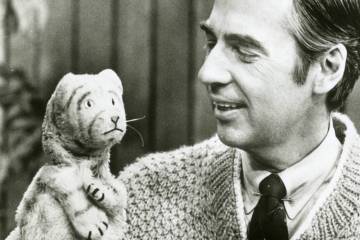 A beautiful day for a neighbor