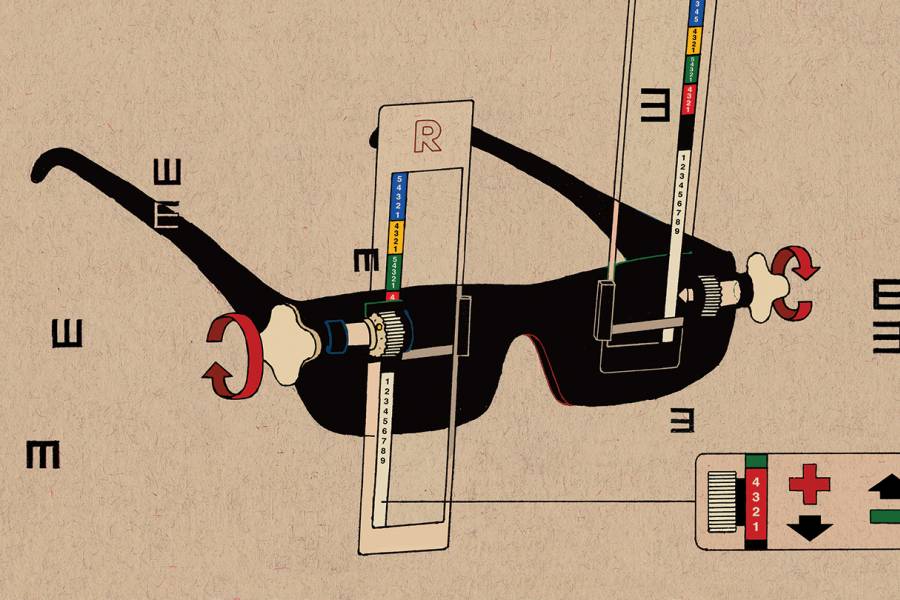 As a medical assistance program director in the Marine Corps, Kevin White helped provide prescription eyeglasses to community members living near a military base in Morocco. But not long after he took his post, he noticed inefficiencies: Language barriers were preventing communication between patient and doctor, and patients were often choosing glasses based on the frames they wanted, not the lenses they needed. "People were walking out with glasses that were not the right prescription," says White, Bus '18 (MBA).

Basic eye care is "absurdly beyond reach" for too many people around the world, White says. According to the World Health Organization, upward of 100 million people have vision problems that can be corrected by prescription glasses, but they don't have access to eye care or lack the money to pay for glasses. Using a simple method involving an eye chart, snap-in prescription lenses, and stylish frames, the USee system allows almost anyone to perform a vision diagnosis and assemble corrective glasses for a total cost of less than $5 per pair—and in less time than it takes to get an oil change. "Even Pearle Vision takes an hour," White quips.

In January, White and USee were named one of two $1 million prize winners at the WeWork Creator Awards, launched this year by the coworking space company. He also received $25,000 from National Geographic's Chasing Genius competition to further develop USee.

Read the chart, turn the dials

Covering one eye at a time, patients look through the USee diagnostic eyeglasses at a Tumbling "E" eye chart from 4 meters away. They turn binocular-like dials mounted on the sides of the glasses to change the lens bar focus until the seventh line of the eye chart is in sharp focus. No eye drops, electricity, or other special tools are needed.

Once both eyes are in focus, a trained assistant writes down the information from USee's color-coded lens strip. Lenses are stored in colored bags that match the codes, eliminating the need for manuals or diagrams. "You don't have to be literate or even speak the same language as the patient," White says.

Patients then select the color frames they want. "In Tanzania we went through all the black and gray frames. In Mozambique, everyone wanted blue," White says. The lenses matching the client's lens codes are then put into Wayfarer-inspired frames. To date, more than 12,000 glasses have been dispensed in 15 countries. 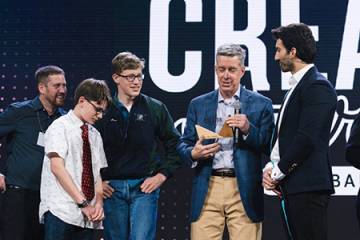