White, who received his MBA in May, won $1 million to develop a diagnostic tool for that makes vision testing and distributing eyeglasses a snap 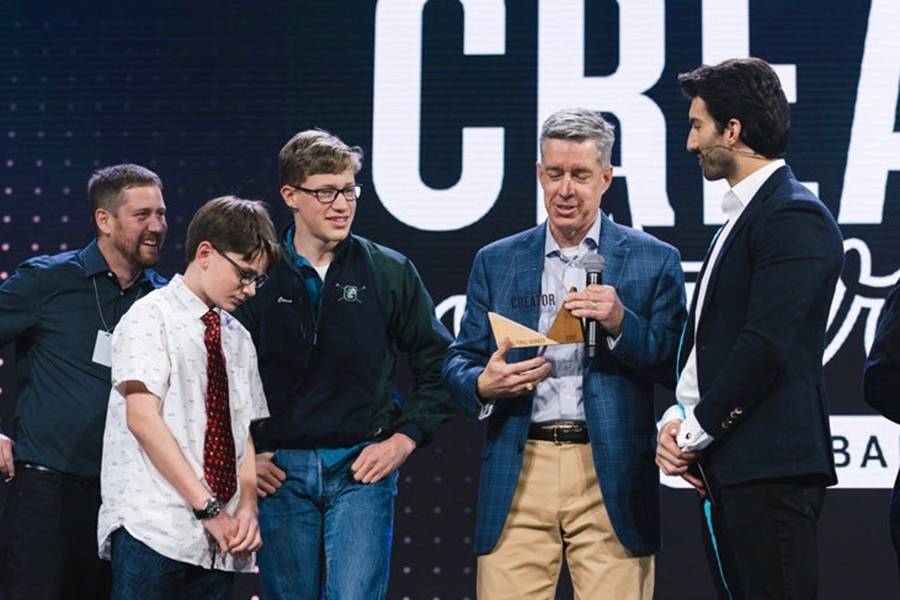 Image caption: Kevin White with his children in January during the WeWork Creator Awards Global Finals in New York

Kevin White, who earned his MBA in May from the Carey Business School, has been named one of two $1 million prize winners at the first WeWork Creator Awards Global Finals in New York to help further develop his idea for USee, an affordable, easy-to-use diagnostic tool and lens kit that can provide eyeglasses in parts of the world where corrective lenses are difficult to get.

A former Marine, White became interested in vision while running humanitarian assistance projects for the military. After retiring from the Marines, he set out to develop a business solution that would address the unmet need for corrective eyewear.

"I realized there was a lot I didn't know about running a business, so I thought maybe I should go to business school," White says. "In my search, I found Johns Hopkins and connected with Carey's message of 'business with humanity in mind.'"

"Every professor I've had has let me use my own company for projects. I've been able to develop my business plans with input from professors and fellow students while earning my degree."
Kevin White
Carey Business School alumnus

White explains that he was also drawn to Carey by the idea of studying with Kevin Frick, Carey's vice dean for education. Frick has conducted numerous studies on the economic impact of eye care worldwide, an issue that White is trying to address with his invention. White says that he told Frick at orientation, "You probably don't hear this very often, but you are one of the reasons I came to this school."

White also cites his classroom experience as critical to helping him develop his business: "Every professor I've had has let me use my own company for projects. I've been able to develop my business plans with input from professors and fellow students while earning my degree."

Being at Carey, he adds, helped him gain access to other areas of Johns Hopkins, including its renowned schools of public health and medicine. White has already completed clinical trials at the Dana Center for Preventive Ophthalmology at the Johns Hopkins Wilmer Eye Institute, and he is working on an economic impact study.

The World Health Organization estimates that 253 million people worldwide have an unmet vision impairment and that more than half of these cases are linked to a lack of corrective eyewear. Other estimates suggest the number of people with vision problems could be as high as 2.5 billion, although many of them use eyewear to see better. 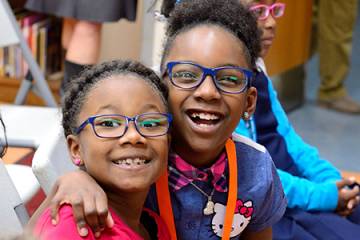 Published Jan 12, 2018
At the halfway mark, Vision for Baltimore has distributed more than 3,000 free pairs of glasses to city students