Chris Cannon, a scholar of medieval literature and one of the world's leading experts on 14th-century poet Geoffrey Chaucer, joined the university as the 31st Bloomberg Distinguished Professor. His appointments are in the Department of English and the Department of Classics, both in the Krieger School of Arts and Sciences. He comes to Johns Hopkins from NYU, where he chaired the English Department for five years.

Eric Bass, a professor of medicine in the School of Medicine, is the new CEO of the Society of General Internal Medicine, which serves 3,000 physicians who are the primary internal medicine faculty of every medical school and major teaching hospital in the United States.

Isaac Bankman, an electrical engineer at the Applied Physics Laboratory, received the U.S. Navy Meritorious Public Service Award, the third-highest civilian award the Navy can bestow. Bankman was recognized for his service from January to December 2016 as a science director for the Office of Naval Research Global in London.

Paul Auwaerter, a professor of medicine in the School of Medicine and clinical director of the Division of Infectious Diseases, began his one-year term as president of the Infectious Diseases Society of America on October 9. The society has more than 11,000 member physicians and scientists.

David Hildebrand, of Peabody's Musicology faculty, and former Peabody archivist Elizabeth Schaaf have written Musical Maryland: A History of Song and Performance From the Colonial Period to the Age of Radio, which prominently features Peabody and is published by Johns Hopkins University Press. The book is full of musical examples, engravings, paintings, drawings, and historical photographs that portray the places around the state in which music has flourished.

Former Maryland Gov. Parris Glendening has joined the faculty of Carey Business School as an executive visiting professor focusing on community design, smart growth, and real estate and infrastructure. Glendening, who was governor from 1995 to 2003, has been traveling both in the U.S. and abroad to advise state and local governments on policies for smart growth, transit, and sustainability. 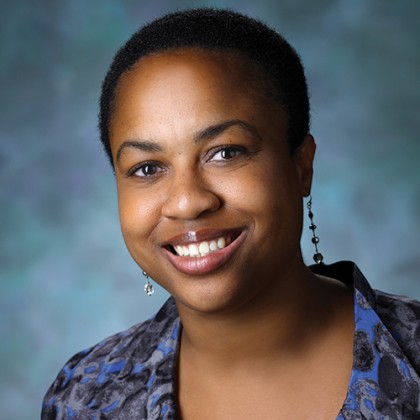 Namandje Bumpus, a School of Medicine associate professor in the Department of Medicine's Division of Clinical Pharmacology and in the Department of Pharmacology and Molecular Sciences, was among the recipients of The Daily Record's 2017 Leading Women Awards, which honor women 40 and younger for the accomplishments they have made so far in their careers. The honorees were selected on the basis of their professional experience, community involvement, and commitment to inspiring change.

Jordan Tropf, a student at the School of Medicine, placed first in the 17th annual Baltimore Marathon. Tropf, a 2014 Naval Academy graduate, finished the 26.2-mile course through the city in 2 hours, 29 minutes, 6 seconds, more than three minutes faster than the second-place finisher. This was Tropf 's first time competing in the Baltimore Marathon.

Johns Hopkins' first chief real estate officer joined the university in September. He is Mitch Bonanno, former senior vice president and director of development for Vornado/Charles E. Smith of Arlington, Virginia. He will work within the Johns Hopkins Facilities & Real Estate office to support a broad range of university and health system activities.

Laura N. Gitlin, a professor in the Department of Community-Public Health in the School of Nursing and director of the school's Center for Innovative Care in Aging, has been named chair of the U.S. Department of Health and Human Services Advisory Council on Alzheimer's Research, Care, and Services. She will lead the council's efforts in developing and furthering initiatives that impact individuals with Alzheimer's disease and related dementias and their caregivers.

Kathleen Schwarz, a professor of pediatrics in the School of Medicine, has been selected by the North American Society for Pediatric Gastroenterology, Hepatology and Nutrition for its 2017 Shwachman Award for her lifelong scientific and educational contributions to the field of pediatric gastroenterology.

Ron Luman, chief of staff at APL, has been selected as an INCOSE Fellow by the International Council on Systems Engineering. Luman was cited for "significant contributions to [the] advancement of systems thinking in fields ranging from homeland security to major military development programs, providing guidance to the U.S. government, the military services, the intelligence community, and academia."

Chen Li, an assistant professor in the Whiting School of Engineering's Department of Mechanical Engineering and a member of the Laboratory for Computational Sensing and Robotics, has been selected by the Army Research Office to receive its prestigious Young Investigator Program award. Li's research focuses on helping scientists better understand how creatures such as lizards and insects traverse complex topographies, with the goal of enabling legged robots to navigate challenging terrains, such as post-disaster building rubble.

John Wong, a professor of radiation oncology and molecular radiology and head of the Division of Medical Physics in the School of Medicine, has received the American Association of Physicists in Medicine's 2017 Edith H. Quimby Lifetime Achievement Award. Wong developed the technology that gives radiation oncologists the ability to create CT images at the same time the patient receives radiation, transforming how radiation therapy is delivered to patients in clinics around the world. 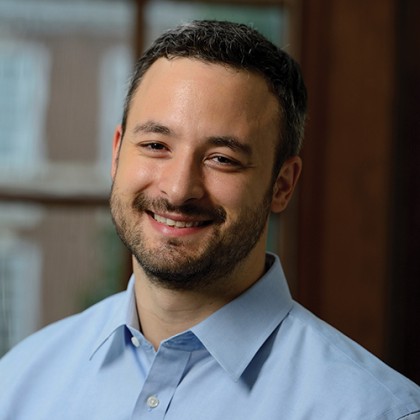