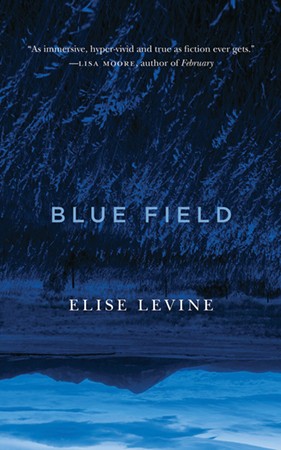 This taut novel immerses its readers in grief's disorienting morass. Late 20-something Marilyn takes up cave diving after she loses her parents in quick succession, and starts up a romance with her instructor, Rand, that leads to marriage. Her lifelong friend Jane soon joins their diving expeditions. During one excursion, Marilyn makes a few decisions that endanger her and her fellow divers' safety; a few days later Rand and Jane take off on a more advanced dive that results in Jane's death. After a time, Marilyn plunges back into the water, pushing herself to take bigger risks, to submerge herself deeper in the inky darkness.

What makes Blue Field (Biblioasis) so gripping is that author Elise Levine, program director of the Krieger School's part-time Master of Arts in Writing program, explores this intense emotional terrain in stark language. Time jumps indeterminately between the novel's six sections. Chapters often last but a few pages. And Levine pares down sentences to a hypnotically lyrical minimalism, expressing a maximalist level of physical and emotional detail with few words, as in this passage describing Marilyn surfacing post-dive: "Finally with a great mud-unsucking she stumbled onto land. A few unsteady steps beneath her hundred pound–plus gear and she latched her arms around a tree trunk and twisted her mask from her face. A smoky rosemary scent. Random birds. Smudge of grey sky."

Blue Field is technically written in the third person, but because so much of the novel takes place inside two increasingly ineffable voids—Marilyn's psyche and the titular azure of deep waters—it reads like a telegraph dispatching psychological Morse code. At just over 220 pages, it's a slim read that lands with a monolithic force. 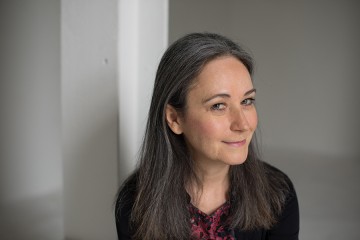 A conversation with the author of Blue Field

A conversation with AAP's Elise Levine

Published Summer 2017
Author opens up about her process, her inspirations, and the one writer she recommends to everyone / Johns Hopkins Magazine