When it comes to Arctic political strategy, America lags behind 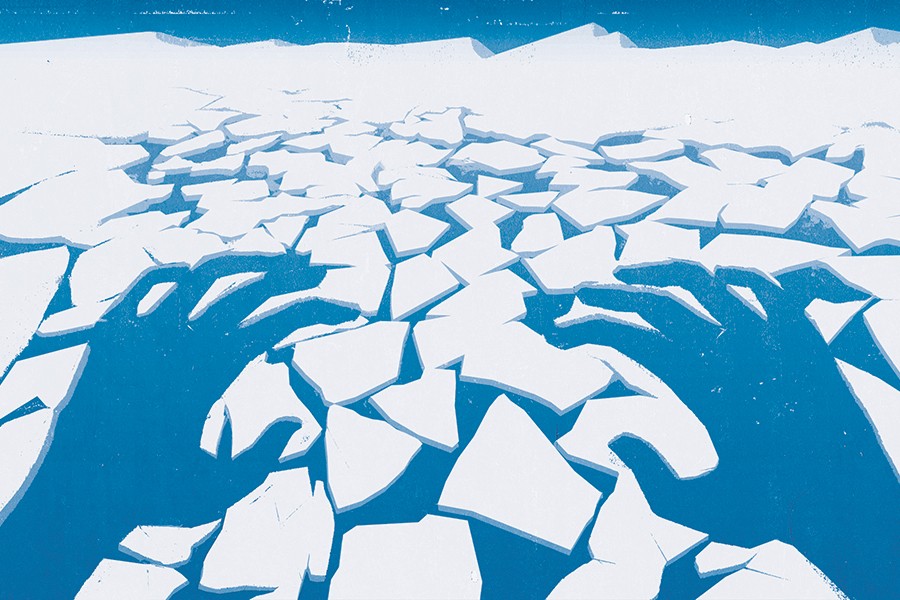 In early 2016, a Russian envoy submitted to the United Nations his country's claim to an immense swath of Arctic Ocean seabed, an area covering some 746,000 square miles, including a sizable chunk under the North Pole. Denmark, Norway, and Canada subsequently made their own overlapping seabed claims, based on the 1982 United Nations Convention on the Law of the Sea that says a nation may stake out exclusive rights for fishing, drilling, and other economic activities within a 200-nautical-mile distance from its coastline.

Why this massive territory grab in such a remote, desolate, and ice-covered region once visited only by explorers and polar bears? Put simply, the Arctic is significantly less icy than it used to be. The rapid melting of the Arctic sea cap has left once-impenetrable waterways more navigable, albeit for only a few months per year, and created opportunities for countries to benefit economically by exploiting undiscovered oil and gas reserves, tapping pristine stocks of fish, and forging faster and more direct shipping lanes to Europe, according to Charles Doran, a professor of international relations at the School of Advanced International Studies. But the United States has a lot of catching up to do in terms of Arctic activity, says Doran, an expert on energy and security issues who served on the Council on Foreign Relations' Independent Task Force on U.S. Strategy in the Arctic.

"If we're not prepared to take advantage, somebody else will get the slip and we will fall behind."
Charles Doran
School of Advanced International Studies

The task force, which began its work in 2015, was asked to develop recommendations for the incoming administration to consider as it weighs its options in the Arctic. In its final report, released in March and titled "Arctic Imperatives: Reinforcing U.S. Strategy on America's Fourth Coast," the task force concluded that because of Alaska, the United States is a significant Arctic nation with military, economic, and scientific interests. With portions of the Arctic warming at twice the rate of the rest of the planet, the report stresses that the United States needs to increase its strategic commitment to the region or risk leaving its interests unprotected. The task force contends that the United States lags significantly behind other nations that have updated their strategic and commercial planning to take advantage of the opening of the region.

As for why we have not kept up, Doran says that the United States has been distracted by domestic issues, environmental concerns, the presidential election, and political interests in other parts of the world. "I wouldn't say it's been a matter of political dysfunction, as we were simply worrying about other things," Doran says. "Nations like Canada view the Arctic as potential wealth. Americans, by and large, don't view the Arctic as important, so there is little political pressure."

While Russia has over 20 ice-breaking ships to help clear the way for maritime missions, and China is building its third, the United States owns only two operational icebreakers to serve both the Arctic and the Antarctic. Asserting that they are essential to future missions in the region, the task force recommends that the United States fund and build six additional icebreakers within the next 10 years. The United States also needs greater investment in Alaskan infrastructure, including deepwater ports, roads, and reliable telecommunications to support economic development and a sustained security presence in the region. Currently, almost no infrastructure is in place within the U.S. maritime Arctic. A major stumbling block, Doran says, is that the United States has yet to ratify the United Nations Convention on the Law of the Sea owing to resistance from a Republican bloc in the Senate that argues the law undermines U.S. sovereignty and could expose American companies to international restrictions such as carbon emission limits. The task force strongly recommends that the U.S. Senate adopt the Law of the Sea treaty to help secure the legal rights to more than 386,000 square miles—roughly the size of California—of subsea resources along its extended continental shelf. The report doesn't directly address the Obama administration's 11th-hour efforts to protect the Arctic; in December 2016 President Obama banned drilling in 98 percent of U.S.-controlled Arctic waters, using a provision of a 1953 law that granted him such authority. Doran says the committee conducted its work with the assumption there would be "some opening up" of Arctic territory in coming years. The report also recommends that the United States continue diplomatic efforts with other Arctic states, including Russia, on security concerns, environmental issues, and the protection of native communities.

In his addendum to the report, Doran writes that the Arctic will open to heavy use sooner rather than later, and that greater policy urgency is necessary both to tap opportunity and to cope with disaster. Doran believes that the first successful extraction of offshore oil and gas reserves will create a gold rush. Within a couple of decades, he believes, more than 400 mining and drilling sites will become accessible. "If we're not prepared to take advantage, somebody else will get the slip and we will fall behind," he says. "Unless the United States wants its Arctic coastlines to become a backwater, it likewise must plan for access to industrial sites as well as to cross-Arctic transit." Doran contends that a year-round Arctic shipping lane could put the Panama Canal out of business. "In just a couple of decades, that kind of transit could be possible, and the probability is extremely high at the current rate of ice melting."

He underscored the task force's recommendation to fully fund scientific research beyond 2017 to better understand the regional and global impact of accelerated climate change. "The price of global warming can have a huge, devastating effect on animal populations such as caribou and minke whales. So any policy specific to Arctic economic activity needs to be implemented in concert with policies to deal with these pressing climate change issues." 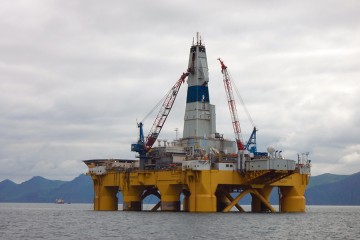