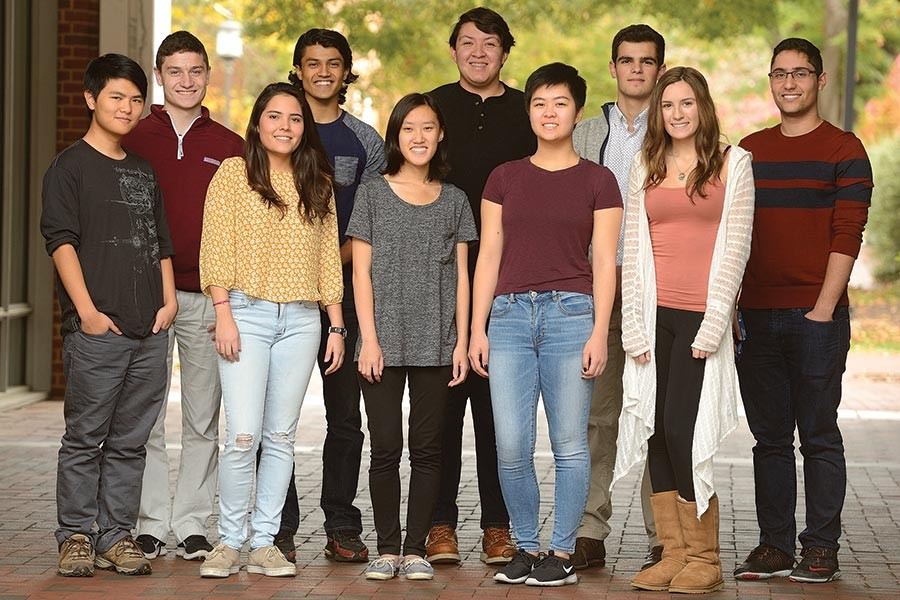 Image caption: The inaugural class of Clark Scholars will work together on engineering and societal problems

As a child, Sindhu Banerjee wouldn't just tinker with toys—he would disassemble them. He'd fiddle with their batteries and circuits, figure out how they worked, then challenge himself to put it all back together.

Banerjee's curiosity led him as a teenager to an internship in summer 2014 at Boston's Beth Israel Deaconess Medical Center. There, he learned how tech intersects with health care by updating patient prescriptions in electronic health record software and using tools like the pulse oximeter to monitor the oxygen saturation of patients' blood. The experience convinced him to apply his love of math and engineering to a career in medicine. In his acceptance letter from Johns Hopkins, he learned he would get some help reaching that goal: He was one of 10 incoming students chosen for the inaugural class of Clark Scholars. The undergraduate scholarship program would offer Banerjee not only a first-class biomedical engineering education but also leadership training, community service opportunities, business management and entrepreneurial skills development, and a community of students who share his interests. "The opportunity to be part of such a small, select group that focuses on entrepreneurship and hands-on business experience was too good to pass up," he says. "I really want to be an entre­preneur, and this program will help me walk away from Hopkins with that experience."

The Clark Scholars Program was established in 2016 with a $15 million gift to the Whiting School of Engineering from the Clark Charitable Foundation. It was the largest endowed scholarship gift ever given to the school. The program aims to attract talented engineering students to Johns Hopkins by providing financial aid and preparing them for leading roles in engineering and business.

The scholarship launched in fall 2016 with 10 students—four in computer science, four in biomedical engineering, and two in mechanical engineering. A new cohort will join each fall. "The Clark Scholars Program furthers the Whiting School's mission of fostering engineering leaders and leadership for the benefit of society," says Ed Schlesinger, Benjamin T. Rome Dean of the Whiting School. "By combining engineering with business, community service, and leadership opportunities, the program helps us attract the best students to Johns Hopkins and it enables us to have an impact on the world."

A. James Clark, who died in 2015, was a construction engineer and the chairman and CEO of Clark Enterprises. He built Clark Construction, which is now one of the country's largest privately held general building contractors, with high-profile projects like FedExField, Nationals Park, and the Verizon Center. Clark, who had been a university trustee, donated $10 million toward the construction of the biomedical engineering building on the Homewood campus and gave $10 million to endow the Whiting School's deanship.

Banerjee and the rest of the scholars began the program with an Introduction to Business course, taught by senior lecturer and Clark Scholars Program mentor Lawrence Aronhime; in the spring, they began a leadership class together. During the next three years, they'll take courses in business, entrepreneurship, and design. "The idea is to have them work on real engineering and societal problems together," Aronhime says. "We're creating a unique experience for them in the framework of a broader Hopkins experience." The students will create business plans and participate in design competitions. They'll take part in Aronhime's book club (reading books like The Wealth of Humans by Ryan Avent and The Innovators by Walter Isaacson), go on field trips (Aronhime has set his sights on the National Museum of American History in Washington, D.C., or the Franklin Institute in Philadelphia), and hear from guest speakers. They'll get early and active exposure to design thinking—as a small, tight-knit community. "We're growing closer as a cohort," Banerjee says. "It's wonderful to have a group of friends that I can bounce ideas off of. The group is highly motivated, and we possess a wide variety of skills, so I think collaboration on future projects is inevitable."

After chatting with friend and fellow Clark Scholar Arsen Klyuev, a computer science student from Rockville, Maryland, Banerjee started working on a business plan for a new venture: selling workout supplements in the Ralph S. O'Connor Recreation Center. He's applying the same curiosity he had as a child, tinkering with his toys, to create new ideas for a business—and after just one semester as a Clark Scholar, he has the tools to get started. 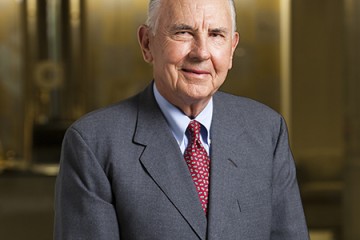