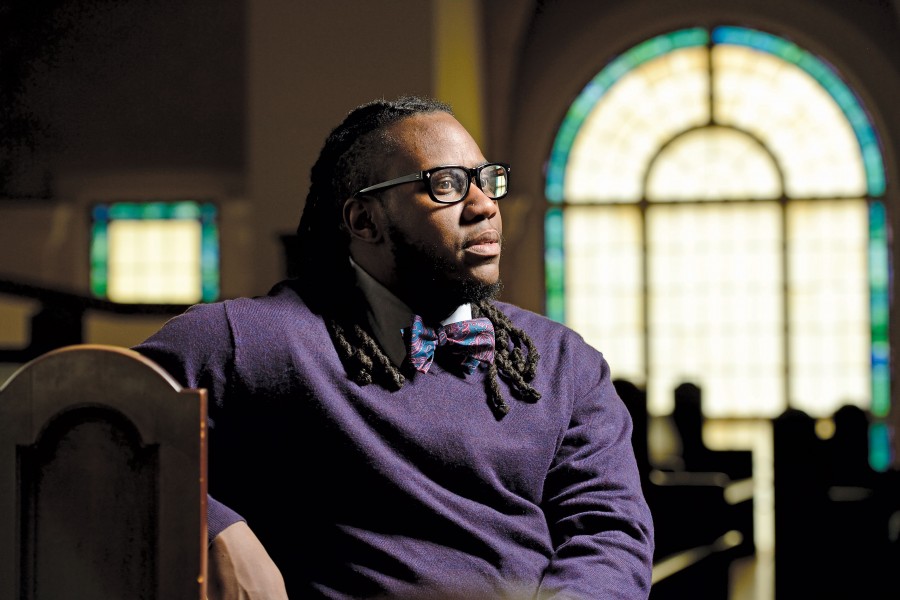 Image caption: Asher Kolieboi thinks a lot about the user experience of religion.

Asher Kolieboi describes himself as a "theologian turned techie." This helps explain why, when he thinks about religion, he sometimes thinks about UX. "UX" is shorthand for "user experience"; in regard to computers, it refers to how people interact with the technology. Do they find it easy to use or frustrating? Is it intuitive, or does it require instruction?

Technology is changing the way people interact with faith and each other, says Kolieboi, assistant chaplain at Johns Hopkins Campus Ministries. And as he learns more about UX design, he finds himself thinking about how ideas of user experience pertain to his work at Campus Ministries. "Technology removes barriers," he says. "It helps make religion not such a monolith." Kolieboi, 31, says every smartphone has the potential to become a tool for practicing religion—a holy text in every pocket. And yet, he says, there's not much research out there that explores the intersection of religion, one of humanity's oldest institutions, and the internet, one of its newest.

Kolieboi joined the university's staff in 2015 to organize religious programs and events for students and to promote the Interfaith Center. He hopes to be ordained as a minister this October. But Kolieboi's path has recently taken an unexpected turn: In addition to finishing the ordination paper he must defend before a committee, he is enrolled in an advanced certificate program at the University of Baltimore for user experience design. The program, a decidedly unconventional route for a theologian, involves examining the needs and habits of users—how they like to communicate, where their eye is drawn on a page—and designing an online experience that works instinctively. He explains that UX is like a sidewalk: designers might pour concrete in straight lines and right angles, but the sidewalk's users—the people—cut corners to get to where they're going.

"When I first explored the program, I was worried that I was coming from a field that is so far out of the realm of user experience," says Kolieboi. "But everything is UX. A big part of the field is empathy and creating online environments with the user in mind," Kolieboi adds. The certificate even incorporates his background as an activist and community organizer. "The concept of 'One Web' comes up a lot—the idea that no matter who you are or where you are, you should be able to access the internet. Creating digital spaces and making sure people have unrestricted access to the World Wide Web—via phones, libraries, affordable internet, web design that's accessible for people with disabilities—is a human rights issue. Access to information is a human rights issue. And this is where churches and web designers can work together."

Kolieboi plans to incorporate what he has learned into his work at Campus Ministries, where he is tasked with increasing the office's outreach while counseling students from all faith backgrounds. Step one: increase the office's visibility through Facebook and a redesigned website. And although there's no official plan yet for Campus Ministries to go as high-tech as holding religious services via Skype, Kolieboi says he learns as much from other groups' successes as from their missed opportunities. "One of our barriers is that students may not know that we're a resource," he says. "Unfortunately, I think that campus ministries—not just here, but around the country—are missing out on this opportunity to look into what exactly it is about social media and technology that excites young people of faith." 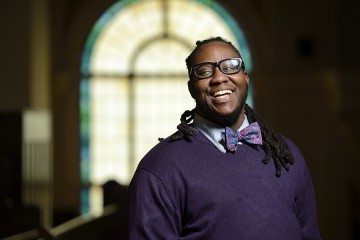