By Edited by Rebecca Ruark

John Simon, A&S '54, was presented with the Tom Fangman Award in October 2013 in recognition of his 37 years of service to the New Jersey Science Teachers Association. Charter participant of NJSTA and president of the John Simon Instrument Company, Simon has contributed to the design and manufacturing of educational microscopes.

Vivian Adelberg Rudow, Peab '57 (Cert), '60, '79 (MM), performed in December 2013 in the Festival of Nine Lessons and Carols with the Maryland State Boychoir in Baltimore. She has won an award from the American Society of Composers, Authors and Publishers every year since 1987.

Arnold "Arnie" Silverman, Engr '59, was recently honored in recognition of 50 years of distinguished service as a member of the bar at a reception hosted by the Allegheny County Bar Association in Pittsburgh. He is also a member of his 55th reunion committee.

Nicole Salinger, SAIS Bol '60 (Dipl), reports that she was named president of the Friends of the Musée Marmottan Monet in May 2011. The Paris museum is home to the world's largest collection of Claude Monet's work.

Nan Rendall Phifer, A&S '66 (MLA), was named a resident scholar for the Oregon Writing Project at the University of Oregon and leads a variety of writing workshops.

Harold Kafer, Peab '71, '72 (MM), performed a program of songs and dances for the keyboard on November 10, 2013, at the Northern Illinois University School of Music. Kafer served as director of the School of Music, dean of the College of Visual and Performing Arts, and deputy provost before he retired in 2010.

Stephen Paul Mahinka, A&S '71, was one of five initial members inducted into the Legal Media Guide Life Sciences Hall of Fame in September 2013 for distinguished contributions to the life sciences industry. He continues as chair of Morgan, Lewis & Bockius' global Life Sciences and Healthcare Interdisciplinary Group and as a partner in the international law firm's Washington, D.C., office.

Eugene "Gene" Nerf, Engr '72, retired in 2013 from the Baltimore-based Mueller Associates, a mechanical and electrical engineering firm. He lives in Glen Burnie, Maryland, with his wife of 50 years, Eileen.

David C. Wilbur, A&S '75, received the CAP Outstanding Service Award from the College of American Pathologists on October 12, 2013, in Orlando, Florida. Wilbur was recognized for his significant contributions as co-chair of the Lower Anogenital Squamous Terminology Standardization Project for Human Papillomavirus-associated Lesions.

Michele Longo Eder, A&S '76, was appointed in December 2013 to serve on the board of trustees for Oregon State University.

Victor E. Long, A&S '76, an attorney with Regan Zambri Long & Bertram in Washington, D.C., was recently selected for inclusion in The Best Lawyers in America in the specialty of medical malpractice. He is the current president of the Trial Lawyers Association of Metropolitan Washington, D.C.

John B. "Jay" Watkins, A&S '78, joined Wiley Rein LLP as a partner in the law firm's corporate practice in Washington, D.C., in November 2013. He is regularly ranked in The Best Lawyers in America, including the publication's 2014 edition.

Peter K. Rogan, A&S '79, holds a Tier I Canada Research Chair in genome bioinformatics and is a professor of biochemistry and computer science at the University of Western Ontario. Rogan also founded a company in 2008 called Cytognomix Inc., which produces patented products for human genome analysis.

Susan Meyer, A&S '80, is a professor of English at Wellesley College and lives outside Boston with her husband and daughter. Her novel for young readers, Black Radishes, won the 2010 Sydney Taylor silver medal and was a finalist for the 2011 Massachusetts Book Award.

J. Marcus Noland, A&S '83 (MA), '86 (PhD), was named the executive vice president and director of studies for the Peterson Institute for International Economics in November 2013. The Washington, D.C., institute is a private, nonprofit think tank for study and discussion of international economic policy.

Abdellah Kherchi, SPH '84, is a consultant to the European Union in Morocco for its $70 million Euro PASS II project. The project's aim is to strengthen the Moroccan health system.

Deane B. Brown, A&S '86, was appointed to the board of directors of the Illinois Bar Foundation in October 2013. Brown is a partner in the Chicago law firm of Beermann Pritikin Mirabelli Swerdlove LLP.

Mark Salevitz, A&S '86, is a self-taught American painter living in Scottsdale, Arizona, whose original work was featured at an exhibition at the Agora Gallery in New York City from November 22 to December 13, 2013.

Eric Gadd, Bus '88 (MAS), was named to the board of Delek Logistics in October 2013. Delek US Holdings is a diversified downstream energy company headquartered in Brentwood, Tennessee.

Robert Lee Gould, A&S '88 (MLA), was appointed vice president of marketing and communications for NextEra Energy and Florida Power and Light Company in 2013.

Harold L. Paz, Med '88 (PGF), was named chair of the board of directors of the Association of Academic Health Centers in September 2013. Paz is chief executive officer for Penn State Hershey Medical Center and Health System, Penn State's senior vice president for health affairs, and dean of Penn State College of Medicine.

Philip A. Cole, Med '89 (MD/ PhD), was among the 388 new fellows elected in November 2013 to the American Association for the Advancement of Science. Cole is a researcher for the Johns Hopkins University School of Medicine's Department of Pharmacology and Molecular Sciences.

Laura Donegan, A&S '89, is now affiliated with the University of Maryland St. Joseph Medical Center, in internal medicine. Her husband, Robert Donegan, is an oncologist with Greater Baltimore Medical Center. Their three children are involved with Johns Hopkins University through its Center for Talented Youth summer programs.

Charles Connolly, A&S '91, joined the Washington law office of Akin Gump Strauss Hauer and Feld in September 2013 as a partner in its litigation practice.

Jiyeun Rha, A&S '91, a veterinarian in Denver, writes that when she was a veterinary school resident at Tufts University, she crossed paths with Jocelyn Polston Cowan, A&S '96, who was a student at the time. Cowan is now a veterinarian for Uxbridge Animal Hospital in Massachusetts.

Elliot Menschik, Engr '93 (BS/ MSE), is one of the founders of DreamIt Health Baltimore, designed to speed the growth and success of early-stage information technology companies.

Sara Farber, A&S '96, co-founder of Galactic Sneeze, a Brooklyn-based "fun stuff think tank," has created and brought to market Schmovie: The Hilarious Game of Outlandish Films, a tabletop party game. Farber has designed, written, and produced content for toys and games for 15 years.

Ilise Feitshans, SPH '96, served as a presenter and rapporteur for the COR6 working group at the December 2013 United States– European Union meeting "U.S.-EU: Bridging nanoEHS Research Efforts," sponsored by the National Science Foundation. Feitshans is a scholar in law of health at the University of Lausanne Institute for Work and Health in Switzerland.

Elizabeth J. Fowler, SPH '96 (PhD), was elected to the board of directors of the National Quality Forum, which guides the conversation on strategic and policy issues. Fowler is vice president for global health policy in the government affairs and policy group at Johnson & Johnson.

Dan Zuberi, A&S '96, is an associate professor of social policy and is the Royal Bank of Canada Chair in Applied Social Work Research at the University of Toronto.

Louis Keiler III, Engr '98, is director of research for the Department of Radiation Oncology at Kettering Medical Center near Dayton, Ohio. He is married to Sara Jessica Becker, and they have a new daughter, Lillian Florence Keiler.

Raphael Isaac, A&S '00, is enrolled in an interdisciplinary graduate program at the University of California, Davis. Through his studies and research, Isaac hopes to play a role in minimizing the negative air quality and climate impacts of the transportation system at the domestic and global levels.

Albert Olagbemiro, Engr '00 (MS), Bus '02 (MBA), is a manager with the PriceWaterhouseCoopers Chief Information Officer Advisory Services practice. He earned his doctorate in software engineering from the U.S. Naval Postgraduate School and is currently on a two-year tour of active duty in Fort Leavenworth, Kansas.

John Raiti, A&S '00, is a robotics software and Web developer in the Department of Computer Science at Brown University who uses technology to positively impact the lives of severely disabled people.

Daniel "Dan" Trahey, Peab '00, is the artistic director for the Baltimore Symphony Orchestra's ORCHKIDS program, which was honored with a 2013 National Arts and Humanities Youth Program Award.

Daniel Udwary, A&S '00 (MA), '03 (PhD), was hired in June 2013 as a senior scientist for Warp Drive Bio, a biotechnology firm in Cambridge, Massachusetts.

Caroline A. Garriott, A&S '07, received a Fulbright-Hays Doctoral Dissertation Research Abroad award from the U.S. Department of Education in October 2013. Garriott is a graduate student in the Department of History at Duke University.

Johanna Leigh McKinzey, Nurs '08, was awarded a scholarship from the Nursing Economic$ Foundation in October 2013. McKinzey is a registered nurse in the neonatal intensive care unit at Seton Medical Center in Austin, Texas, and is in the Master of Science in Nursing program at Loyola University New Orleans.

Brian Boyarsky, A&S '09, contributed to the HIV Organ Policy Equity Act, which was signed into law on November 21, 2013. The HOPE Act aims to reverse the longtime ban on letting HIV-infected people donate their organs for transplantation after death.

Max Dworin, A&S '11, a consultant with Teneo Strategy, spearheaded a project in 2013 in partnership with the Rockefeller Foundation in New York City called the Art of Philanthropy. The foundation developed a crowdsourced art piece in celebration of the accomplishments of philanthropy in the U.S. and abroad.

Elizabeth Laseter, A&S '11, recently moved to Birmingham, Alabama, to participate in an editorial fellowship at publishing company Oxmoor House. In addition to putting together cookbooks, Laseter assists in the test kitchen and writes a weekly blog called Sunday Supper for Southern Living.

Sara Luterman, A&S '11, daughter of Maynard Luterman, A&S '81, graduated from the University of Maryland in May 2013 with a Master of Fine Arts in creative writing.

Jordan P. Cooper, SPH '12, is a candidate for state delegate in the Democratic primary in Maryland's 16th District.

Alec Sandon W. Dancy, A&S '12, is a student in the 2016 class of the University of Maryland School of Dentistry in Baltimore. 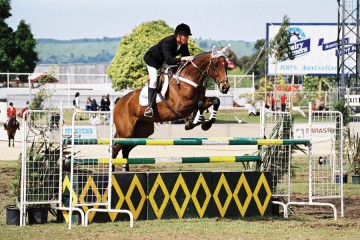 A run for her money 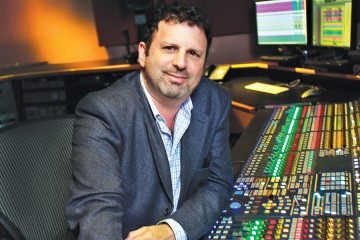 From AMR to 'SNL'

Published Spring 2014
Josiah Gluck, A&S '81, is a sound engineer for 'Saturday Night Live,' where he has worked with some of music's biggest stars / Johns Hopkins Magazine