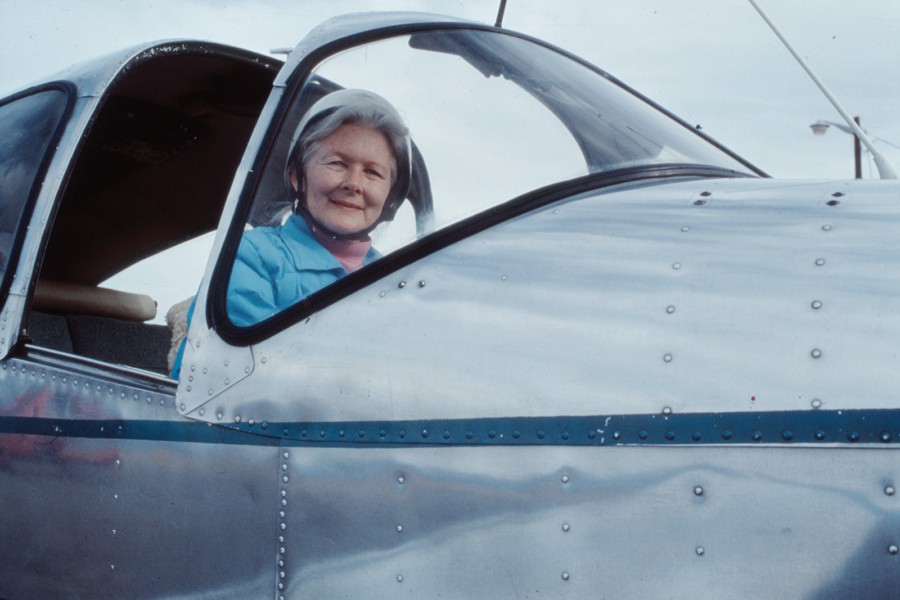 Image caption: Injury epidemiologist Susan Baker has been a pioneer in the field of injury prevention and control for decades. A licensed pilot, she is currently researching fatalities resulting from sightseeing flights.

In the mid-1970s, injury epidemiologist Susan Baker, SPH '68, spent her mornings studying bodies in the Office of the Medical Examiner's autopsy room on Baltimore's Fleet Street. Weaving around four tables, she investigated each body's injuries and read case reports, searching for patterns. Since joining the office in 1968, she had inspected only a few infants a year who suffered fatal injuries in motor vehicle accidents. But because she did not see older children with the same injuries, Baker had a hunch: Babies were more likely to die in these crashes than older children. She embarked on a study and found that she was right—infants died in motor vehicle accidents at twice the rate of 1-year-olds. Her findings, published in a landmark paper in 1979, led advocates to successfully push for infant car seat laws in several states. Such groundbreaking research has marked Baker's career as a professor at the Bloomberg School of Public Health; it is also what led to the endowment of the Susan P. Baker Scholarship in Injury Prevention and Control, which aims to support the next generation of injury prevention researchers at the Bloomberg School.

Baker remembers well how infants traveled before car seats were available. In the 1950s, before she had a hand in more than 250 research papers and five books about injury prevention, Baker had three young children. With her husband, Tim, driving, Baker would sit in the passenger seat with one of the infants on her lap—a human airbag between Baker and the dashboard. "That was the standard way to travel," she says. Tim Baker, A&S '48, SPH '54, an international health professor at Johns Hopkins, was already a safety advocate and had installed khaki aviation lap belts in the family car more than a decade before federal law required seat belts. But the need to restrain infants never crossed their minds. "We didn't think anything about it," Baker says.

Baker would start thinking seriously about injury research a decade later while studying public health at Johns Hopkins. In 1966, trying to avoid taking a chronic disease epidemiology class so she could be home more often with her children, she chose to work on an independent research project instead. Her husband, remembering how horrified she had been on hearing that 50,000 people die in motor vehicle accidents annually, suggested she research accidents. Although this was not considered a public health discipline at the time, Baker chose to study the causes of fatal car crashes. Since then, she has researched accidental and intentional fatalities—such as those caused by guns, aviation crashes, opiate poisoning, and bicycles—and how to prevent them. But her vehicular infant fatality study remains one of her proudest professional accomplishments.

When she began looking into infant deaths, Baker requested data from the National Center for Health Statistics—which showed that 3,152 children under 13 died in motor vehicle accidents between 1976 and 1977. She analyzed the data by age and her resulting paper, published in Pediatrics, was a mere two pages long. "It would take you three min-utes to read it, but [it] was somewhat revolutionary," she says.

After the paper was published, advocates used Baker's research to nudge their states' lawmakers to pass infant car seat laws. Influencing policymakers usually takes years, but Baker says that doing so is the most effective way to prevent injuries. "Trying to change the behavior of people who are most likely to be injured is even harder," she says. "They're usually very young, very old, or very drunk." In this case, state legislatures were already thinking about improving infant safety in motor vehicles, thanks to Tennessee, which became the first state, in 1978, to require car seats for infants. By 1982, 20 more states had passed similar laws. Today, all 50 states require child safety seats, which decrease the chances that infants will die in motor vehicle accidents by 71 percent.

Over her nearly 50-year career, Baker has also helped bring injury prevention to the public health curriculum at Johns Hopkins. In 1973, she taught the university's first injury prevention course; in 1987, she was the founding director of the Johns Hopkins Center for Injury Research and Policy, which celebrated its 25th anniversary last year. In 2012, her colleague Leon Robertson, a retired injury epidemiologist who held positions for many years at Johns Hopkins, Harvard, and Yale, established an endowment in her name. Baker is deserving of this honor because her large body of work "made it legitimate for epidemiologists to work in the field," Robertson says. Wanting to attract good students, Baker and her husband also contribute to the endowment.

Last December, Baker was packing up her office in the Bloomberg School's Hampton House, though she still teaches and advises students. At 82 and wanting to drastically reduce her daily driving time, she plans to eventually be on campus only one day a week. But she hasn't slowed down. From home, Baker is working on two different studies, researching the number of fatalities caused by fires and burns, as well as fatalities resulting from sightseeing flights. After all, there will always be more injuries to prevent. 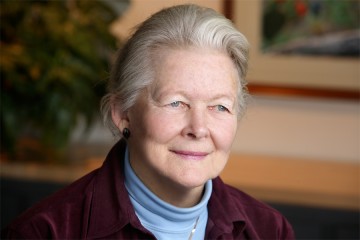