Sequencing not a crystal ball 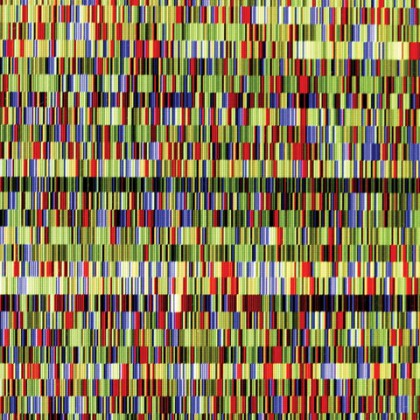 Referring to a study involving thousands of identical twins, Johns Hopkins researchers say that the sequencing of an individual's genome isn't the diagnostic tool many scientists had hoped it would be. "Sequencing isn't a crystal ball," says Bert Vogelstein, a professor of oncology at the School of Medicine and one of the study's lead researchers. "Just because people may receive a negative test for having a genetic predisposition to a certain disease doesn't mean they won't develop it. There are all kinds of nonhereditary factors that can cause disease." Vogelstein and other investigators examined health records of twins—each pair shares the same genome—from Scandinavian countries and the United States. They collected information on the incidence of 24 diseases, including cancer, and then used a mathematical model to see if one twin's experience could help predict whether the other twin would develop a similar illness. The investigators found that sequencing is of some value in the case of inherited diseases, but it is a poor predictor of common disease. "We looked at the maximum theoretical potential of genomic mapping and concluded that no amount of knowledge of your genetics will prevent you from getting disease." Learn more &raquo;

AIDS experts at Johns Hopkins have calculated precisely how effective certain anti-HIV drugs are. Used alone or in more than 850 combinations, the drugs suppress the virus that can cause AIDS. The findings could more easily point physicians toward the best individualized treatment for their patients. Learn more &raquo;

Bloomberg School of Public Health researchers have discovered that female sex workers in developing countries are 14 times more likely to become infected with HIV than the rest of their country's population. Learn more &raquo;

The number of black women in six U.S. urban areas who contract HIV each year is five times higher than was previously thought. Sixty percent of newly infected women each year are black, though African-American women represent only 14 percent of the U.S. female population. Learn more &raquo;

Scientists at Johns Hopkins and elsewhere have identified five previously unknown gene mutations linked to elevated blood-platelet counts in African-Americans. The finding could lead to drugs that lower risk for heart disease and stroke in African-Americans, who generally have higher counts of blood-clotting platelets than whites. Learn more &raquo;

Primary care doctors with unconscious racial biases engender less trust from their African-American patients, researchers at the School of Medicine and the Bloomberg School have found. Doctors with biases tend to dominate conversations, pay less attention to social and emotional needs, and make patients feel less involved in making decisions about their health. Learn more &raquo;

Latina mothers with young children prefer non-Spanish-speaking pediatricians with empathy and warmth far more than pediatricians who are merely fluent in Spanish, according to research done by the Johns Hopkins Children's Center. Learn more &raquo;

Doctors who are obese or overweight are less likely than physicians of normal body weight to discuss weight issues with patients, or to diagnose their patients as obese, according to a joint study by the Bloomberg School and the School of Medicine. Learn more &raquo;

Parents generally understand the risks of a poor diet in children but aren't always aware that children can become overweight or obese as young as 2 years old, or that they require more physical activity to counteract weight problems, according to the Children's Center and All Children's Hospital in Florida. Learn more &raquo;

Overweight people who shed pounds, particularly from the belly, have better blood vessel function than people who don't lose the weight—no matter the type of diet they employ, according to a study from the School of Medicine. Learn more &raquo;

Mice who eat a high-fat diet grow a disproportionately high number of new nerves in their brains. The neurons appear to be clustered in a part of the brain that regulates eating. Learn more &raquo;

Chickens are still ingesting antibiotics that have long been banned by the U.S. government, a study by scientists at the Bloomberg School and Arizona State University found. An analysis of farmed chickens' feathers also found traces of arsenic, caffeine, home care products, and Prozac. Learn more &raquo;