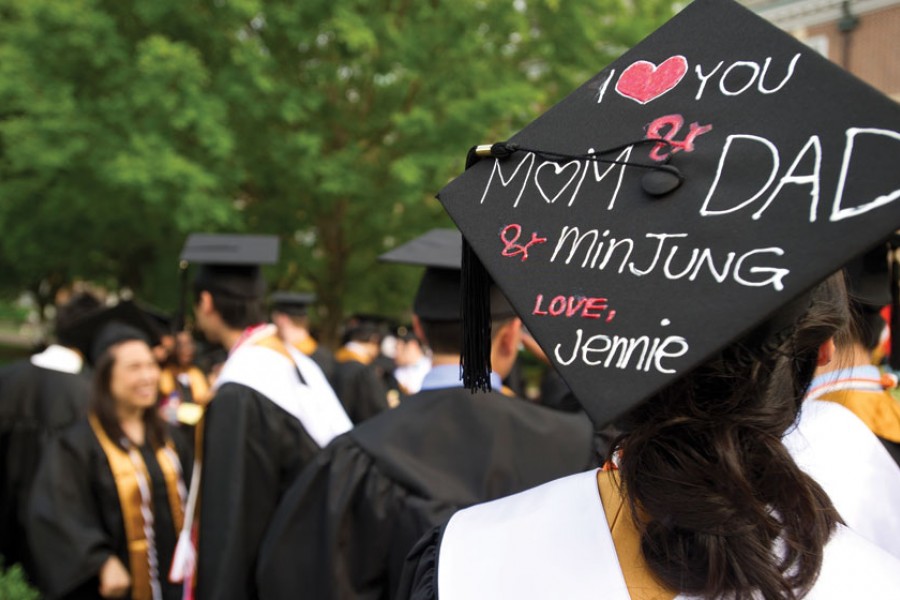 By the time you receive this magazine, Johns Hopkins University will have graduated the class of 2012 in its annual universitywide commencement ceremony on Homewood Field. At press time, there were 7,529 degrees, diplomas, and certificates to be awarded on Commencement Day, with 1,664 bachelor's degrees going to graduating seniors. Of the university's nine schools, the Krieger School of Arts and Sciences and the Whiting School of Engineering are typically responsible for the largest number of graduates, with an estimated 2,240 and 1,412 degrees and certificates, respectively, awarded this year.

Samuel J. Palmisano, A&S '73, chairman of the board at IBM and a former Johns Hopkins University trustee, was scheduled to be the featured speaker at the May 24 event, during which the university also planned to award him an honorary doctorate of humane letters. After earning his bachelor's at Johns Hopkins in 1973, Palmisano was hired as a salesman at IBM, where he began a long and successful career. He took over as CEO in 2002 and, over the past decade, has built a legacy that includes growing the company to over 433,000 employees worldwide, increasing revenue to nearly $107 billion, and investing heavily in R&D. Palmisano stepped down as CEO in January but continues to serve as chairman of IBM's board. "Sam is a daring and visionary leader, whose dedication to discovery and refusal to accept the status quo guided one of the great transformations in business history," university President Ron Daniels said.