One opera, one Pulitzer 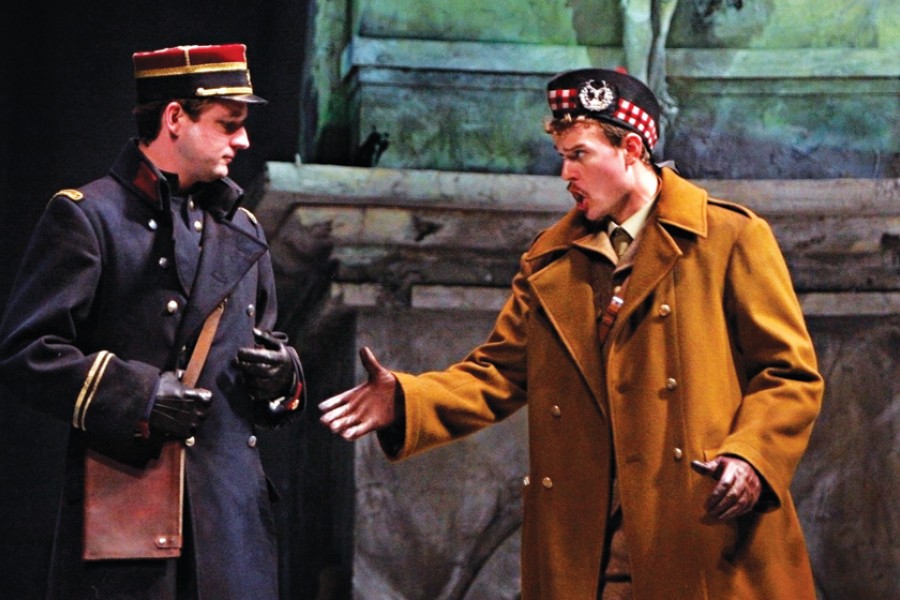 We have it on good authority that when you win the Nobel Prize, you receive an early morning call from the Nobel committee. If you are awarded a MacArthur Fellowship, similar thing—you get a call from the MacArthur people. But composer Kevin Puts did not learn he had won a 2012 Pulitzer Prize until an Associated Press reporter called him in midafternoon, seeking comment on his new accolade. Puts recalls, "There was cheering in the background because the AP had won one, too."

The composer, who is also a Peabody Conservatory faculty member in the Composition Department, won for his first opera, Silent Night, which is set at the Western front of the First World War. The libretto, by Mark Campbell, is adapted from the screenplay of the 2005 film Joyeux Noel, directed by Christian Carion and based on an actual spontaneous 1914 Christmas Eve cease-fire that occurred in the trenches when Scottish, German, and French soldiers decided to stop shooting at each other in observance of the holiday. The work was commissioned by the Minnesota Opera in 2009 and premiered last November.

Prior to Silent Night, Puts had composed four symphonies and several concertos and chamber pieces, but he had little experience composing for voice. This made for some challenges. "I was sort of vague about where one voice type ends and another begins, as far as range," he says. "On a bassoon, for example, you know what the lowest note is, and you know the quality of the upper register, too. But with voice, every voice is different." Plus he had to write vocal parts in five languages: English, Italian, Latin, French, and German. The last two caused the most difficulty. He says, "I had to say the German over and over again in my head before I felt comfortable coming up with music to attach to the words. Rhythmically, German is pretty easy because it's like English, it has clear stresses and weak beats and strong beats. But French is very difficult because they almost don't stress syllables at all when they speak."

There was another tricky element. Central to the story were Scottish troops playing Christmas music on bagpipes. Puts had never written for them. The instrument plays in only one key, B-flat, so Puts had that imposed on him. He adds, "The other difficult thing is they are so incredibly loud that we finally couldn't have them on the stage. We had one of the actors miming the pipes and the actual bagpipe players were as far back offstage as we could put them."

Puts is still adjusting to his new good fortune. He says, "I wake up in the morning and it's just a jolt. It's a good thing, but it's also a scary, stressful thing." He has heeded advice given to him by another Pulitzer winner, composer Jennifer Higdon, who told him to get right back to work. "When I compose, that's a world that makes complete sense, and I have control," he says. "It's where I feel most comfortable, dealing with notes and sounds and telling a story."