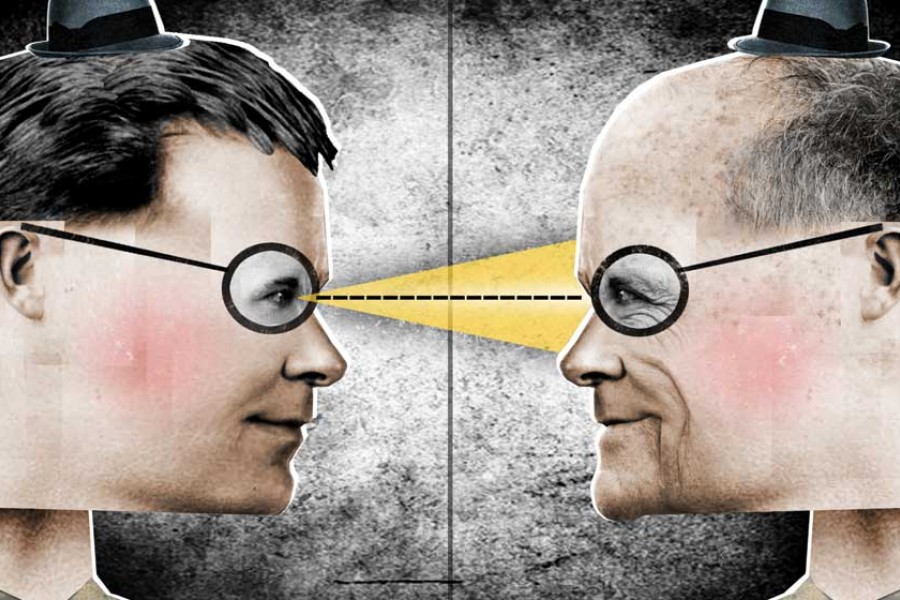 Americans are in denial about death, says Dan Morhaim, and that takes a toll both on their ability to make decisions about how they want to die and on public health budgets. Morhaim is an adjunct professor of health policy and management at the Bloomberg School of Public Health and author of The Better End: Surviving (and Dying) on Your Own Terms in Today's Modern Medical World (Johns Hopkins University Press, 2011). The book is the result of research into how people view death and prepare for it, as well as Morhaim's 30 years of experience as an emergency physician. "I've spent a career seeing people whose lives were hanging in the balance," he says. "Many of them hadn't thought about how they wanted to die. I'm hoping to inspire people to take action before a health crisis occurs and it is too late to plan."

Morhaim also serves in the Maryland General Assembly, where for 18 years he has dealt with health policies surrounding end-of-life issues. He has attempted to liberalize medical marijuana laws so more people can legally smoke pot to relieve cancer symptoms and chemotherapy side effects. He has also noted the rigors that colleagues, friends, and relatives have undergone as they have passed on; Morhaim was particularly inspired by his stepfather, who refused life-prolonging treatment for a terminal kidney ailment. Along with assistant professor Keshia Pollack and others at the Bloomberg School, Morhaim conducted a study to gauge how Marylanders view advance medical directives—living wills, medical power of attorney papers, and other legal documents that entrust someone with carrying out one's wishes shortly before death.

The researchers found that even though 80 percent of Marylanders 18 and older say they want their final wishes to be honored, only one in three has created an advance directive. That number jibes with national figures on the subject. When Morhaim teaches classes to health professionals, the figures dwindle: Only about 20 percent raise their hands when asked if they have made legally binding arrangements. Morhaim believes that many people would not opt for expensive treatments that only prolong their lives by days or weeks, especially if they are mentally compromised or in pain. If people are incapacitated, their loved ones must decide whether they will receive drugs or therapies that keep them barely alive. Such decisions affect not only the lives of individuals and their families but taxpayers as well. One-fourth of Medicare's $500 billion annual budget is spent on patients during the last six months of their lives.

Morhaim makes it clear that he is not talking about assisted suicide. He rails at the idea of so-called death panels, phantom committees created by opponents of President Barack Obama's health care reform act when a draft of the law included Medicare compensation for physicians who discuss end-of-life options with patients. He thinks that Americans should be having more of those discussions, and then convert them into action plans that carry the force of law. "I want everyone 18 and older to have some kind of advance directive. To me, this is as important as maintaining your driver's license or paying your car insurance," he says. "There's a way to be upbeat about this. Because of new technologies and treatments, people are living longer. This gives them more time to prepare. The boomers are the first generation that has the power to say how they die," adds Morhaim, 62.

Society needs to change its views on death to reflect its natural place at the end of our lives, Morhaim says. "We've seen a change over the last few decades in how births are viewed. They used to be mostly medical experiences, but people demanded that there be more humanity to it all—and that brought about change. As baby boomers watch their parents die and envision their own deaths, they are starting to look at the end very differently. Americans are people who like to have control over things, but somehow we haven't gained control over our own deaths. This is something people need to be more comfortable talking about."