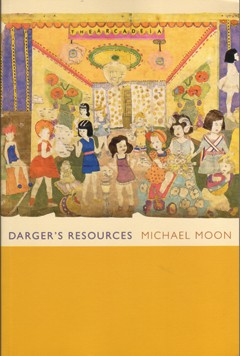 When a Chicago janitor named Henry Darger died in 1973, he left behind a mammoth, extravagantly illustrated text about enslaved children, particularly girls, rebelling against their adult overlords. Darger has long been regarded as a touchstone American outsider artist; in Darger's Resources (Duke University Press, 2012), Michael Moon, A&S '89 (PhD), convincingly places the writer's vivid, imaginary worlds alongside those of other such fantasists as L. Frank Baum and H.P. Lovecraft. In the process, Moon upends conventional suspicions about lifelong loner Darger that critics, when considering the scenes of violence and at times oddly sexualized girls he depicts, have read into his art.