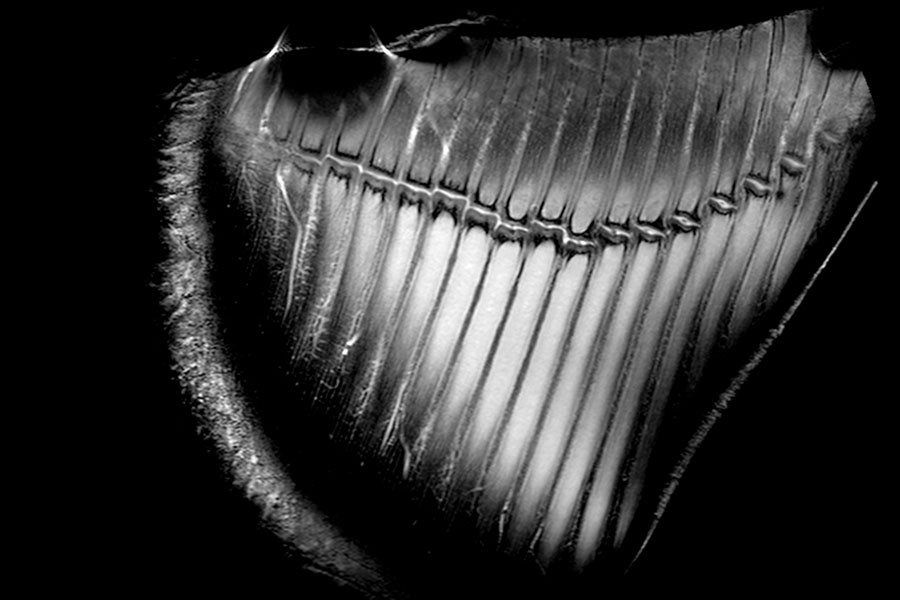 Sophie Elisseeff is one smart kid. Last year, the 13-year-old accompanied her mother, Johns Hopkins professor of ophthalmology and biomedical engineering Jennifer Elisseeff, to the National Geographic Society's headquarters in Washington, D.C., to see a film titled Shark Island. The film documents the remarkable congregation of hammerhead sharks and other ocean predators in the waters around Cocos Island, 300 miles from Costa Rica. Subsequent to viewing the film, Sophie read a New York Times article about the massive killing of sharks to harvest their fins, which are dried for use in shark fin soup, a delicacy in China. Often, the fins are sliced from the living shark and it is tossed back into the water to slowly die. Sophie knew that her mother's laboratory works on cartilage regeneration, so she hit on an idea: On the assumption that shark fins were largely composed of cartilage, might it be possible to grow shark fins in the lab and perhaps save millions of animals?

When your mom is a Johns Hopkins researcher, your ideas sometimes turn into research projects. Jennifer works with a company in Hawaii called Cellular Bioengineering Inc., and through contacts there she secured samples of dried fins. Under her mother's guidance Sophie set about analyzing their composition, which would be important for trying to mimic them in the lab. "First we took the dry weight of the fins, then we made them hydrated and weighed them again to see the difference, to see what happened when you dried and packaged them for eating, because maybe it changed how they'd taste or something," she says. They then did a chemical assay for chondroitin sulfate, a molecule found in cartilage, and discovered less than a quarter of what they expected. So much for the idea that shark fins are mostly cartilage.

The next step involved a large hammerhead fin sent by Neil Hammerschlag, a researcher at the University of Miami, which arrived on their doorstep via FedEx. "We started dissecting it in our kitchen," Sophie explains. "As we were cutting it open, we found these long, sort of noodle-like pieces. They're clear and a little bendy and running all along the shark fin, held together by this tissue. From the top it looks like a bee's honeycomb." The Elisseeff team also secured an MRI of a fin, courtesy of a colleague in biomedical engineering, Daniel Herzka. More chemical assays for collagen and keratin lie ahead, and once the Elisseeffs have a better idea of the fins' composition, they'll have a better idea if they can replicate fins in the lab. If they succeed there, next stop will be the test kitchen.

Whether or not they can create a culinary alternative to harvesting actual shark fins, Elisseeff sees her daughter's project bearing some interesting research results. For example, the MRI of the hammerhead fin revealed interesting structures that resemble miniature knee joints. Elisseeff is talking with Rajat Mittal, professor of mechanical engineering at Homewood, about trying to model the movement of the fin based on what the MRI showed. She also thinks what they are learning could have implications in the development of new biomaterial scaffolds for tissue engineering.