James Mann's The Obamians: The Struggle Inside the White House to Redefine American Power (Viking, 2012) offers a surprisingly entertaining behind-the-scenes look at who shapes President Barack Obama's foreign policies. Mann, a daily-paper veteran with a reporter's eye for the background story and an ear for the telling quote, is now author-in-residence at the Nitze School of Advanced International Studies. Here his streamlined storytelling chronicles the lesser-known foreign policy thinkers with whom Obama surrounded himself after the 2008 election. 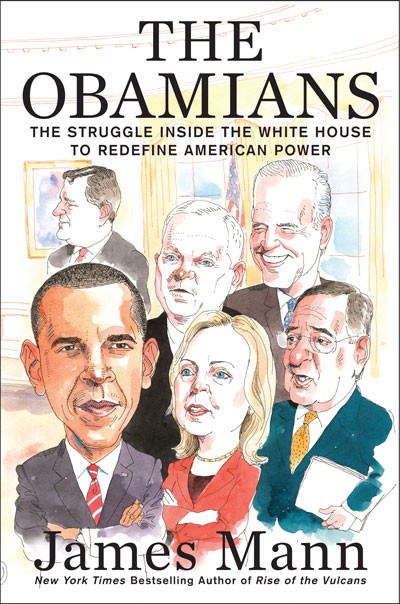 These are the advisers—including deputy national security adviser Denis McDonough, deputy national security adviser for strategic communication Ben Rhodes, and senior director for multilateral affairs Samantha Power—Mann dubs the "Obamians." They came of political age in a post-Vietnam world, Mann argues, and they don't hew to the assumption that Republicans are military hawks and Democrats are anti-war doves. When Obama took office, the Obamians understood that the United States didn't have the economic resources and global clout that it once did, but that doesn't mean the country is in decline. In the global economy, power and resources have to be multilaterally shared.

This "rebalancing"—the Obamians' word—shifts U.S. focus toward Asia and away from the Middle East, toward domestic nation building and away from "bringing" democracy elsewhere, toward diplomacy and away from military occupations. Mann tracks this rebalancing by showing how Obama responds to key moments, such as the Osama bin Laden raid, and he identifies Obama's handling of Libya as a foreign-policy precedent: using U.S. military force in the service of humanitarian efforts in the absence of "compelling national interest" and then stepping back and allowing allies to take over.

The Obamians' philosophy starts to feel like a variation on Teddy Roosevelt's big stick—speak dove-y and carry some unmanned aerial vehicles and tactical special operations units. Paying attention to these background players is a bit like learning about a film director by exploring the character actors with whom the auteur always works. It's an ingenious approach but it doesn't always produce an ideological overview of the body of work—especially when a project is still in production.