Lloyd Minor, provost of Johns Hopkins University for the past three years, departed at the end of August to become dean of Stanford University School of Medicine. He assumes his new role on December 1. 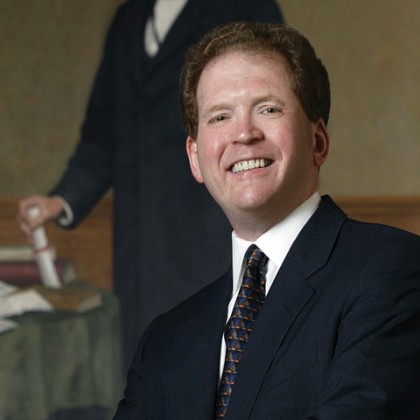 Minor came to Johns Hopkins from Vanderbilt University Medical Center in 1993. He joined the School of Medicine's otolaryngology department as an assistant professor and soon had joint appointments in Neuroscience and Biomedical Engineering. Within 10 years, he became director of the Department of Otolaryngology-Head and Neck Surgery, where he increased departmental research funding by 50 percent. He was named provost in September 2009.

In a letter to faculty and staff, President Ron Daniels lauded Minor as "a dedicated advocate for the roles that interdisciplinary scholarship and teaching play in advancing our mission" and "a tireless supporter of the role of undergraduate and graduate education."