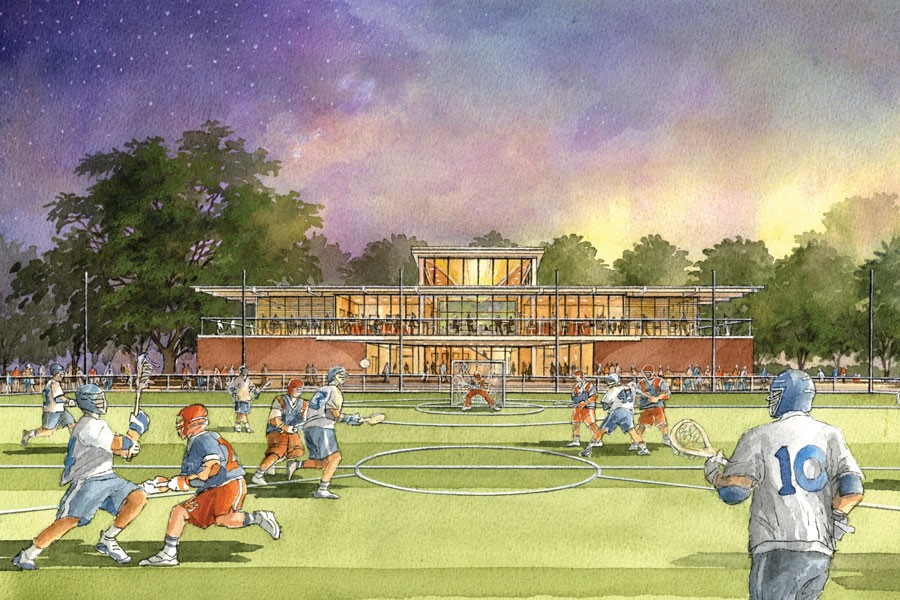 Johns Hopkins lacrosse begins fall practice this September, but the men's and women's programs will not be returning to their accustomed quarters in the Ralph S. O'Connor Recreation Center. The Cordish Lacrosse Center, a 15,000-square-foot facility at the east end of Homewood Field, has been completed. It houses locker rooms, offices, training rooms, study space, a 50-seat theater, and a reception area, as well as numerous reminders on the walls of Johns Hopkins' rich lacrosse heritage.

The center is named after David Cordish, A&S '60, '69 (MLA), who played with three varsity lacrosse squads, including the 1959 national champions. Cordish was principal donor for the project, which was funded entirely by private contributions.