How to get real in public health 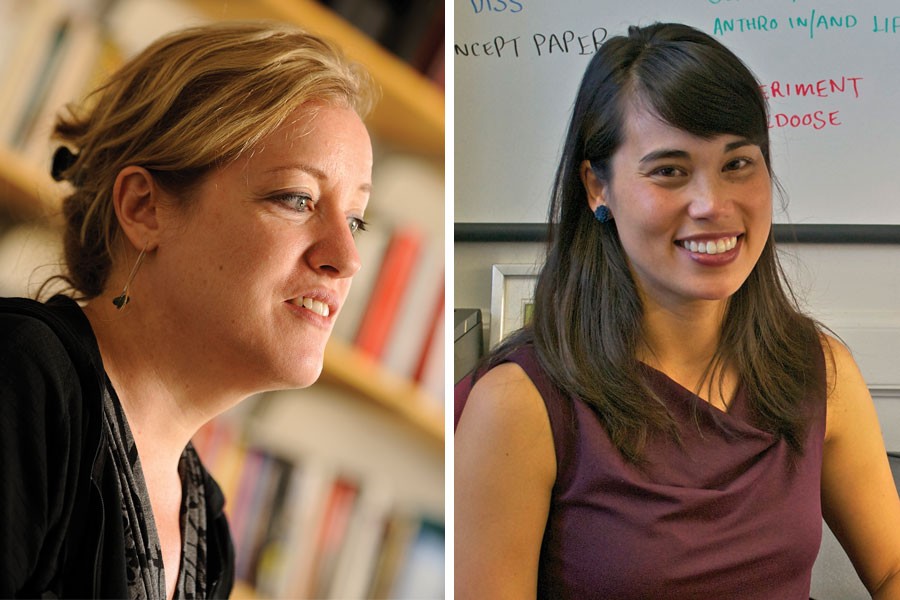 Image caption: Lori Leonard is an associate professor of health, behavior, and society at the Bloomberg School of Public Health, with joint appointments in the departments of Anthropology and Sociology. She also directs the Center for Qualitative Studies in Health and Medicine. Emma Tsui is an assistant professor of health sciences at Lehman College at the City University of New York. She teaches in Lehmans Master of Public Health Program and in the CUNY Graduate Centers doctoral-level public health program.

Lori Leonard, an associate professor at the Bloomberg School of Public Health, takes an ethnographic approach to research: observing the lives of a few individuals over long periods of time rather than comparing thousands of people in search of statistical correlations. Under Leonard's guidance, Emma Tsui, SPH '03, '10 (PhD), used such qualitative methods when completing her dissertation. For that work, published in April in the journal Sociology of Health and Illness, Tsui zoomed in on the lives of two East Baltimore residents and observed how chronic illness affected their success in a job-training program.

As a newly minted assistant professor at Lehman College at the City University of New York, Tsui is still interested in the intersection of work and health; she's now studying the people, mostly female immigrants, who cook institutional food. Leonard, meanwhile, is finishing up a book about her 12 years studying the families living near an oil pipeline in Chad. In late June, via a Baltimore-to-Bronx Skype connection, the two discussed how their ethnographic perspective—though in the margins of the public health field—could influence policymakers.

Lori?If I'm remembering it right, the idea for your dissertation started with your volunteer job teaching a GED class to ex-prisoners?

Emma?Yes. The search for employment was so much at the center of how they wanted to configure their lives, and their health seemed very connected to their search for employment. They might have physical health problems that were preventing them from finding a job. And the job search itself was affecting their mental health—what was weighing on them most was the ability to find a job and play a certain role in society. I wanted to look at a few job-training programs that had been put in place in conjunction with a neighborhood revitalization project in East Baltimore and try to understand how participants navigate health and social issues while seeking work.

L?It was a fascinating project, partly because it was 2008, and that was a really bad year to get a job.

E?Yeah, the economic situation was a big factor in the success of the job-training programs, but it also became clear that the way the programs operated was making it harder in some ways for people to get jobs. For example, they didn't take into account that most people used prepaid cellphones and were changing their numbers a lot as well as sometimes having to change where they lived. So, if a job wasn't available when they completed the program, program staff might have trouble contacting them if job opportunities arose later.

L?You did a really good job of telling the individuals' stories in ways that gave the job programs ideas and material they could use to think about improving their day-to-day operations. But you also asked provocative questions that opened up ways to think about health policy.

E?I wanted to provoke thinking about whether this approach to job training can work for people with chronic health conditions and limited material resources. In one paper, I ended up focusing on two women, one with epilepsy and one with narcolepsy, who enrolled in a job-training program. The program wanted participants to overcome these issues, so both women needed to show that they were working as hard to manage their health conditions as they were to find employment. This was complicated because these women had already developed strategies for managing their health after living with these illnesses for many years. However, in an effort to prove their commitment to the program, they tried new strategies. A narcolepsy drug that one woman tried, for example, gave her so much extra energy that she was worried that other people, especially employers, would think she was high. For the woman with epilepsy, the job-training program encouraged her to avoid any emotional stress coming from her family, as this could be a source of her seizures. But this advice ignored the very real fact that she was the primary caregiver for a large extended family.

L?Your dissertation is a great example of what ethnography, which is anchored in the study of everyday life, can contribute to public health. We're interested not just in describing social life, or the ways people make sense of their bodies, or an illness, or a particular phenomenon like unemployment or addiction or being out of work. We're interested in challenging the assumptions and the concepts that are used to study those things in our field.

E?Exactly. One of the concepts I wanted to explore was employability. We assume that employability is just about job-related skills, but it turns out that it's about health, too. In public health, then, we can begin to see a link between our field and all of the current policy and program efforts to help people find employment. I think ethnographic methods are uniquely suited for illuminating how concepts like employability work in people's lives. There is some recognition in the field of the importance of qualitative methods and ethnography, but I think doing intensive qualitative data collection and analysis, and conceptualizing a project in an ethnographic way, is still on the margins.

L I agree, it's very much on the margins in public health. But it provides public health with important linkages to other disciplines. For example, many of the people interested in your work are sociologists who study labor. So you are able to have conversations with them that go beyond public health but also contribute to it.

E This has been one of the most nourishing aspects of doing this kind of work. I think these conversations have the potential to really enrich and complicate—in productive ways—how we study public health problems and policies. Hopefully, the approach we take to research will lead to findings that change how policymakers and others see these problems.