Solomon "Sol" Golomb, A&S '51, a professor at the University of Southern California, received the 2012 William Procter Prize for Scientific Achievement from Sigma Xi, the scientific research honor society. He was recognized for playing a key role in formulating the design of deep-space communications for lunar and planetary explorations.

Frank Merceret, A&S '65, '72 (PhD), director of research for the Weather Office at the Kennedy Space Center, received one of five 2011 NASA Quality and Safety Achievement Recognition awards in February. He was honored for improving the criteria used during a countdown to determine whether the potential for a lightning strike presents a safety hazard for launching a rocket.

Geoffrey Berlin, A&S '68, Engr '73 (PhD), who works for the Federal Aviation Administration, was elected chairman and CEO of the Atlanta chapter of the nonprofit Project Management Institute.

Stephen Wetherill, A&S '68, Med '71, received the 2012 Laureate Award from the Delaware Chapter of the American College of Physicians.

Michael Berke, A&S '72, writes, "I had to miss my class's 40th reunion because I was in Bloomington, Indiana, watching my son receive his bachelor's degree from Indiana University."

James S. Economou, A&S '72, Med '80 (MD/PhD), recently completed his term as the 65th president of the Society of Surgical Oncology. He is professor of surgery and vice chancellor for research at the University of California, Los Angeles.

John R. Chiles, A&S '73, an attorney in the Birmingham, Alabama, office of Burr & Forman LLP, has been recognized as a 2012 Alabama Super Lawyer in the practice area of consumer law.

Jamie MacGuire, A&S '73, '74 (MA), wrote a reminiscence of Elliott Coleman, founder of the Writing Seminars in the Krieger School of Arts and Sciences, published in the February 2012 Fortnightly Review.

Raymond D. Burke, A&S '74, has been recognized as a 2012 Maryland Super Lawyer. Burke is a practicing litigation and construction lawyer with the Baltimore firm Ober Kaler.

Nancy S. Grasmick, Ed '74 (Cert), '83 (EdD), formerly the state superintendent of schools in Maryland, was named in March a Towson University Presidential Scholar for Innovation in Teacher and Leader Education. In April, she was elected to the board of directors for the SEED Foundation.

Michele Longo Eder, A&S '76, an attorney and small-business adviser, is a member of the Marine Fisheries Advisory Committee of the U.S. Commerce Department. 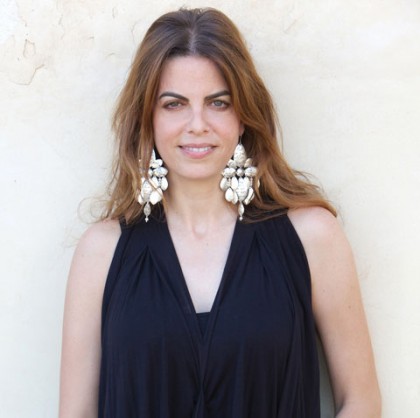 Image caption:Moroccan Style In the city of Marrakesh, says Maryam Montague, SAIS Bol '90 (Dipl), SAIS '91, "belief in magic is embedded in design." As a human rights and democracy specialist, Montague has traveled to 72 countries and lived in seven. She didn't expect to settle down in Morocco, but Marrakesh held a mystical allure that soon had Montague and her architect husband building, designing, and decorating a permanent home. Their Moroccan-inspired house is nestled in a working olive grove just outside the city, and the guesthouse, Peacock Pavilions, serves as a boutique hotel. Millions of readers followed the couple's construction and design adventures in their blog, My Marrakesh, and this year, Montague published her first book, Marrakesh by Design. "I consider myself a citizen of the world," says Montague, "and I want to help bring Moroccan magic, mystery, and style into people's homes." KELLY BROOKS

Clifford Snyder Jr., A&S '77, received the Department of the Army Superior Civilian Service Award on March 12 for his contributions to the development and fielding of an adenovirus vaccine, which is administered to U.S. military recruits during basic training.

Michael A. Bruno, A&S '82, a professor at the Penn State Milton S. Hershey Medical Center, was inducted as a fellow into the American College of Radiology in April.

Dan Weiss, A&S '83 (MA), '93 (PhD), currently president of Lafayette College, will become the 14th president of Haverford College on July 1, 2013. Weiss previously served as dean of the Krieger School of Arts and Sciences.

Charles L. Sawyers, Med '85, is president-elect of the American Association for Cancer Research and chairs the Human Oncology and Pathogenesis Program at Memorial Sloan-Kettering Cancer Center.

William R. Wagner, Engr '86, professor of surgery, bioengineering, and chemical engineering at the University of Pittsburgh, was named director of the McGowan Institute for Regenerative Medicine in April.

Marcel E. Salive, SPH '87, '88 (HS), received the 2012 Ronald Davis Special Recognition Award from the American College of Preventive Medicine. Salive has been a fellow of ACPM for more than two decades, holding multiple leadership positions over that time, and is a captain in the U.S. Public Health Service.

Boris Ruge, SAIS Bol '88 (Dipl), was appointed ambassador and director-general for Near and Middle Eastern Affairs and North Africa by the Foreign Office of Germany.

Joe Myers, Bus '89 (MAS), is chair of the National Society for Histotechnology's Immunohistochemistry Resource Group. He is employed as a senior technical sales specialist for Biocare Medical LLC and resides in Clearwater, Florida, with his wife and their two children.

Awadagin Pratt, Peab '89 (PC), '92 (GPD), delivered the commencement address at Illinois Wesleyan University on April 29. A classical pianist, he is currently an associate professor of piano and artist-in-residence at the College-Conservatory of Music at the University of Cincinnati.

Efrem Epstein, A&S '90, is the founder of Elijah's Journey, a nonprofit focusing on suicide awareness and prevention in the Jewish community.

James A. Mirabile, Bus '91 (MAS), a transmission compliance consultant at Baltimore Gas and Electric Company, was named the 2011 Outstanding Engineer by the Baltimore chapter of the Institute of Electrical and Electronics Engineers Power and Energy Society.

Laurell Wiersma, A&S '91, a high school math teacher, was one of 33 teachers named Arlington Public Schools 2012 Teacher of the Year.

Dyan Hes, A&S '93, an assistant professor of pediatrics at Weill Cornell Medical College, was recently appointed to the inaugural American Board of Obesity Medicine board of directors.

Chris Arnade, A&S '94, created a photo-essay and collection titled Faces of Addiction, chronicling stories of addicts in the South Bronx. His work was displayed at Urban Folk Art Studios in Brooklyn, New York, and is available for viewing on his Flickr site.

Jonathan "J.B." Harris, SAIS '94, reports that he and a team of attorneys won a $30 million verdict against R.J. Reynolds Tobacco Company on behalf of Florida lung cancer victim Emmon Smith.

Zach Messitte, SAIS Bol '94 (Dipl), SAIS '96, was appointed the 13th president of Ripon College in Wisconsin and assumed the presidency on July 1. He previously served as dean of the College of International Studies at the University of Oklahoma.

Gabriella Burman, A&S '95, has written nonfiction that can be found in the Bear River Review (June 2011) and in Joy, Interrupted: An Anthology on Motherhood and Loss (Fat Daddy's Farm Press, forthcoming).

Tom Fraites, Engr '96, and his wife, Melanie, live in North Carolina and welcomed their first child, Reilly Joseph Powers Fraites, on March 18. He wrote: "I recently attended the 50th anniversary celebration for the Department of Biomedical Engineering. I also picked up a Johns Hopkins onesie for Reilly, and I'm looking forward to watching the Jays with their newest fan!"

Tim Meyer, A&S '96, was recognized by Business in Vancouver as a "Forty under 40" award recipient for 2011, honoring young business leaders. Meyer is the head of strategic planning and communications at Triumf, a subatomic physics laboratory in Canada.

Steve Crutchfield, Engr '97, was selected by Crain's New York Business publication for its "40 under 40" class of 2012, recognizing young business leaders for their accomplishments. Crutchfield is CEO of NYSE Amex Options.

Lisa Lynch Jones, Nurs '97, a nurse who works in an infectious disease clinic in St. Louis Park, Minnesota, was honored as the outstanding graduate student at the Metropolitan State University College of Nursing and Health Sciences spring commencement ceremony, where she was the student speaker.

Michelle Bell, Engr '99 (MS), '03 (PhD), professor of environmental health at the Yale School of Forestry and Environmental Studies, was the inaugural recipient of the Prince Albert II de Monaco/Institut Pasteur Award for her work concerning the environment and public health.

Holly Monteith, A&S '99, '10 (MA), a copy editing professional, reports that she will enter the doctoral program in Technical Communication and Rhetoric at Texas Tech University.

Jon M. Davis, SAIS '01, was nominated for a promotion to lieutenant general in the U.S. Marine Corps and is slated to become deputy commander of U.S. Cyber Command, pending confirmation by the U.S. Senate. 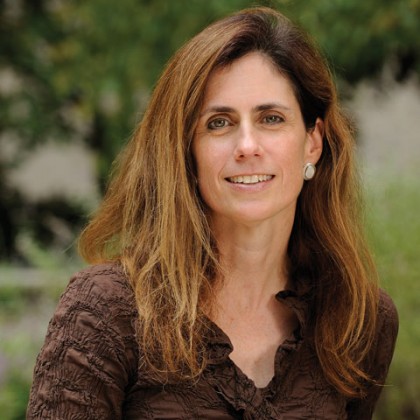 Image caption:Greener Gadgets Holly Elwood, A&S '04 (MS)—dubbed the EPA's "green electronics lady" by the Washington Post—is making government greener. As part of the Environmental Protection Agency's Environmentally Preferable Purchasing team, she helps federal agencies buy products and services that use less energy, are made from less-toxic materials, and are easier to recycle. By leveraging its purchasing power, the federal government hopes to drive the electronics manufacturing and recycling industries toward more sustainable products and practices. As a project manager, Elwood collaborates with manufacturers, environmental advocates, and researchers to create standards for electronic products such as computers, monitors, and imaging equipment. "I love rolling up my sleeves and working with the team to come up with new ways to lead us to greener markets," says Elwood. Each year, 95 percent of electronics purchased by federal agencies must meet the "green" standards set forth by Elwood and other stakeholders in the Electronic Product Environmental Assessment Tool (EPEAT) registry. KELLY BROOKS

Ally Donlan Wilson, A&S '02, and Lucious Wilson were married in November 2011 in Asheville, North Carolina. She writes, "Lots of Johns Hopkins friends were in attendance to help celebrate."

Kurt Erler, Engr '03, was promoted to area sales representative for Australia and New Zealand at Brainlab, a medical technology company. He lives in Sydney with his wife, Tiffany.

Maha Jafri, A&S '05, a doctoral candidate in English literature at Northwestern University, is one of this year's 21 Charlotte W. Newcombe Doctoral Dissertation fellows. The fellowship provides $25,000 to support full-time dissertation writing. Her dissertation, "The Town's Talk: Gossip, Sociability, and the Victorian Novel," examines the relationship between gossip and the Victorian novel.

Bettina Chiu, A&S '06, co-chaired an event on March 26 in Boston that benefited and promoted the Asian American Diabetes Initiative of the Joslin Diabetes Center.

John S. Butler, Ed '07 (MS), a 19-year veteran of the Howard County Department of Fire and Rescue Services in Maryland, was recently promoted to deputy chief. In March, he received the key to the city of Monrovia, Liberia, in honor of his volunteer work.

David E. DeMatthews, Ed '07 (MAT), earned a doctorate in education in May from the University of Maryland, College Park.

Cherlyn Walden, A&S '07, graduated in May from the Gonzaga University School of Law. As a third-year student, she appeared as amicus counsel in support of the appellee and provided oral argument before the U.S. Court of Appeals for the Armed Forces, the highest military appeal court whose rulings can only be reconsidered by the U.S. Supreme Court. She took the Washington state bar exam in July and is working this fall as an admissions ambassador for her law school alma mater.