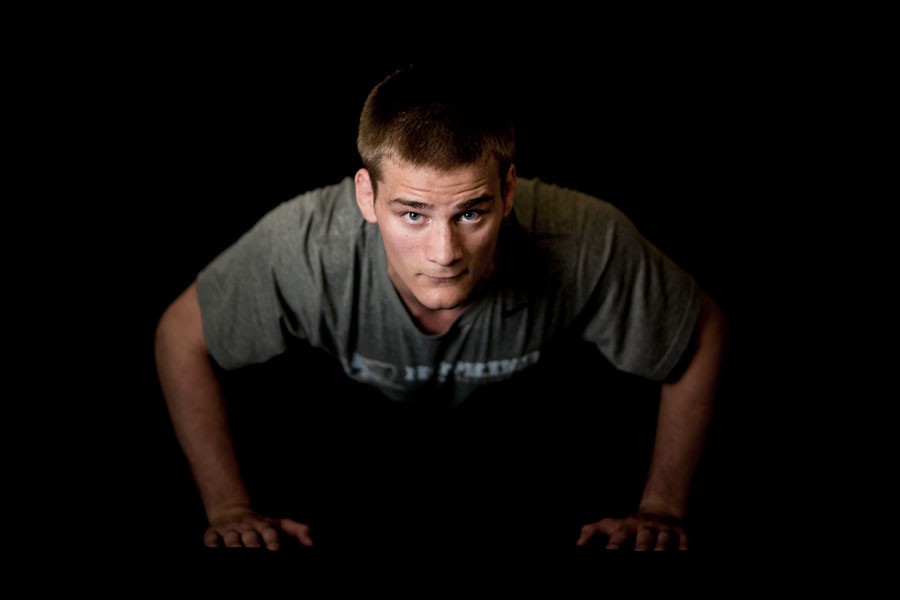 Why you should know him In March, Bewak finished third at the 2015 NCAA Division III Championships (second-best finish in program history) and earned All-American honors for the third time. Bewak finished his JHU career with a 135-24 record, making him the school's all-time winningest wrestler, surpassing the previous mark of 98 wins.

[Overcoming adversity] In Bewak's junior year, doctors diagnosed him with "femoral acetabular impingement with labral and articular damage," which in layman's terms is a small excess bone bump rubbing into his hip labrum to painful and destructive effect. Doctors had to clean away the torn labrum debris, drill tiny fractures into his hip socket, and shave off the bone bump. He could not walk for six weeks. He returned to the mat 15 weeks later.

[The Bewak File] Hometown Greensburg, Pennsylvania. DEGREES BS in physics, combined bachelor's/master's in math. TALE OF THE TAPE 5 feet 5 inches, 125 pounds. DIET PHILOSOPHY Eat cleanly and in small portions. Avoid sugar and fatty foods. But allow cheat days. "Salad every day gets boring." FAVORITE JUNK FOOD Skittles. FAVORITE EXERCISE Shadow wrestling. PRE-MATCH RITUAL Rolls up one elastic band on his singlet. Worked once, so he stuck with it. GO-TO MOVE When on his feet, the "high crotch." THRILL OF VICTORY? Show no emotion. Try to be modest. But fist bumps allowed for big matches. KEY TO SUCCESS Diversity of the JHU wrestling team. "We pull kids from all over the country, and the techniques I learned from everyone kept me on my toes and expanded my knowledge." HOBBY Console/computer games. PLAYSTATION OR XBOX? PS4. TUNES Anything from Eminem. "Can't Be Touched" by Roy Jones R. WHY JHU? First visited Homewood for the JHU Wrestling Black & Blue Brawl. "I liked the atmosphere of the campus, and I thought the team was full of great personalities and really good wrestlers. I felt happy and comfortable here." WHAT'S NEXT Find a job. FUTURE IN WRESTLING? Coaching. BEST ADVICE FROM A COACH OR TEACHER Use criticism and negativity as fuel to drive yourself. And prove them wrong. TEN YEARS FROM NOW Making the world a better place. Problem solving.