Ed Catmull of Pixar and Disney to speak at commencement 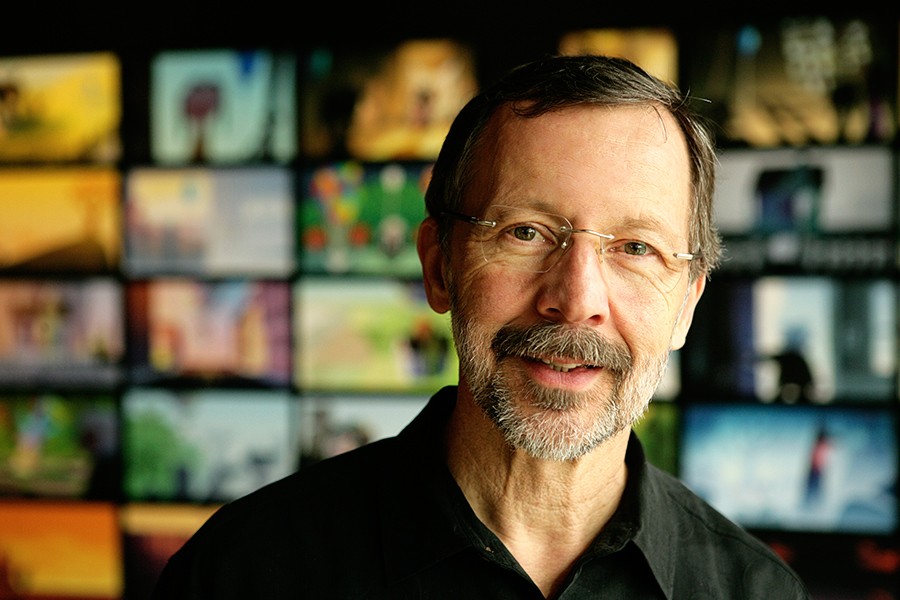 Ed Catmull, a co-founder of Pixar Animation Studios, a computer scientist responsible for groundbreaking blockbusters like Toy Story, and a winner of five Academy Awards, will speak at Johns Hopkins University's Commencement exercises on Thursday, May 21.

Catmull, now president of Pixar and Walt Disney Animation Studios, will receive an honorary degree of Doctor of Humane Letters at the ceremony, where an expected 7,061 degrees and certificates will be conferred upon undergraduates, graduate students, and professional students from all divisions and campuses.

The event, which begins at 8:40 a.m. on Homewood Field, will feature remarks by President Ronald J. Daniels, a speech by Catmull, the awarding of degrees, and the bestowing of honorary degrees.

"Every person in this inspiring group of men and women has answered the call to lead," says university President Ronald J. Daniels. "In the arts and global health, education, and public service, they have each dedicated their energy, resources, creativity, and expertise to efforts they believe can change the world. I am thrilled that Johns Hopkins' honorary degrees will celebrate their place in our community, where we welcome big thinkers and bold leaders in all disciplines."

Excitement has been building about Catmull's upcoming speech since late March, when the announcement of his selection was accompanied by a YouTube video produced by the Office of Communications in the style of a movie trailer, featuring clips from some of Disney's and Pixar's biggest animated blockbusters to highlight Catmull's achievements.

"With a unique blend of tech savvy and creative vision, Ed Catmull has transformed the art and science of animation, harnessing technology to explore our common humanity," Daniels says. "His fearless curiosity and passion for discovery speak to our students, who will leave Johns Hopkins able to stretch the bounds of creativity—to infinity and beyond."

A lifelong fan of animated films, Catmull has said that as a kid he dreamed of a career as a traditional animator but eventually decided he could not draw well enough. He switched to computer science and earned a PhD in 1974 at the legendary computer graphics labs at the University of Utah. It was there that he focused on building the technology to create the first computer-animated feature film. That plan culminated more than two decades later in Pixar's 1995 release of Toy Story, for which Catmull was executive producer.

While at Utah, Catmull in 1972 created a program that digitized his left hand, making a groundbreaking short film showing the animated hand turning, opening and closing, and pointing. A Computer-Animated Hand was later incorporated into the 1976 movie Futureworld and eventually preserved in the Library of Congress' National Film Registry. The film and the breakthroughs Catmull made while at Utah laid the groundwork for his life's work and eventually for the RenderMan technology, which he co-developed. RenderMan has been used not only for Toy Story and every other Pixar blockbuster but also was the technology behind 44 of the last 47 films nominated for an Academy Award for visual effects.

Catmull is a member of the National Academy of Engineering, the Visual Effects Society, IEEE's Computer Society, and the Academy of Motion Picture Arts and Sciences, which in 2009 presented him its Gordon E. Sawyer Award for his career technical contributions and leadership in computer graphics for film.

His first book, Creativity, Inc.: Overcoming the Unseen Forces That Stand in the Way of True Inspiration, became a New York Times best-seller and was widely praised as one of the best business books of 2014.

Details about all events associated with Commencement are available online at http://web.jhu.edu/commencement.