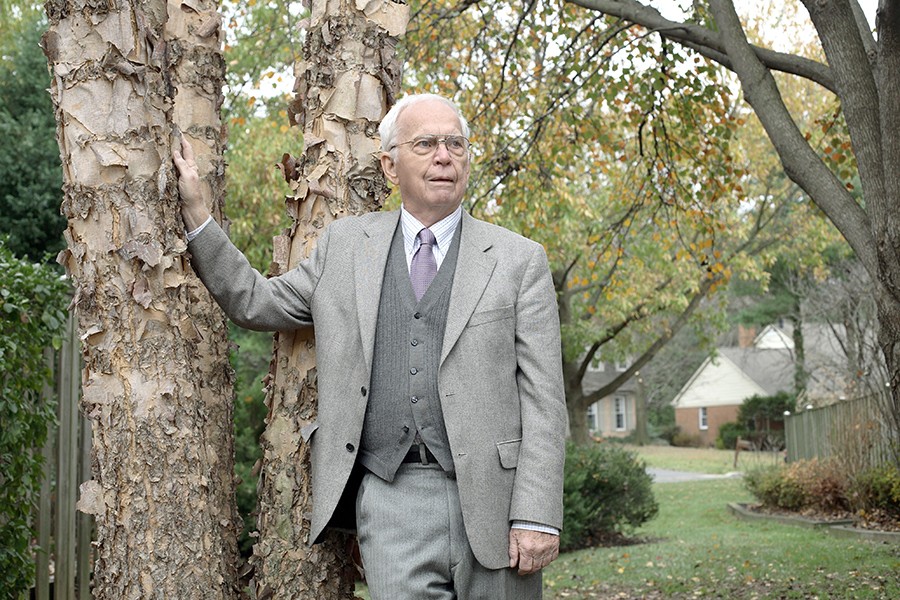 Vernon Mountcastle, one of Johns Hopkins Medicine's giants of the 20th century, died peacefully at his North Baltimore home on Jan. 11 with Nancy, his wife of seven decades, and family at his bedside. He was 96. 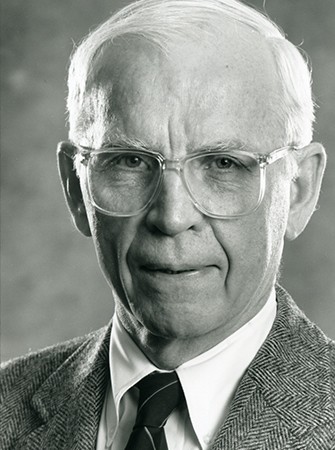 Mountcastle was universally acknowledged as the "father of neuroscience" and served Johns Hopkins with extraordinary dedication for nearly 65 years.

A 1942 graduate of the School of Medicine and a member of the faculty since 1948, Mountcastle served as director of the Department of Physiology and head of the Philip Bard Laboratories of Neurophysiology at Johns Hopkins from 1964 to 1980. He later became one of the founding members of the university's Zanvyl Krieger Mind/Brain Institute, where he continued to work until his retirement at 87. The auditorium in the School of Medicine's Pre-Clinical Teaching Building bears his name.

Colleagues remember his dedication to the professional development of neuroscientists, fiercely focused work ethic, and devotion to collaborative research.

Mountcastle once was dubbed the "Jacques Cousteau of the cortex" for his revolutionary research delving into the unknown depths of the brain and establishing the basis for modern neuroscience.

In 1957, he made the breakthrough discovery that revolutionized the concept of how the brain is built. He found that the cells of the cerebral cortex are organized in vertical columns, extending from the surface of the brain down through six layers of the cortex, each column processing a specific kind of information.

Two decades later, Mountcastle launched what he considered even more important research on the parietal lobe of the cortex, the region involved in such higher functions as perceiving sensory information and physically reacting to it. Mountcastle's work earned him the 1983 Albert Lasker Basic Medical Research Award.

In addition to the Lasker, he received nearly every major scientific award, including the National Medal of Science and the National Academy of Sciences Award in Neurosciences. He was the first president of the Society for Neuroscience, editor of the Journal of Neurophysiology, and author of landmark textbooks. He received eight honorary degrees, the most recent being from Johns Hopkins in 2013.

In a story about Mountcastle that ran in the Winter 2007 issue of Hopkins Medicine magazine, Sol Snyder, Distinguished Service Professor of Neuroscience, Pharmacology and Psychology and a friend of Mountcastle's (and a fellow National Medal of Science and Lasker Award winner), told this writer that "no matter how far the studies of brain cells and molecules take researchers in the future, neuroscientists ultimately will be drawn back to Mountcastle's work."

"The more and more we know of individual genes that regulate brain function," Snyder said, "the more and more it becomes clear that molecular biology is just the beginning—and we need to return to the lessons of Vernon Mountcastle to put it all together."

Upon hearing of Mountcastle's death, Johns Hopkins University President Ronald J. Daniels said, "Over the course of a professional career spent—to our great delight—entirely within the Johns Hopkins family, Vernon sprinkled his stardust over many once-disparate parts of this institution, pulling our community closer, and standing as the exemplar of what we now call 'one university.'"

Mountcastle was a World War II Navy veteran who served as a physician on four tank landing ships during the Anzio and Normandy invasions, treating hundreds of wounded soldiers under harrowing conditions. A skilled horseman and a tenacious tennis player, he lived on a 13-acre farm in Monkton, Maryland, before moving into a North Baltimore townhouse at the age of 88.

Contributions in Mountcastle's memory may be made to the Mind/Brain Institute, 338 Krieger Hall, Johns Hopkins University, Baltimore, MD 21218.