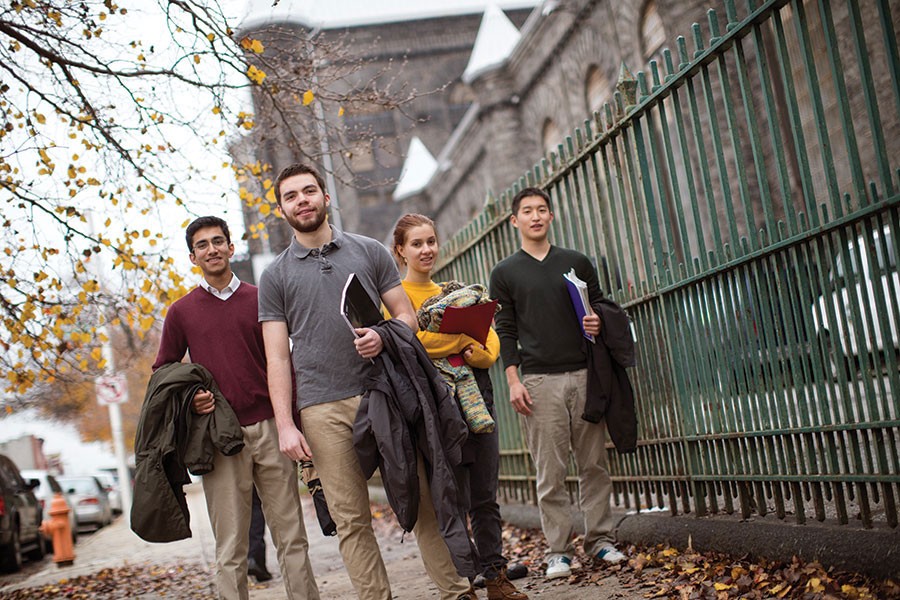 Image caption: Haziq Siddiqi, Rufus Arnold, Bojana Kobranova, and Dennis Pang are among the 36 students who work with incarcerated men and women through the university’s Jail Tutorial Project, now in its fourth decade.

The first question that many JHU undergraduates get when they sit down to tutor inmates at the Baltimore City Detention Center gets right to the bottom line: "You guys getting paid for this?" 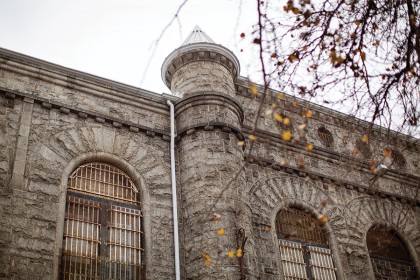 Nope, not a dime. For a few hours each week, a group of Johns Hopkins students goes to jail to work on the three Rs and anything else the men and women on the inside care to learn. In this way, by coming back week after week, the tutors eventually earn the inmates' trust.

"They know we don't have to be doing this," says Dennis Pang, a senior, who, along with junior Rufus Arnold, is co-president of the university's Jail Tutorial Project. "They say, 'How come you aren't studying or partying?'"

The students study plenty, party now and then—though perhaps not as much as non–college graduates might think—and make time between pursuing majors in subjects like biology and political science to share a bit of what many once took for granted.

"I've been very fortunate to have been provided with countless opportunities, like access to high-quality education," says Haziq Siddiqi, a sophomore from San Jose, California. "I don't want to just leave inmates with a notebook filled with everything there is to know about the GED. What's important to me is leaving them with a resolve to take positive ownership of their life," he says. "This is a group that many people have neglected."

Though at times it may seem fruitless—a guy who is studying for GED tests one week may be transferred to another facility the next—the Homewood students say they wouldn't make the effort if they didn't think it made a difference.

Lucinda Chiu, a sophomore, is a double major in neuroscience and anthropology. Well-grounded in the hard sciences, she is also a classical musician and knows that not everything can be measured.

"If you judge the 'difference' or 'impact' I am making [based on] how many successfully pass the GED after I finish tutoring them, in the majority of the cases, I have made no difference at all," says Chiu, who grew up in Needham, Massachusetts, a suburb of Boston. "But to see attendance [grow] from sporadic to consistent and motivated to meet with me week after week and the smiles when they understand a concept that had been stumping them for so long, or in the moments when they start to realize the potential they have to succeed … ."

All of it, says Chiu, is more than enough for her to believe she is making a difference.

The current Hopkins undergrad tutors—36 of them—are divided evenly between male and female. Inmates who receive tutoring are from the general population as well as subgroups made up of substance abusers working to maintain sobriety and a group of men with mental health issues. Tutoring in this last group is done in the presence of a psychiatrist.

"My group is still waiting for our background checks and fingerprints to get approved before we go in [this year]," says Chiu a few days before Halloween 2014. "Last year, I helped women work through word problems involving math—such as how many $4 shirts can you buy with $29?—as well as addition of mixed fractions."

Many in the current tutoring crews have been going behind the prison walls off the corner of the Fallsway and Eager Street for a couple of years now, including summer sessions.

With pen and paper—the course work all in their heads—they walk below the forbidding nickel-gray pyramid atop the nearby 19th-century Maryland Penitentiary (now known as a "transitional" center) to share their time and expertise.

Though mixing the personal with the professional is discouraged, some overlap is inevitable.

"Once," says Pang, "I helped someone fill out a student loan application." And, says Arnold, "I called a guy's mom for him on Mother's Day once."

Behind prison walls, old-fashioned communication remains vital as the tutors break from course work to help inmates write letters to family, to lovers, to attorneys and judges.

Rufus Arnold, an anthropology major who preps inmates to take the GED tests, says that of all the JHU tutors, he is the one whose background most echoes that of the men they are trying to help. "I grew up in a high poverty area where 95 percent of the children qualify for free [school] lunch," says Arnold, a Native American who grew up on the Makah Reservation on the far northwestern edge of the Olympic Peninsula in Washington State. "We have similar drug addiction rates as Baltimore City."

During the fall, Sunakshi Bassi taught a tutorial in fractions and decimals.

"Before I joined the Jail Tutorial, I was very sheltered. I knew very little about the criminal justice system," says Bassi, a senior pre-med political science major from Annapolis, Maryland. "After I got involved, I signed up for a class called the Constitution and the Criminal Justice System. I've decided to write my senior thesis on prison health and its relationship to the Constitution."

This is the latest generation of Hopkins students to tutor inmates at what was once known as the Baltimore City Jail, a project that is now in its fourth decade and among the longest-running public service projects on the Homewood campus.

The work was launched in fall 1980 by Bill Tiefen­werth, who was mentored in the world of good works and social justice by the fabled Hopkins chaplain and poet Chester L. Wickwire (1913–2008). Originally operated under the auspices of the Chaplain's Office, the program is now sponsored by the Center for Social Concern, for which Tiefenwerth was the longtime director.

"I looked for humility" in the volunteers, says the retired Tiefenwerth, now an Open Society Institute fellow and the executive director of Veterans in Partnership, a program that connects middle school students with military veterans through the study of science, technology, engineering, and math. "I didn't want our students to contribute to the disappointment these people had already experienced."

Of course, there have been a few calculating resumé polishers along the way—there always are, says Tiefen­werth—"but the nature of the work we do melts the hardest of hearts."

The Jail Tutorial received a 2013–14 Baltimore Award, for outstanding contributions to the city and its citizens, from the Center for Social Concern. The program is now expanding to tutor juvenile offenders housed at BCDC and has started studies in the arts and humanities there as well.

Some inmates were given painting supplies, and one tutee, currently serving a five-year sentence at the Jessup Correctional Institution, had a poem published in Thoroughfare, a multimedia literature and arts magazine produced by Johns Hopkins students. It is "Vision of the Hand" by Darryl Cooper, who adopted the name Mujahid after converting to Islam. In part, it reads:

*Listen up my brother man, For this society has written a script for me to live, For them to take, And for me to give*

On a Friday afternoon in late October, Pang, Arnold, and Siddiqi meet alongside the Fallsway in the city's old 10th Ward—a sprawling penal colony that began in 1801 with the building of the original Baltimore City Jail—for another week's work.

"It's up to us to engage the inmates," says Pang, who works with the prisoners on math, reading, and GED test prep. "We have to get them going."

There are about three dozen inmates in a dormitory-style holding cell in the BCDC's Wyatt Building. Some of the guys welcome them back, others are new. For every tutor there are about 10 inmates, a ratio that works out because not every inmate is interested in turning the afternoon into study hall.

"My best moment so far was helping a man named Brandon on his educational journey," says Arnold. "He worked with one of the tutors [every day we were there]. His dedication to learning—and learning consistently—really left an impact on me." Some of the female and male inmates receiving tutoring are part of a prison program called ACT-SAP: Addicts Changing Together/Substance Abuse Program.

"While they're doing their thing, whatever it is, you have to ask if there's something they'd like to work on," says Siddiqi, who supported the Baltimore City Council ban on job applications that ask about criminal history before a potential offer is made.

About a year and a half ago, Pang met with 7th District councilman Nick Mosby to support the "ban the box" campaign and discuss ways to find employment for ex-offenders.

"The stories I hear from inmates, it's almost as if the drug trade is forced on them as a part of growing up," says Siddiqi.

Simple conversation—"How have you been, what's going on?" (just about anything besides "What are you in for?" which is verboten)—leads to the work, the taking out of pen and paper to push through problems of language or logic.

Sometimes, at the end of a two- or three-hour visit, a chess set comes out after notebooks are put away. Siddiqi, who did well in competitive chess in high school, says he often gets beaten on Friday afternoons behind the stone walls along the Fallsway. 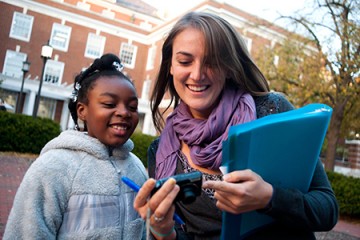