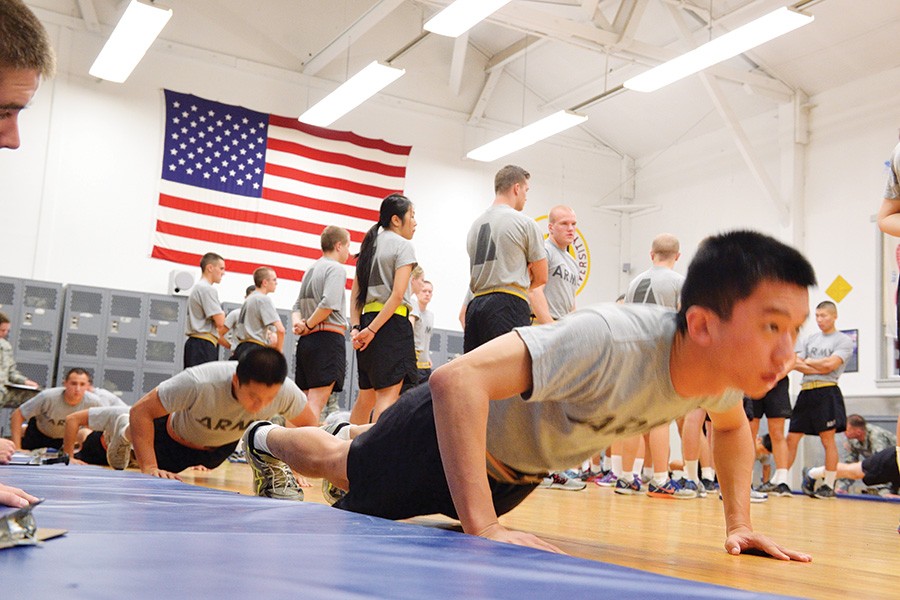 "President Ronald Reagan once said, 'The preservation of America's freedom is dependent on a strong defense. Our Armed Forces must be mentally and physically prepared at all times, leaving no doubt about this nation's will and ability to defend itself.' His words still hold true today.

"As future Army officers, ROTC cadets are required to be mentally and physically tough. The ideal officer is a scholar-athlete, capable of providing leadership in both a physical and mental capacity. Being physically fit has been shown to correlate with a higher ability to handle stress and a higher degree of general discipline. Besides being necessary to be effective on the battlefield, physical fitness is important in ROTC because it's a key component to being an effective leader.

"In order to prepare ourselves for future leadership as Army officers, Blue Jay Cadets meet for PT—physical training—three mornings of the week in order to build and maintain physical fitness. In addition, cadets are required to take the Army Physical Fitness Test around three times every semester.

"The APFT measures a cadet's muscular endurance and cardiorespiratory fitness and consists of three events: pushups, situps, and a two-mile run. Each event is assigned a value of 100 points. A minimum passing score is 180, with at least 60 points earned in each event. As one of the top ROTC battalions in the nation, Blue Jay Cadets are expected to consistently earn a minimum of a 290 on the APFT by their junior year.

"The Blue Jay Battalion, and the Army in general, expects such a high degree of fitness from its future officers because officers are, in all things, expected to 'lead from the front.' Few soldiers will respect or desire to follow a leader who puts less effort into their training than the soldiers do, and who lags behind. A high APFT score is important because it helps build respect and demonstrates dedication on the officer's part to being an effective leader."