Susan Boswell, who has spent nearly three decades at Johns Hopkins as an advocate for student interests, will take on a new role this summer with a special focus on addressing sexual violence and gender equity on campus, Kevin G. Shollenberger, vice provost for student affairs, announced recently in an email to students, faculty, and staff. 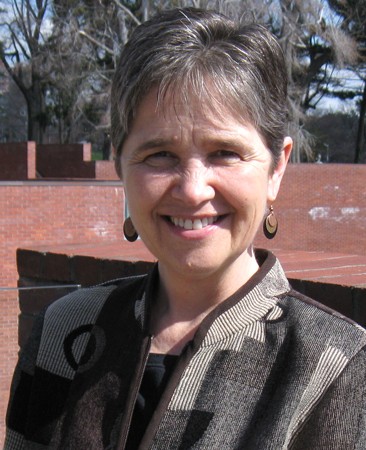 Boswell, who has been dean of student life on the Homewood campus since 2001, will be special adviser to the vice provost for student affairs beginning July 1.

"Susan has in so many ways worked to make a difference in the lives of students and to make the Homewood campus a more welcoming, vibrant, and supportive place," Shollenberger wrote.

Boswell was appointed dean of student life (a new position at the time) after 13 years as dean of students. In that role, she has championed a personal approach to working with students and has been a strong advocate for student service and volunteerism. She was instrumental in establishing the Office of Multicultural Student Affairs and expanding Campus Ministries to serve an increasingly diverse student population.

"It is a great privilege to be part of an individual's journey from adolescence into young adulthood," Boswell says, "and to be trusted enough to hear their greatest concerns and worries and work with them to manage and overcome these."

In her new role, Boswell will work to establish programs and services that foster gender equity and to develop support services and strategies that address sexual assault and gender violence. She will also collaborate on a new case-management structure for students to ensure that they have access to the university resources they need.

"We are fortunate to have in this important position someone with Susan's collaborative approach to leadership and deep understanding of and affection for the Johns Hopkins community," Shollenberger wrote. "We are grateful for her ongoing dedication to the university and for her many accomplishments. In her new role … Susan will continue to champion a spirit of community, connection, and inclusivity among students."

Boswell arrived at Johns Hopkins in 1986 as a special assistant to the dean of students and became dean two years later, after also serving as director of student activities. She is a 1977 graduate of the State University of New York College at Cortland and earned a doctorate in counseling psychology at Northern Arizona University in 1986.