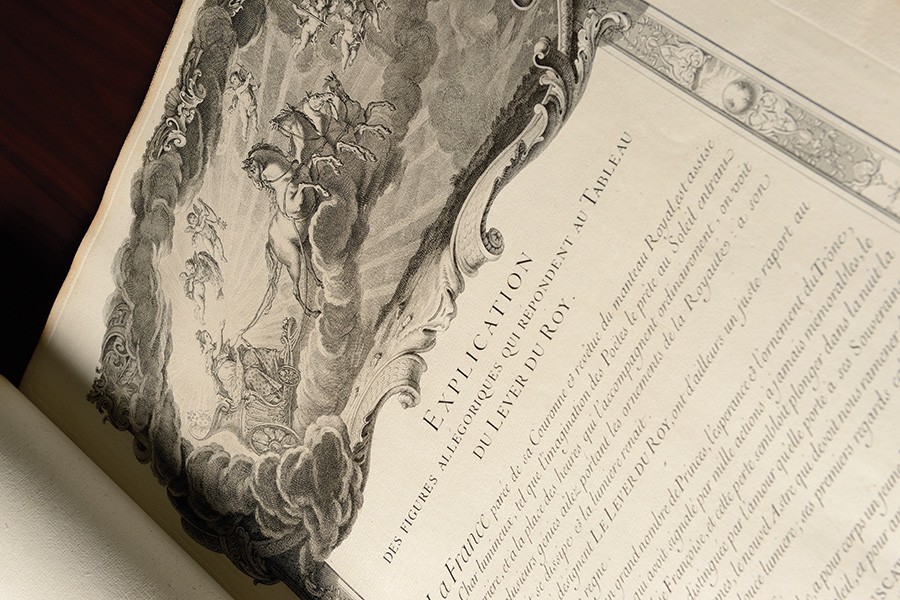 Caitlin Hoff, Class of 2014 French language and literature major and classics minor in the Krieger School of Arts and Sciences

"I spent a semester abroad in Paris, and while there I became very interested in studying French culture and literature. When I returned to school, I asked my adviser, Wilda Anderson, if there were summer internships or research projects I could work on, and she pointed me to Earle Havens [curator of early books and manuscripts in the Sheridan Libraries], who showed me these amazing festival books, which are these elaborate books detailing the celebrations and spectacle of the French, Italian, and Spanish courts of the 17th and 18th centuries. I received a Dean's Undergraduate Research Award to research these books over the summer. They were so interesting that I thought they deserved their own exhibition [which was realized at the Eisenhower Library].

"In these books the noblemen are displaying their immense power. A duke, or a count, or whoever could point to one of the elaborate engravings and say, 'Here I am—10 places away from the king.' It would be like an album on Facebook: 'Look at this awesome thing I did. I'm so important.' So these books are kind of the Twitter or the Facebook of the early modern [period] because aristocrats would show off these amazing spectacles that they were able to put into place.

"This is my favorite one, and I love it because the allegory is so apparent. This is Louis XV's sacrament and shows the process of the king's coronation. So it has a picture of him waking up, his levée. And it's really silly, but the king would order certain people to do menial tasks, but these tasks—like putting on the left sleeve of his robe—were very important. And everyone had a task based on his social position.

"But here it shows the king as the personification of France, bursting through a dark sky, illuminating it. And this quotation says, 'He sparkles as soon as he awakens.' So the king is lighting up this dark void, and these little cherubs are representative of the arts and sciences—he is allowing for all this artistic and scientific exploration and growth. It's like a Bravo special in a book—and Louis XV is rolling in his grave as I say that."