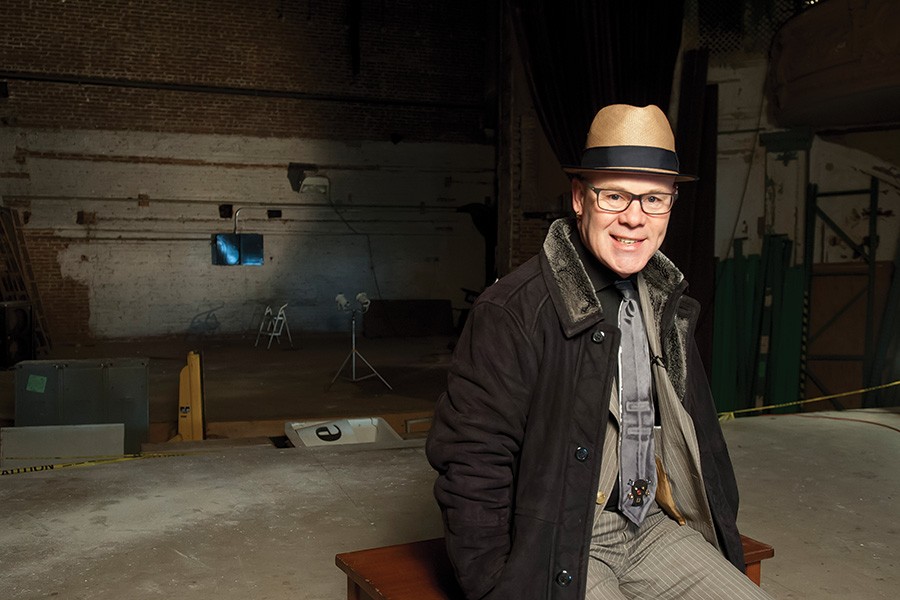 Thomas Dolby, creator of the memorable 1980s synthpop anthem "She Blinded Me With Science," will join the Johns Hopkins faculty as the first Homewood Professor of the Arts.

Since the debut of his hit single in 1982—which reached No. 5 on the U.S. Billboard chart—Dolby, now 55, has been at the forefront of digital music, pioneering ways to merge the music with film, technology, and science.

Starting in the fall, he will be teaching Sound on Film, a collaboration between the Krieger School of Arts and Sciences' Film and Media Studies program and the Peabody Institute's Recording Arts and Sciences program, in which students create soundtracks for films.

Dolby also will be the artistic director of the Program in Sound on Film at Station North, helping to lead the university's efforts in Baltimore's blossoming arts and entertainment district.

"There's a family of arts industries that all use digital technologies," Katherine S. Newman, dean of the Krieger School, told The Baltimore Sun. "We're trying to create what I think of as a Silicon Valley for the arts while teaching our students the skills they'll need. It's a natural fit for us because scientists and artists are both outside-the-box thinkers."

With the 1982 release of his first album, The Golden Age of Wireless, Dolby became an unlikely pop star. His quirky video for the single "She Blinded Me With Science" was played in heavy rotation in the early days of MTV. Stephen Holden, writing in The New York Times, once called the single a "pop tone poem."

In 1994, Dolby founded Headspace Inc. and created the Beatnik audio engine, an early software synthesizer. The product was designed as a component for video games, and Dolby immediately saw its potential for use in early Web browsers. While working with the founders of Netscape, Dolby licensed Beatnik to Sun Microsystems for use in the Java programming language. Beatnik came to the attention of Nokia engineers, who sought a sound solution for their mobile phones. Ultimately, ringtones proved the most robust market for the Beatnik audio engine, and by 2005 Dolby's technology was in more than half the world's mobile phones.

Over two decades, Dolby adapted his musical vision to feature films, video games, and electronic sound technology. He has written scores for films by Ken Russell and Richard Brooks, and his music has been featured in dozens of films and television shows, from Mission Impossible III to Breaking Bad.

Dolby served as musical director for the TED (Technology, Entertainment, Design) conferences from 2001 to 2012. Last year, he toured the U.S. performing a live soundtrack to his award-winning documentary short The Invisible Lighthouse, which he shot, scored, and edited himself.

Dolby's position at Johns Hopkins is supported by a grant from the Andrew W. Mellon Foundation.