Katherine Newman, who has served as dean of Johns Hopkins' Krieger School of Arts and Sciences for nearly four years, has been appointed provost and senior vice chancellor for academic affairs at the University of Massachusetts, Amherst. 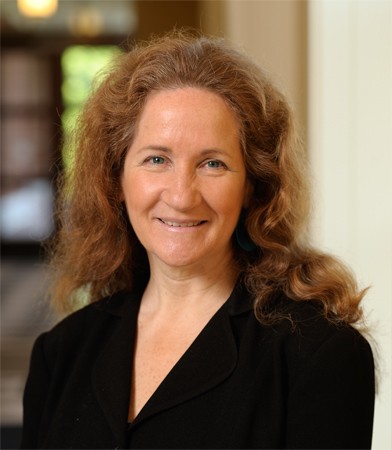 Newman will take over as the chief academic officer this summer at UMass, where she will oversee education, research, and scholarship, with responsibility for 10 schools and colleges.

"UMass's gain is truly our loss," Johns Hopkins President Ronald J. Daniels wrote in an email message announcing Newman's departure to faculty, staff, and students. "Since her arrival at Johns Hopkins, Dean Newman has brought us innovative ideas, boundless energy, and unflagging faith in the potential of the Krieger School."

"We are delighted that Katherine Newman will be bringing her vision, energy, and extraordinary talents to the commonwealth's flagship campus," UMass Amherst Chancellor Kumble R. Subbaswamy said in a UMass announcement. "She is not only a highly respected researcher and author but also a creative administrator who has achieved excellence in advancing undergraduate and graduate education as well as research endeavors."

Newman joined Johns Hopkins in September 2010 as the James B. Knapp Dean and a professor of sociology at the Krieger School. There, she has expanded the Arts and Sciences faculty, improved faculty support, and worked to elevate the stature of the arts within the undergraduate curriculum. She has been integral, Daniels said, in expanding the relationship between Johns Hopkins and the nearby Maryland Institute College of Art and in building a new creative presence in Baltimore's Station North Arts and Entertainment District, including the renovation of the historic Parkway Theatre.

Newman has overseen the opening of the new Undergraduate Teaching Laboratories, supported new ideas in teaching through the provost's Gateway Sciences Initiative, supported independent undergraduate scholarship with the creation of the Dean's Undergraduate Research Awards, and played leading roles in the launch of the Bloomberg Distinguished Professorships initiative and the new Institute for the American City.

Also, Daniels noted, she hosted dozens of dinners at her home.

"These welcoming meals—more than 100 over four years—provided a new forum for students and faculty to come together and engage in important conversations around critical issues—the quintessence of what it means to be part of a probing academic community," he wrote.

Much of Newman's scholarly work has focused on the lives of the working poor and mobility up and down the economic ladder. She also has investigated the impact of tax policy on the poor; the history of public opinion's impact on poverty policy; school violence; and the impact of globalization on young people in Italy, Spain, Japan, and South Africa, among other issues.

She is the author of 12 books, the latest of which—After Freedom: The Rise of the Post-Apartheid Generation in Democratic South Africa, an analysis of the political aspirations and social dilemmas of women and men now in their 30s, for whom apartheid is a childhood memory—was released this week. The Accordion Family, published in 2012, examines global competition in youth labor markets and the prolonged stay in the natal home that is unfolding as a result in Western Europe, Japan, and the United States. In 2011, Newman published Taxing the Poor: Doing Damage to the Truly Disadvantaged, an analysis of the impact of regressive taxation on poverty-related outcomes.

"I am very devoted to scholarly work, to my role as a public intellectual, and to working, as the UMass faculty do, to further the mission of research," Newman said in the UMass announcement. "I don't mind staying up at night and using vacations to continue this preoccupation while devoting the rest of my waking hours to leadership."

Before joining Johns Hopkins, Newman was the Malcolm Stevenson Forbes '41 Professor in the Woodrow Wilson School of Public and International Affairs and the Department of Sociology at Princeton University, where she had taught since 2004. From 2007 until her departure for Johns Hopkins, she directed the universitywide Princeton Institute for International and Regional Studies. She also founded and chaired the university's joint doctoral program in social policy, sociology, and politics and psychology.

Previously, during eight years at Harvard University, she was the first dean of social science at the Radcliffe Institute for Advanced Study. While there, she designed a universitywide research program in the social sciences, promoting collaboration among faculty from the arts and sciences, public health, medicine, law, and education. She also has served on the faculties of Columbia University and the University of California, Berkeley.

"My deepest thanks go to Katherine for her many contributions to our university," Daniels wrote, adding that an announcement about the appointment of an interim dean and a search for a new dean for the Krieger School will be made soon. "I will be watching her new work at UMass with great anticipation."