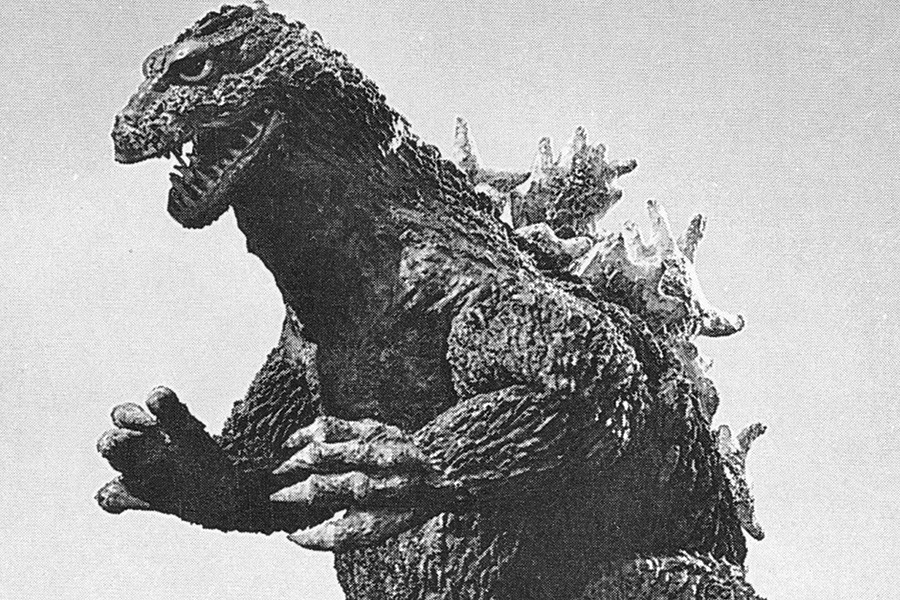 Much has changed in the world in the 60 years since Toho studios first terrified audiences with a monster called Godzilla attacking Tokyo. The creature of director Ishiro Honda's 1954 movie was the byproduct of science run amok, the total destruction rendered by nuclear explosions so decimating that nature responded with something just as lethal.

After that first film, though, Godzilla evolved from threat to hero, becoming the creature that protects people from other monsters. Mechagodzilla, Mothra, Megalon—Godzilla handled them all over a series of 28 movies, as well as in comic books, on television shows, and in video games.

Trailers for the Godzilla reboot, which opens in theaters May 16, suggest that the monster has returned to his destructive origins. And in the spring 2014 class Godzilla and Fukushima: Japanese Environment in History and Films, Yulia Frumer, a Johns Hopkins assistant professor in the Krieger School's Department of History of Science and Technology, who specializes in East Asia, looks at environmental catastrophes in Japan through the Godzilla lens, putting historical context around the genre fantasy. We spoke to her about why Godzilla might be returning as a threat today.

We think of Godzilla as this metaphor for nuclear devastation but in the abstract—that's just the back story for this character. Was that nuclear threat more pronounced for Japanese audiences when the movie first came out?

When Godzilla was released in the States, they totally remade it. They inserted an American character, a journalist who seemed to play a major role in the plot, and edited out everything that sounded like a criticism of U.S. military force. Godzilla became just a monster movie. But when it was initially released in Japan, it was different. It evoked a lot of associations among the Japanese that Americans didn't have. There are explicit references to the atomic bombings of Hiroshima and Nagasaki, and fire bombings of Tokyo during World War II. These were less than 10 years away when the movie was released in 1954. Godzilla's skin looks like the burns of the bombing victims, and his breath itself is a destructive fire. Godzilla also referenced the Lucky Dragon fishing boat. In March 1954 a fishing boat was sailing in the Pacific when fisherman saw a bright light and felt the blast coming from the American hydrogen bomb test in the Bikini Atoll islands. The fishermen suffered from radiation sickness and one soon died. The very first scene in 1954's Godzilla basically replicates this event. We see the fishermen's boat, a sudden flash of light, and the boat burns down. In the film, it's Godzilla, the monster, that burns the ship. But every Japanese viewer who saw it in '54 recognized the reference to the Lucky Dragon.

But now we're going to be seeing a new Godzilla movie in the shadow of another nuclear disaster, the 2011 Fukushima nuclear power plant meltdown.

Yes, it comes full circle. In all the movies between, where Godzilla fights other monsters, radioactivity and nuclear power were not that important. In the period of "Atoms for Peace" policies, they were pure entertainment. But now, with the recent events in Fukushima, we are coming back to the original film's thinking about what humans' playing with the environment could have caused. In the trailer, the scientist character is saying, 'We are playing with nature, and it's all going to come back on us.' That's almost an exact quote from the original movie.

It's funny—contemporary remakes of popular genre films kind of act like origin myths, resetting the storyline for a new generation of fans. But here that reset is like an indictment—we're returning to the problem of man's use or misuse of science and what it does to the environment, like we didn't learn from a first mistake. It's a return to that theme.

In the original Godzilla movie it was a double theme. On the one hand, science brought nuclear bombs and created Godzilla. But on the other hand, science is what saves Tokyo. There is a biologist who tries to study and understand Godzilla, and a chemist who invents the weapon that eventually destroys Godzilla. The latter is afraid his science would be misused, so he chooses to die with Godzilla and not reveal how he made the weapon. I'm really curious to see if this trope is repeated in the new movie as well. In general, it would be interesting to see how old themes are adjusted to the modern-day context.