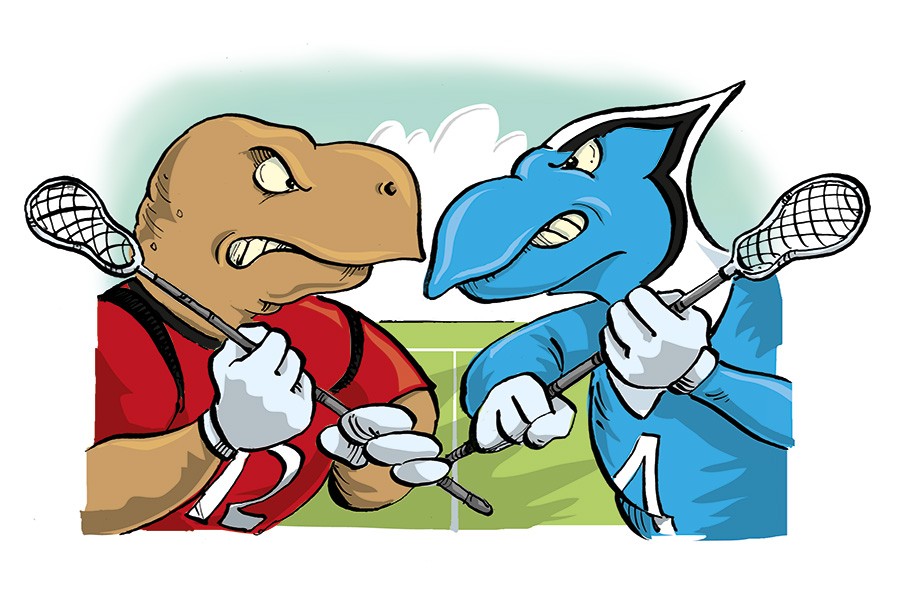 On April 12, Homecoming Day at Johns Hopkins, the men's lacrosse Blue Jays will do battle with the Terps from the University of Maryland for the 111th time. The Gazette decided to take a glance at this long-standing grudge match, ranked by Sports Illustrated as among the best all-time college rivalries, and widely considered the most historic in lacrosse.

Impressive: JHU is the only team with a winning record vs. the Terps.

Thrillers: Four of the last 12 meetings have gone to overtime.

21: Number of times either team has been ranked No. 1 entering its matchup. JHU is 15-6 in these instances.

Yeah, They're Kinda Good: Since NCAA lacrosse rankings started in 1973, both teams have been ranked in the top 20 for each meeting.

Playoffs Head-to-Head: The two teams have faced each other 13 times in the NCAA Tournament, with Johns Hopkins winning nine.

Streaking: Johns Hopkins has won 14 of the last 20 clashes between the two.

Never Speak of 1973: Ranked No. 1 and No. 2 in the nation, JHU and UMD faced off twice. The Terps won both meetings, including a 10-9 victory in double OT to win the NCAA title.

Revenge: The following year, the Blue Jays beat the Terps 17-12 in the playoffs to claim their first NCAA title. JHU bested Maryland in the 1979 title game, too.

Our Bad: In 1934, several Johns Hopkins students ripped Testudo, the bronze Terrapin mascot installed just a year earlier on the College Park campus, from its mount and painted "J.H.U." on the spot where the turtle stood. Testudo was found on the Homewood campus and later returned.

Our Bad, Part II: Just before the two teams faced off for the final match of 1947, Johns Hopkins students stole and then buried Testudo on the Homewood campus. After a spirited melee between JHU and UMD students, Johns Hopkins Dean G. Wilson Shaffer ordered the guilty parties to unearth and return the statue. They did, but not before painting an "H" on the turtle's back.