President Daniels' contract renewed by JHU board of trustees 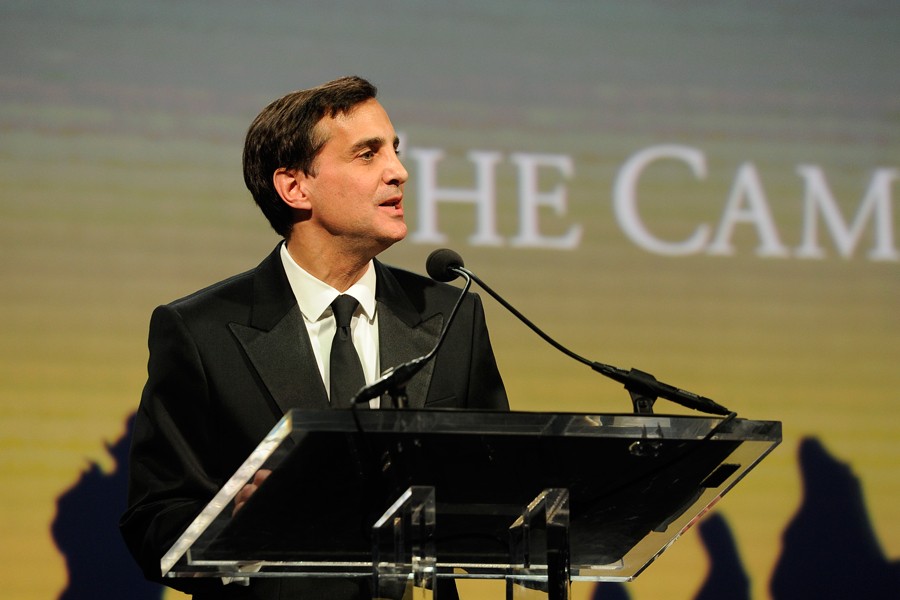 Image caption: Johns Hopkins University President Ronald J. Daniels speaks at the "Rising to the Challenge: The Campaign for Johns Hopkins" kickoff event in May 2013.

The university's board of trustees has voted to renew the contract of President Ronald J. Daniels, keeping him at the helm of the nation's first research university for another five years. The unanimous board action signaled a strong and clear endorsement for Daniels, who has been instrumental in leading and advancing the mission of the university.

"We selected Ron Daniels as Johns Hopkins' 14th president because we saw in him a leader who would challenge us in new ways, build upon our tremendous strengths, and develop a lasting consensus for what Johns Hopkins can, should, and will be in the 21st century," Aronson says.

Daniels was elected president in November 2008 and took office the following March. Early in his tenure, he laid out three themes to his presidency: fostering individual excellence, enhancing collaboration across schools and disciplines, and strengthening the university's commitment to its communities.

Much of Daniels' work has been guided by a vision developed through conversations with faculty, students, staff, alumni, deans, trustees, and members of the Baltimore community. The result of those conversations are outlined in Ten by Twenty, a set of priorities for the university through the remainder of the decade.

The goals of the Ten by Twenty will be advanced by Rising to the Challenge, the institution's largest fundraising campaign, aimed at raising $4.5 billion by 2017 to fund discovery and scholarship, advance health, identify innovative solutions to global problems, and bolster support for students and faculty. The campaign, which began quietly in early 2010, has raised more than $2.37 billion, reaching its halfway goal ahead of schedule.

Gifts and pledges include the largest gift ever to Johns Hopkins, $350 million from alumnus and former New York City Mayor Michael Bloomberg. Of that, $250 million will endow chairs for 50 new Bloomberg Distinguished Professors, leaders in cross-disciplinary, cutting-edge scholarship and research, the largest cohort of its kind to be recruited in North America. Another $100 million from Bloomberg will fund need-based financial aid for undergraduate students.

Through these initiatives and other core priorities, the university is bringing together interdisciplinary teams of faculty and students—from the institution's renowned academic medical center to the SAIS global community—to address major societal problems. In his tenure, Daniels has invested heavily in people. During this time, the university established 100 new endowed faculty chairs and has become more accessible, increasing undergraduate financial aid 37 percent since 2009, to $68.9 million in 2013. On his watch, the admissions yield rate for undergraduates has increased (from 31 percent to 39 percent), as has the diversity of the freshman class (from 13 percent underrepresented minorities to 21 percent).

Other initiatives include introducing seed funding to reimagine gateway science courses across the university and creating summer internships for undergraduates, placing them with nonprofit and government agencies in Baltimore to work on community projects. On the graduate level, the university has augmented financial support for graduate and professional students, created a universitywide PhD Board to oversee doctoral programs and policies, and seeded the PhD Innovation Fund to inspire new approaches to graduate education.

To support faculty, staff, students, and others throughout our community, a number of buildings have opened during his presidency, including the Undergraduate Teaching Labs, the Brody Learning Commons, the Cordish Lacrosse Center, Malone Hall, the Sheikh Zayed Clinical Tower, and the Charlotte R. Bloomberg Children's Center.

Daniels has prioritized the university's commitment to its communities, investing millions in neighborhood programs, small businesses, and education through East Baltimore Development Inc. and the Homewood Community Partners Initiative.

Over the past five years, Hopkins has more than doubled its financial commitment to EBDI, supporting projects across the community, from helping to renovate a historic market to attracting national retailers. Additionally, Johns Hopkins has provided significant leadership and support for the Henderson-Hopkins School, the first new public school building to open in East Baltimore in more than 20 years.

Through HCPI, a collaborative venture launched two years ago, the university committed $10 million, which has leveraged another $10 million. With its community partners, Johns Hopkins supported major renovations at two elementary schools near the Homewood campus and, elsewhere in the HCPI footprint, is collaborating with the Maryland Institute College of Art to create an undergraduate film program.

Daniels' administration is also rolling out new goals for hiring and promoting Baltimore City residents and for making purchases from local businesses and those owned by women and minorities.

Aronson said that in these key areas and others, including innovation, diversity, sustainability, employee support, and outreach to alumni at home and around the globe, Daniels has worked closely with the board of trustees, deans, administrative colleagues, faculty, students, and the entire Johns Hopkins community. 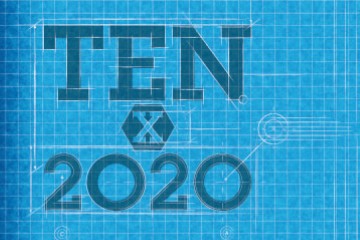 Published Nov 2012
President Daniels unveils draft framework of 10 goals for the university as it marches toward 2020, a vision called Ten by Twenty / Gazette