Johns Hopkins expert shares his thoughts on the legalization of marijuana 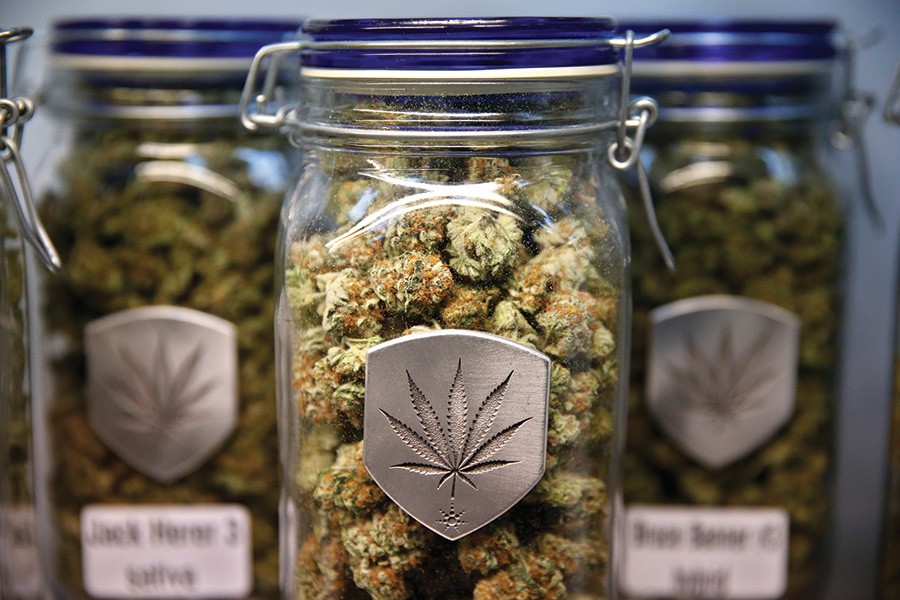 Image caption: Marijuana is now for sale at retail dispensaries in Colorado. Is that a good thing—or should we be worried?

There's little doubt that America's attitude regarding marijuana use is changing. A 2014 CNN poll found that 55 percent of Americans favor legalization of pot, versus just 18 percent in 1991. According to the National Institute on Drug Abuse, more than 18 million people nationwide used marijuana in 2011, and use among youth was particularly notable. A CDC biannual survey of ninth- through 12th-grade public school students found last year that roughly 40 percent had tried the drug at some point in their lives, with 23 percent saying they had smoked within the month before the survey.

With Colorado now offering pot for sale at retail dispensaries (Washington state will follow suit next year), many experts feel there's momentum for similar sales laws to pass across the nation. Still, marijuana use remains a contentious issue. On one hand, there's President Obama, who, having smoked pot in his youth, has said it's "not very different from the cigarettes I smoked. I don't think it is more dangerous than alcohol." Obama added that he favors expansion of recreational sales, yet his own administration's Office of National Drug Control Policy disagrees, saying on its website that such sales "would … pose significant health and safety risks to all Americans, particularly young people."

With questions swirling, we turned to Ryan Vandrey, a member of the Johns Hopkins School of Medicine's Behavioral Pharmacology Research Unit, for his take. Vandrey, who did his PhD thesis on the clinical significance of cannabis withdrawal, has extensively studied the use and abuse of marijuana.

Will the new retail sales of marijuana cause an explosion of use, especially among youth?

I don't think the change will be that big because when you look at the number of people already using marijuana while it's illegal, it's high, and almost all high schoolers surveyed said that even if they didn't smoke, it would be easy for them to get [marijuana] if they wanted to. So I don't think making it legal is going to change access for a lot of people.

What concerns you about the new retail dispensaries?

Without the feds being involved in oversight, like the FDA, there doesn't seem to be oversight of the product, and whether it's being appropriately evaluated for safety and product integrity. With alcohol, you have clear labeling on the bottle of whether it's 60 or 15 or 5 percent alcohol. So you know whether you should have one ounce or five ounces or 12 ounces in a single serving. With cannabis, the active ingredient, THC, can vary from 2–3 percent to 30 percent, and it's not clear whether the labeling is accurate and consistent. Your first hit of a smoked drug won't be experienced differently if it's 5 or 30 percent THC, and the effect may kick in when it's too late to go back. This could lead to a greater incidence of people getting paranoid, heart racing, anxiety, things that make people uncomfortable.

It's not just smoked cannabis being sold. In medical dispensaries there's cannabis ice cream, candy bars, butter. My concern is that from a public health standpoint, if you have a candy bar with 100 milligrams of THC in it, that seems a recipe for a 7-year-old kid getting ahold of it and having a very, very bad time.

So what advice would you give first-time users who wish to avail themselves of the new purchasing laws?

I'd say, Here's what you can expect. There's a list of different effects and experiences people have. It can range from feeling happy and giggly to feeling paranoid and scared. You don't know how you're going to feel. If you try it and have a bad reaction, it's unlikely to kill or injure you. If you like it, you should have constraint and support—if you don't, you could have dependency problems later on. Most people can try a drug and put it down and not have issues, whether they use it once or periodically throughout their life. But there is a subset of people who use it and have a bad outcome.

You can become dependent upon cannabis; it meets all the criteria for substance use disorder. The people who show up for treatment for cannabis tend to have the same problems as those who have alcohol, tobacco, or cocaine problems, and their success quitting is no better: anywhere from 5 to 40 percent at the end of treatment.