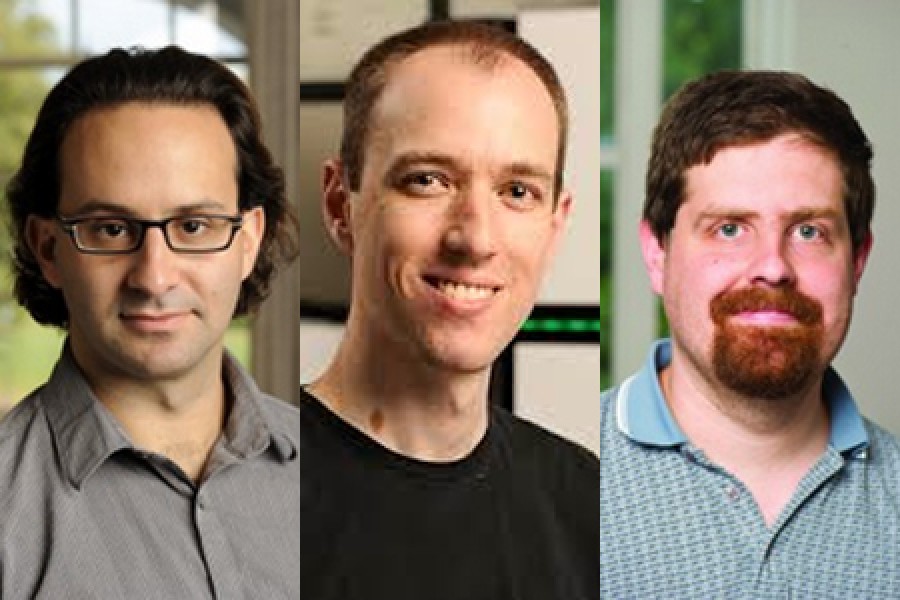 A theoretical physicist, a computer scientist, and a solid-state chemist at Johns Hopkins are 2014 recipients of the Sloan Research Fellowship, given annually to young scientists showing promise in their research areas.

The Alfred P. Sloan Foundation awards 126 two-year fellowships each year to young researchers in recognition of their distinguished performance and potential to make substantial contributions to their fields. The award is $50,000 for the two-year period. Candidates are nominated by a department chair or senior researcher.

Kaplan says the award dollars will help fund postdoctoral students working with him at Johns Hopkins and will allow him to collaborate with fellow researchers across the country.

"I'm grateful for the validation of my research," Kaplan says of the award. "This is particularly encouraging because I've chosen to work on a somewhat unusual range of topics, from quantum gravity, to collider physics to the study of materials exhibiting strange new phases of matter. I feel extremely lucky because I am able to consider whichever questions strike me as interesting, promising, or important."

Kaplan came to Johns Hopkins in 2013 from a postdoctoral position at the SLAC National Accelerator Laboratory at Stanford University. He received his bachelor's degree in physics and math from Stanford in 2005 and his PhD in physics from Harvard University in 2009.

McQueen says he's thrilled to receive the recognition and pleased that the "nondirected nature of the funds gives me the flexibility to follow my instincts and explore the most interesting scientific questions in solid-state materials chemistry."

McQueen was a postdoctoral research associate at MIT before coming to Johns Hopkins in 2010. He received his bachelor's degree in chemistry from Harvey Mudd College in 2004 and his PhD in chemistry from Princeton University in 2009.

Langmead says he is excited about the new directions his lab can take because of the award. "In my lab, we focus on making large life science data sets easy for everyday researchers to use," Langmead says. "The fellowship allows us to pursue new research priorities related to analysis of DNA sequencing data. Specifically, we will study new ways of enhancing the accuracy of common sequence analysis tools. We will also study ways of making it easy to analyze many publicly available sequencing data sets at once. Progress in these areas will allow scientists to marshal more data and more statistical power in their study of biology and disease."

Langmead received his PhD in computer science from the University of Maryland, College Park, in 2012. He was a research associate for three years in the Department of Biostatistics at the Johns Hopkins Bloomberg School of Public Health before becoming an assistant professor in the Whiting School in 2012.