Stephen Filippone, a senior in the Whiting School's Department of Materials Science and Engineering, has been selected as a recipient of a prestigious Gates Cambridge Scholarship for 2014–15. 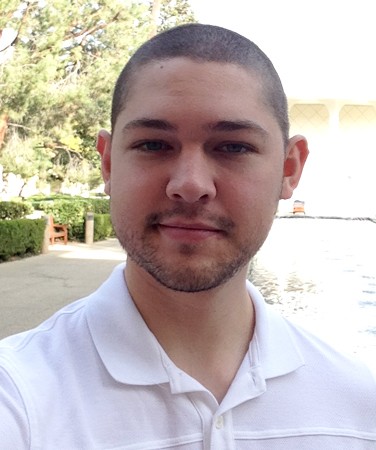 Gates Cambridge Scholarships recognize young people whose work has the potential for social/philanthropic impact by underwriting the cost of graduate degrees in any field at the University of Cambridge.

Filippone will pursue an MPhil in physics, studying the efficiency of conjugated polymer solar cells under the direction of Sir Richard Friend. Low-cost organic solar cells have great potential for providing inexpensive electricity to people living without it.

"The fact that I got the Gates and am going to Cambridge is still sinking in. I'm extremely excited to have this opportunity not only to study and go abroad but also to be part of the Gates Scholar community. Being part of that community will help me grow not only as a scholar but also as a leader," says the 21-year-old from Los Fresnos, Texas.

As an undergraduate, Filippone has sought out a diverse research portfolio combining significant experimental and computational experience at three universities.

At Johns Hopkins, he has worked in the lab of Michael Falk since his sophomore year; its biggest project has focused on molecular dynamics simulations that investigate transitions in various glass systems.

"Filippone has been the most productive undergraduate researcher I have supervised. He operates on the level of a graduate student. Not many undergraduate students choose computational research of the kind I engage in because of their lack of facility with and exposure to computing, but Stephen is the exception," says Falk, a professor in Materials Science and Engineering.

For three consecutive summers, at Northwestern and Vanderbilt, Filippone worked under the auspices of the National Science Foundation's Research Experiences for Undergraduates program.

In addition, he is a jazz musician and an outdoorsman, and has committed considerable time to various mentoring and STEM-education outreach programs.