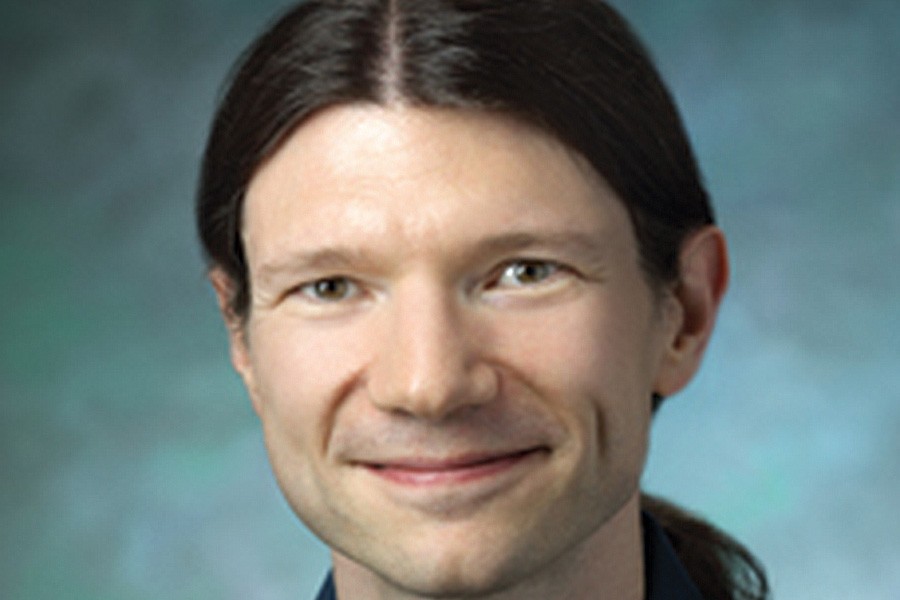 Sinisa Urban, a Howard Hughes Medical Institute early career scientist and an associate professor of molecular biology and genetics at the Johns Hopkins University School of Medicine, has been named one of 10 finalists for a new national award for young researchers in the life sciences. The honor recognizes Urban's work uncovering the mechanism of action for a notoriously difficult-to-study class of enzymes that are important to the functioning of an array of organisms, from bacteria to humans. If chosen, Urban will receive an unrestricted cash prize of $250,000 from the Blavatnik Family Foundation, the largest of its kind for young faculty.

"Sin's research is absolutely cutting-edge. He has pioneered new areas of biology and is extremely rigorous in his approach," says Carol Greider, a professor and director of the Department of Molecular Biology and Genetics. "It is wonderful to see him honored as a top young scientist; his work deserves this recognition."

The Blavatnik Family Foundation was begun by billionaire Len Blavatnik, an American industrialist, business leader, and philanthropist. This year, for the first time, the foundation will give a $250,000 nationwide award to a faculty-ranked scientist, 42 years of age or younger, in each of three disciplines: the life sciences, physical sciences and engineering, and chemistry. While the Nobel Prize and other recently created large awards, such as the Breakthrough Prize in Life Sciences, are usually given to well-established scientists who are late in their careers, the Blavatnik awards seek to provide recognition and financial support to outstanding scientists early in their careers, when they need it the most. Candidates will be judged on the rigor, impact, and novelty of their research, and on their potential for making additional groundbreaking contributions in their fields.

Born in Croatia and raised in Canada, Urban received his doctorate in molecular biology from the University of Cambridge, where he discovered the function of an unusual class of enzymes. So-called rhomboid proteases have been hard to study because they are embedded in the oily membranes of cells instead of in their watery centers. Like other proteases, rhomboid proteases cut proteins, but they have a novel architecture and a unique mechanism, cutting unstable proteins that come their way instead of cutting only proteins with a specific sequence. These insights, and the technical innovations required to gain them, have changed the way scientists understand membrane-embedded enzymes and could lead to improved treatments for a wide variety of diseases, from malaria to Parkinson's disease.

As a finalist, Urban will be honored at a symposium and dinner to be held July 8 at the New York Academy of Sciences. The final winners will be chosen later that month, and the awards will be conferred during a formal ceremony on Sept. 15 at the American Museum of Natural History in New York City.