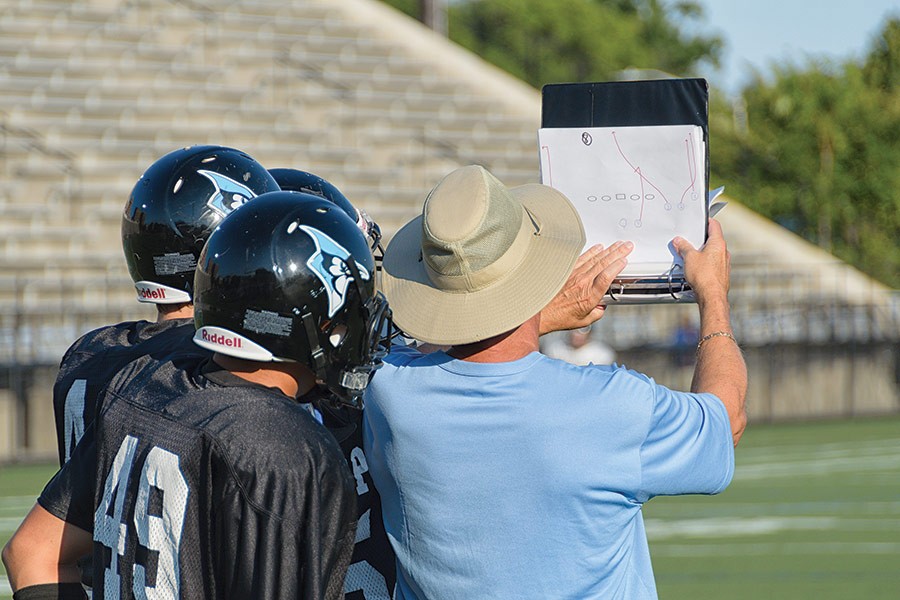 Johns Hopkins football head coach Jim Margraff says he used to shun preseason rankings and hype. Others could talk about how the team looked on paper, but he'd rather ignore the chatter.

These days, Margraff sees things differently. No longer the little team that could, the Blue Jays have become a force to be reckoned with in Division III football.

Johns Hopkins heads into the 2013 season ranked No. 17 in the D3football.com preseason Top 25. It marks the third time in program history that the team entered the season ranked in the top 20 in the nation. The Blue Jays also topped the preseason Centennial Conference poll for the fifth consecutive year and the eighth time since 2004.

The pundits expect Johns Hopkins to win often, and so does Margraff.

"If you want to be good, you have to learn to deal with expectations and even embrace them," says Margraff, now in his 23rd season as head coach. "Look at Alabama and the New England Patriots. I don't mean to say we're at that level, but those are teams that have high expectations year after year. Why wouldn't you want to be in their shoes?"

The team started preseason camp on Aug. 18. Among those reporting were a highly touted freshman class of 27 (from 14 different states) and 17 starters from last year's team, which spent the entire season ranked in the top 25. Among the returning starters are preseason All-Americans Armand Jenifer (tackle) and Ben Cranston (center), and First Team Academic All-American John Arena (safety).

Senior quarterback Robbie Matey returns to lead a group that averaged 485 yards of total offense last year, to rank 12th in the nation in that category. Matey will lean on a solid running game and the speed and pass-catching ability of senior wide receiver Daniel Wodicka.

Margraff expects the offense to once again put up a lot of points, and the defense to come up big.

"We've graduated some great players, but we bring back a lot of experience," Margraff says. "It's become a sports cliché, but it's true that our best players are also our hardest workers and team leaders. I'll look to players like Robbie Matey, Armand Jenifer, Dan Wodicka, and John Arena to lead us and help nurture this talented group of freshmen we have."

In terms of preseason preparation, Margraff says the team practices much less than it used to just a few years ago, owing to NCAA regulations and his own philosophy. He likes to keep things loose and positive, he says.

"We play music all through practice, a lot of classic rock. We try to make it the best two hours of the day," he says. "You can't have these student athletes come right from chemistry lab, and all the demands of a place like Johns Hopkins, to a practice that is misery. Don't get me wrong; we're intense, but it's a positive experience."

Johns Hopkins will open the 2013 season on Saturday, Sept. 7, when the Blue Jays travel to Ashland, Va., to take on Randolph-Macon. The team played the Yellow Jackets in last season's opening game, which JHU won 36-13.

"I'm excited to get going," Margraff says. "We have a goal to chase. We want to keep this winning tradition going, get into the playoffs, and then take it from there."