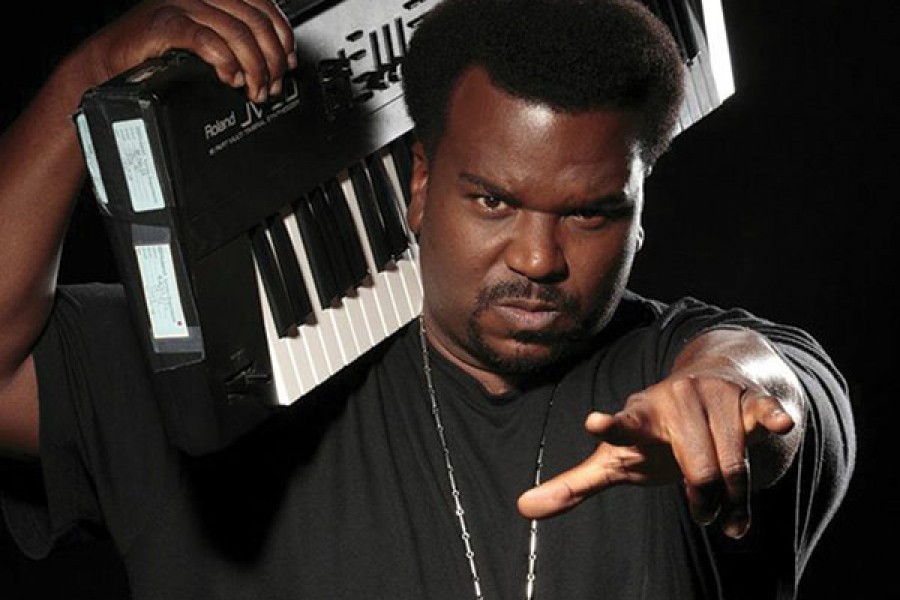 Actor and comedian Craig Robinson, who played Darryl the Dunder Mifflin paper company warehouse manager for nine seasons on The Office, will lead off the annual Milton S. Eisenhower Symposium at 8 p.m. on Tuesday, Sept. 10, in Shriver Hall Auditorium on the Homewood campus. Doors open at 7:30 p.m.

Robinson's appearance, co-sponsored by the HOP, is the first of five events making up this year's undergraduate-run symposium, titled Learning From Experience: The Path Ahead for Generation Y.

Also scheduled to visit Homewood this fall are Jon Favreau, former director of speechwriting for President Barack Obama, Wednesday, Oct. 2; Kal Penn, actor and former associate director of the White House Office of Public Engagement, Tuesday, Oct. 8; retired CIA intelligence officers Tony and Jonna Mendez (Tony was portrayed by Ben Affleck in the Academy Award–winning Argo), Wednesday, Oct. 16; and former longtime Congressman Ron Paul, Friday, Nov. 1. All lectures are at 8 p.m. in Shriver Hall Auditorium. Each talk lasts approximately 45 minutes and is followed by a question-and-answer period and a reception with the speaker.

Established in 1967 to honor the university's eighth president, the annual MSE Symposium is free and open to the public. Students invite renowned speakers and coordinate every aspect of the series in an effort to share a variety of perspectives on issues of national importance.

The students are selling $90 season passes that will secure seating near the stage. Reserved seats also can be purchased for one event at $25. For details, go to http://jhu.edu/mse.